The latest covid-19 surge, caused by a shifting mix of quickly evolving omicron subvariants, appears to be waning, with cases and hospitalizations beginning to fall.

Like past covid waves, this one will leave a lingering imprint in the form of long covid, an ill-defined catchall term for a set of symptoms that can include debilitating fatigue, difficulty breathing, chest pain, and brain fog.

Although omicron infections are proving milder overall than those caused by last summer’s delta variant, omicron has also proved capable of triggering long-term symptoms and organ damage. But whether omicron causes long covid symptoms as often — and as severe — as previous variants is a matter of heated study.

Michael Osterholm, director of the University of Minnesota’s Center for Infectious Disease Research and Policy, is among the researchers who say the far greater number of omicron infections compared with earlier variants signals the need to prepare for a significant boost in people with long covid. The U.S. has recorded nearly 38 million covid infections so far this year, as omicron has blanketed the nation. That’s about 40% of all infections reported since the start of the pandemic, according to the Johns Hopkins University Coronavirus Research Center.

Long covid “is a parallel pandemic that most people aren’t even thinking about,” said Akiko Iwasaki, a professor of immunobiology at Yale University. “I suspect there will be millions of people who acquire long covid after omicron infection.”

Scientists have just begun to compare variants head to head, with varying results. While one recent study in The Lancet suggests that omicron is less likely to cause long covid, another found the same rate of neurological problems after omicron and delta infections.

Estimates of the proportion of patients affected by long covid also vary, from 4% to 5% in triple-vaccinated adults to as many as 50% among the unvaccinated, based on differences in the populations studied. One reason for that broad range is that long covid has been defined in widely varying ways in different studies, ranging from self-reported fogginess for a few months after infection to a dangerously impaired inability to regulate pulse and blood pressure that may last years.

Even at the low end of those estimates, the sheer number of omicron infections this year would swell long-covid caseloads. “That’s exactly what we did find in the UK,” said Claire Steves, a professor of aging and health at King’s College in London and author of the Lancet study, which found patients have been 24% to 50% less likely to develop long covid during the omicron wave than during the delta wave. “Even though the risk of long covid is lower, because so many people have caught omicron, the absolute numbers with long covid went up,” Steves said.

A recent study analyzing a patient database from the Veterans Health Administration found that reinfections dramatically increased the risk of serious health issues, even in people with mild symptoms. The study of more than 5.4 million VA patients, including more than 560,000 women, found that people reinfected with covid were twice as likely to die or have a heart attack as people infected only once. And they were far more likely to experience health problems of all kinds as of six months later, including trouble with their lungs, kidneys, and digestive system.

Researchers say the study, published online but not yet peer-reviewed, should be interpreted with caution. Some noted that VA patients have unique characteristics, and tend to be older men with high rates of chronic conditions that increase the risks for long covid. They warned that the study’s findings cannot be extrapolated to the general population, which is younger and healthier overall.

“We need to validate these findings with other studies,” said Dr. Harlan Krumholz, director of the Yale New Haven Hospital Center for Outcomes Research and Evaluation. Still, he added, the VA study has some “disturbing implications.”

With an estimated 82% of Americans having been infected at least once with the coronavirus as of mid-July, most new cases now are reinfections, said Justin Lessler, a professor of epidemiology at the University of North Carolina Gillings School of Global Public Health.

Of course, people’s risk of reinfection depends not just on their immune system, but also on the precautions they’re taking, such as masking, getting booster shots, and avoiding crowds.

New Jersey salon owner Tee Hundley, 43, has had covid three times, twice before vaccines were widely available and again this summer, after she was fully vaccinated. She is still suffering the consequences. 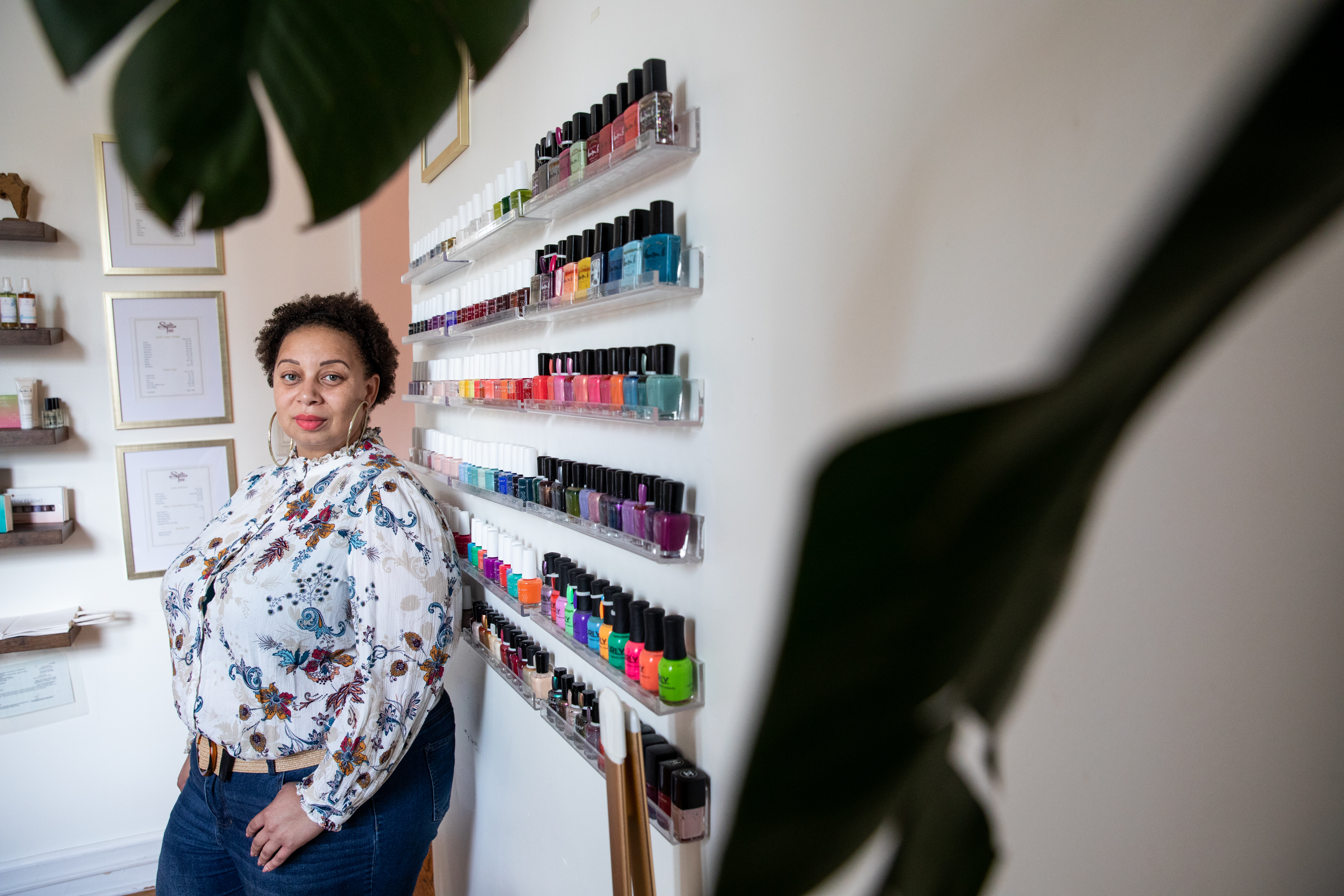 After her second infection, she returned to work as a cosmetologist at her Jersey City salon but struggled with illness and shortness of breath for the next eight months, often feeling like she was “breathing through a straw.”

She was exhausted, and sometimes slow to find her words. While waxing a client’s eyebrows, “I would literally forget which eyebrow I was waxing,” Hundley said. “My brain was so slow.”

When she got a breakthrough infection in July, her symptoms were short-lived and milder: cough, runny nose, and fatigue. But the tightness in her chest remains.

“I feel like that’s something that will always be left over,” said Hundley, who warns friends with covid not to overexert. “You may not feel terrible, but inside of your body there is a war going on.”

Although each omicron subvariant has different mutations, they’re similar enough that people infected with one, such as BA.2, have relatively good protection against newer versions of omicron, such as BA.5. People sickened by earlier variants are far more vulnerable to BA.5.

Several studies have found that vaccination reduces the risk of long covid. But the measure of that protection varies by study, from as little as a 15% reduction in risk to a more than 50% decrease. A study published in July found the risk of long covid dropped with each dose people received.

For now, the only surefire way to prevent long covid is to avoid getting sick. That’s no easy task as the virus mutates and Americans have largely stopped masking in public places. Current vaccines are great at preventing severe illness but do not prevent the virus from jumping from one person to the next. Scientists are working on next-generation vaccines — “variant-proof” shots that would work on any version of the virus, as well as nasal sprays that might actually prevent spread. If they succeed, that could dramatically curb new cases of long covid.

“We need vaccines that reduce transmission,” Al-Aly said. “We need them yesterday.”