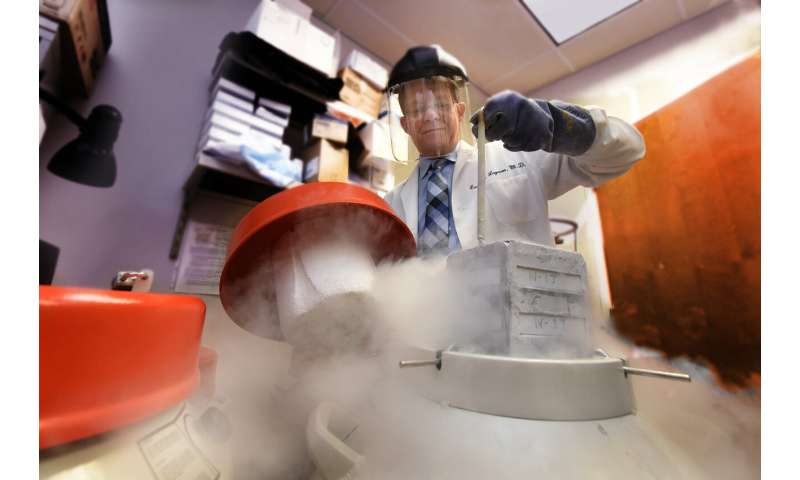 A percentage of females are born with a missing or underdeveloped vagina and uterus, and scientists are working to analyze the genes of hundreds of them to get a better idea about causes, improve genetic counseling and ideally treatment.

Developmental abnormalities of the vagina and uterus occur in about 7-10 percent of women, the most extreme is the absence of both in a condition known as Mayer-Rokitansky-Küster-Hauser, or MRKH, syndrome, says Dr. Lawrence C. Layman, chief of the Section of Reproductive Endocrinology, Infertility and Genetics at the Medical College of Georgia at Augusta University.

Individuals with MRKH can also have seemingly unrelated problems like only having one kidney as well as skeletal, heart valve and hearing problems.

While MRKH is considered a genetic disorder, its genetics are poorly understood, Layman says. There’s convincing evidence that variations in only two genes—WNT4 and HNF1B—are causative and those account for less than 1-2 percent of cases and have only been studied in a handful of patients.

Layman is principal investigator on a $2.6 million grant from the National Institute of Child Health and Human Development of the National Institutes of Health that will enable use of high throughput sequencing and other techniques to look for more genetic causes of the condition that affects about 1 in 5,000 female babies. “We hope that we will find more causative genes. We think we will,” Layman says.

It’s also enabling the first comprehensive analysis of the frequency and spectrum of variants of the two known genes as well as four proposed genes, including ZNHIT3, discovered by Layman, in patients and their families.

“Our goal is to find causes, and we learn a lot from genetics. If you find mutations in genes, it can tell you more about what the normal gene function is and may still help later down the road in treatment,” Layman says.

It may also provide insight into more common and less severe uterine anomalies that result in infertility and recurrent pregnancy loss, Layman says.

While today there are no treatments that directly address even the two gene variants already considered causative in MRKH, the information will enable physicians to give better information to the typically young patients and their families today and may lead to targeted treatments in the future, says Layman, who holds the Robert B. Greenblatt, MD, Ph.D. Chair at MCG.

In addition to his own patients, collaborations with the support and advocacy group Beautiful You MRKH Foundation and Vanderbilt University mean the grant begins with blood to examine from about 200 patients. Layman hopes with the help of his collaborators, they can examine hundreds more.

“We hope we will get another 200 to 400 patients because sequencing a large number gives you a much higher chance of finding something,” Layman says, noting the already great support of Beautiful You MRKH and its members.

Existing samples include blood from more than 40 patients with MRKH and three of their first-degree, unaffected relatives and another nearly 30 patients and two first-degree relatives.

It’s the family samples that will enable further exploration of how MRKH is inherited, since some families have more than one affected member but just how that occurs is unclear, Layman says. The investigators suspect—but want to confirm—that it’s an autosomal defect—meaning not on a sex chromosome—since it could be passed from males to females and females to males.

“It probably has an effect in men too, but we don’t know for sure,” says Layman. He notes a condition called hypospadias, when the urethra—the channel through which semen and urine flow—does not reach to the end of the penis, rather its opening is on the penis’ underside. In fact, one of the families he has not yet studied includes a male who appears to have hypospadias.

To enable the first comprehensive look at the frequency and spectrum of variants in a family, the investigators are performing whole exome sequencing, or WES, that looks at all protein coding genes in their DNA, as well as whole genome sequencing to better ensure they are detecting all the variants.

They also are looking further at how—and if—the gene Layman found results in MRKH, with plans to develop a mouse missing the gene as an animal model for MRKH.

“As these variants emerge, the animal model will emerge as well,” says Layman, who has preliminary evidence that a wide variety of changes in ZNHIT3 make it an attractive candidate gene for this condition.

Variants include point mutations, where one base pair in the usual DNA sequence—A, C, G and T—is altered; splicing mutations, a different type alteration in the DNA sequence that can alter gene function; and chromosomal rearrangements called inversions.

Despite its potential scope, MRKH often goes undiagnosed until adolescents don’t menstruate, which typically occurs at about ages 12 or 13, or begin to have sex.

Externally, all likely appears well. Patients have normal development of the breasts because they have ovaries, as well as the urethra, which carries urine, and the labia, the inner and outer folds on either side of the vagina.

There are many variations of what is wrong, like the opening to the vagina may be absent and some may have a vagina but no connecting uterus. Most are missing the vagina and most of the uterus.

Patients also can have associated skeletal problems such as fused vertebrae that thicken the neck or have small hands and feet and extra ribs. A heart murmur may indicate a valve problem.

An ultrasound often followed by an MRI can provide non-invasive views of the vagina, uterus and kidneys. These organs all form about the same time, and although the kidneys have a different origin, they interact with these nearby organs during development. About a third of women with MRKH have just one kidney.