As parents, we totally get it — anything we can do to keep our babies soothed and quiet while we can check a few things off our to-do lists is considered a parenting win. But what’s not a parenting win is ignoring a product recall so much that the company actually has to re-announce it for a second time.

That’s exactly what’s happening right now with the Fisher-Price Rock ‘n Play Sleeper. The product was originally recalled in 2019, after reports of 30 infant fatalities — mostly while the babies rolled from their backs to their stomachs or sides when unrestrained. Since the initial recall, however, there have been substantially more deaths.

“Since the recall, approximately 70 additional fatalities have been reported, which includes at least 8 fatalities that were reported to have occurred after the initial recall announcement.  Approximately 100 deaths have reportedly occurred while infants were in the products,” says the U.S. Consumer Product Safety Commission (USCPSC) recall report.

The USCPSC issued another announcement of the recall this week, urging anyone who has children in their care to stop using this product immediately, stating that the sleeper is “dangerous and should not be used under any circumstance.”

During the initial recall in 2019, Fisher-Price’s general manager Chuck Scothon said in a statement, “With these actions, we want parents around the world to know that safety will always be a cornerstone of our mission, that we are committed to these values, and will continue to prioritize the health, safety and well-being of the infants and preschoolers who utilize our products.”

The Safe Sleep for Babies Act, passed in May 2022, reminds us that we should never allow babies to sleep in “rockers, bouncers, and other soothing infant seats, regardless of whether they are intended and marketed for sleep.” 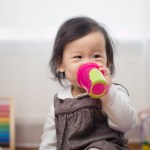 These Sippy Cups Were Just Recalled Due to Lead Poisoning Risk

If you have one of these recalled products, you are eligible for a refund. Contact Fisher-Price online at Rock ‘n Play recall or go to Mattel’s website and click on “Recall & Safety” or call toll-free at 866-812-6518 from 9 a.m. to 6 p.m. ET M-F for more information.