Strap yourselves in for an emotional roller coaster, readers. A recent Reddit post has us feeling enraged, saddened, and ultimately uplifted, and we thought it was important to share. It begins with the post of a white single mom of a 1-year-old girl, who recently broke up with the Black father of her baby. That, it seems, left open the opportunity for the woman’s father to show his true racist colors.

“Today out of nowhere, I got a call from my father, and he’s telling me that I’m a failure and a great disappointment to the family, not only for the fact that I’m a single mom but also because I have a daughter with a Black man,” user HeyKittyKitty9132 wrote on the Parenting subreddit. “[He] confessed to me that he’s embarrassed to show any pictures of my daughter to any of the family or friends because she’s Black, and he thinks that people will lose all respect for him because of that.”

She said she anticipated facing “consequences” when she became the mother of a mixed-raced child, but she never thought her father would say something like this to her. She also added that she knows her mother feels the same, though her mother would never say as much. Now comes the question of what to do to protect her daughter from the opinions of her own grandparents.

Are you looking for ways to teach your kids about racism? Start by clicking the link in our bio. ⁠✊🏽✊🏾✊🏿✊🏼 📷 : @flattopphotography

“I never want her to know that her grandparents have such vile opinions about her,” HeyKittyKitty wrote. “I’m terrified to even think she’ll have to hear those words.”

The Reddit community had a lot of advice for this new mom.

Several other white parents of mixed-race children said her best bet is to cut off ties with her parents.

“I am in the exact same situation & I chose to just cut pretty much everyone off,” haleenicole wrote. “It sucks but I will not tolerate stupidity and racism. I know that it is definitely their loss and not mine or my child’s.”

One white dad warned everyone who hasn’t been in their shoes that there’s no real way to prepare for watching your children be subjected to racism.

“I thought I was ready, and let me tell you, even the most liberal open-minded white person has no clue what they’re in for,” whatever–this-means wrote. “I say this mostly to all the white people who think they know or believe they understand. You don’t. It’s a whole new world, so please don’t try to explain stuff to this lady.”

There were many others voting for her to cancel this shameful grandpa.

“I’m sorry you’re learning your dad is a complete turd waffle,” Audrasmama wrote. “Good news is now that you know, you can fully protect your sweet baby from him. No contact, no exceptions. … I say this as someone who has completely cut contact with nearly all extended family, though for other reasons. It may feel hard at first, but I promise it gets easier over times. And your daughter deserves to be kept safe from them.”

Still others thought there might be hope for HeyKittyKitty to maintain the relationship and eventually teach her father to think differently.

“Your baby girl should get a chance at having your parents in her life and so should you,” Ruhaba said. “I’m sure your parents love you and all that, but sometimes you gotta teach them how. Stand up for yourself and your girl, but don’t break it off immediately.”

In thinking about this dilemma, we should also listen to the perspectives of mixed-race adults who grew up with racist relatives.

“Keep them far away from her,” danid90210 said of the racist grandparents. “Growing up mixed race, I definitely picked up on the micro-aggression from family members, even as a child. For the sake of your sweet beautiful baby, don’t look back. She deserves all the love in the world. My white grandparents loved me, but I always felt that they treated me differently from my white cousins. That’s stuck with me, even into adulthood. I always wonder when I meet new people if they’re going to hate me because of my skin.”

“As a half-Black girl, my grandmother was like this,” thisisitthisisitboy added. “He doesn’t deserve to get to know your child.”

We promised you a roller coaster, so here is where we get to the happy upswing. Some users didn’t want to tell HeyKittyKitty what to do, but instead just sent their love to her.

“I’m only 40, but I’ll be her grandma now since she lost her grandparents on your side,” polishmattsgirl wrote.

“I will be your family <3 so sorry you’re going through this,” ItsJellyYall said.

Your ride is complete. So sorry we can’t offer you tissues through the screen at this moment.

Give one of these beautiful Black and biracial dolls to a special child in your life. 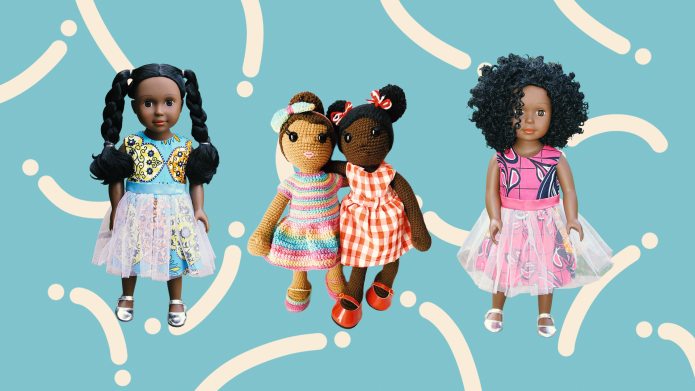 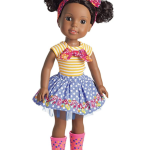 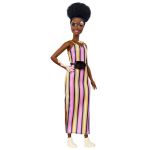 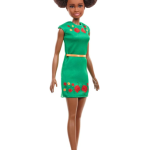 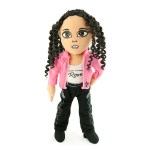