Raven-Symoné says she’s “got a whole different face going on,” but it has nothing to do with a plastic surgeon! The star is losing weight.

“Pounds down, pounds down. Check out the chin,” the Cheetah Girls alum, 35, said in an Instagram Live video on Saturday, May 29.

As she and wife Miranda Pearman-Maday were driving, Raven hopped on Instagram Live, where they noted her “pounds down journey.”

“You see that chin?” the former View cohost said as she saw her face on the screen. “If y’all watch Raven’s Home literally right now, and then come on this live and see this joint, I got a whole different face going on. It’s a whole pounds down journey.”

The Masked Singer alum revealed just how much weight she’s lost thus far. “Just so you guys know, I am 28 lbs. down. I lost a s–t ton of weight,” she added.

The Disney Channel star isn’t done with weight loss yet, either. “I’m doing a 48-hour fast, so you know, we’re on that journey right now,” Raven said.

As a child actor, Raven was scrutinized for her weight starting at a young age. She revealed that even people on the set of The Cosby Show, which she was on from ages 3 to 7, emphasized eating less.

“I remember not being able to have the bagel or anything at — we would call it crafty, where it’s just a table of food, ready for you to eat whatever you want,” she said on The View in 2015. “And I remember people would be like, ‘You can’t eat that. You’re getting fat!’ I’m like, ‘I’m 7! I’m hungry!’” 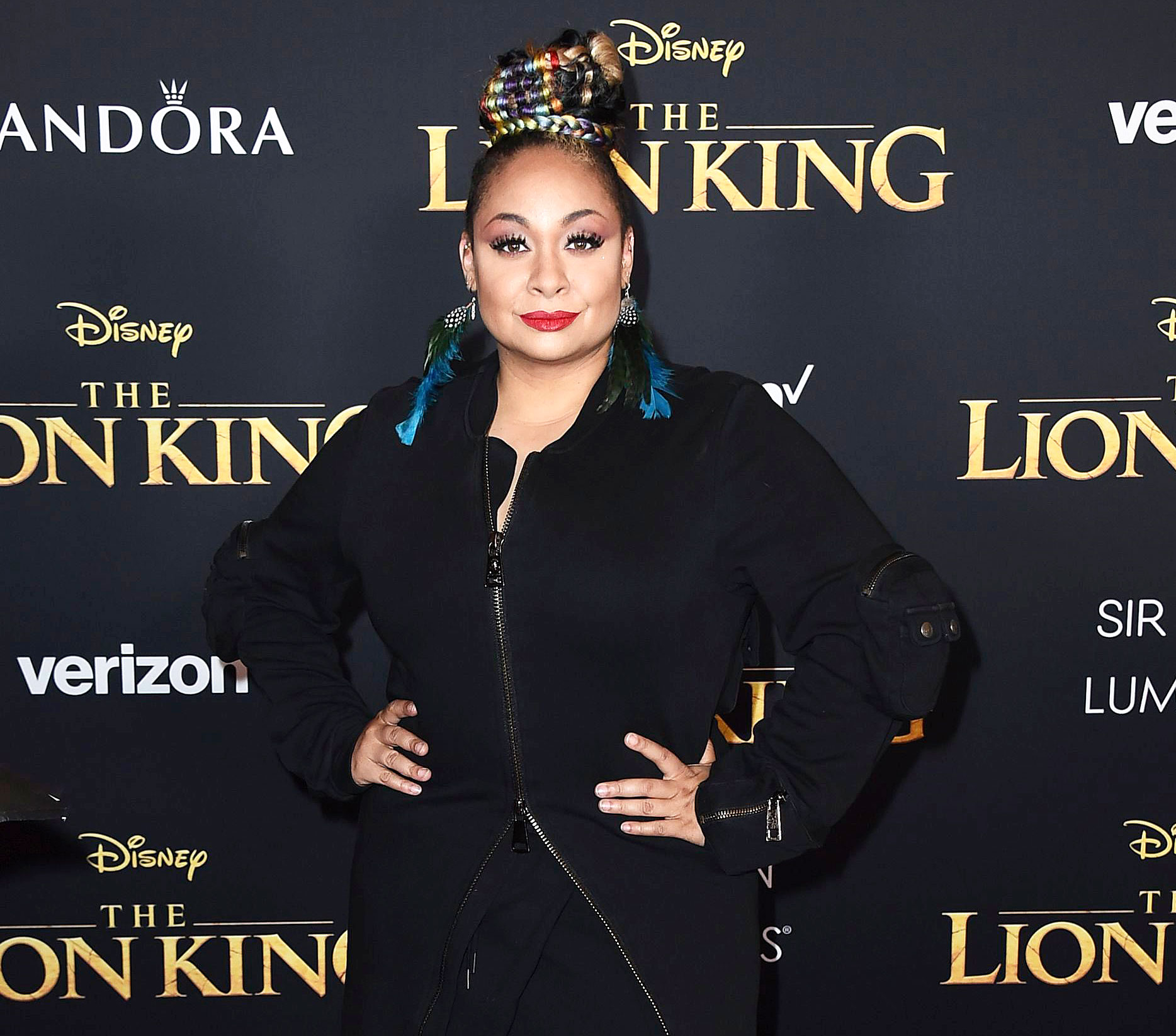 This time, however, she has the support of her wife. Raven married Miranda in a June 2020 surprise ceremony. “I got married to a woman who understands me from trigger to joy, from breakfast to midnight snack, from stage to home,” Symoné gushed in her social media announcement at the time.

Celebs Who Married in Secret Weddings

They haven’t hit their one-year anniversary yet, but the two are already planning their future.

“I want four kids,” Raven told Entertainment Tonight on Wednesday, May 26. “I want to be able to make sure that the gatherings at the dinner table and the gatherings at holidays are full of excitement and fun. … If we just have one child, I feel like it’s not enough distraction. I want a whole bunch of people in the house.”