Going into detail! Chrissy Teigen opened up about her daughter Luna’s birth three years after welcoming the little one.

“My vagina was ripped to my a–hole giving birth to Luna. I had a vaga–hole. F–k your swab pain,” the Bring the Funny judge, 34, tweeted on Sunday, March 22, in reference to President Donald Trump’s coronavirus test.

The Utah native went on to write, “They had to put a garbage bag at the end of the bed to collect my blood before stitching me up, where I then had to pee using a water bottle as a pain fountain for 3 months. So yeah. the swab, I bet it’s super rough.” 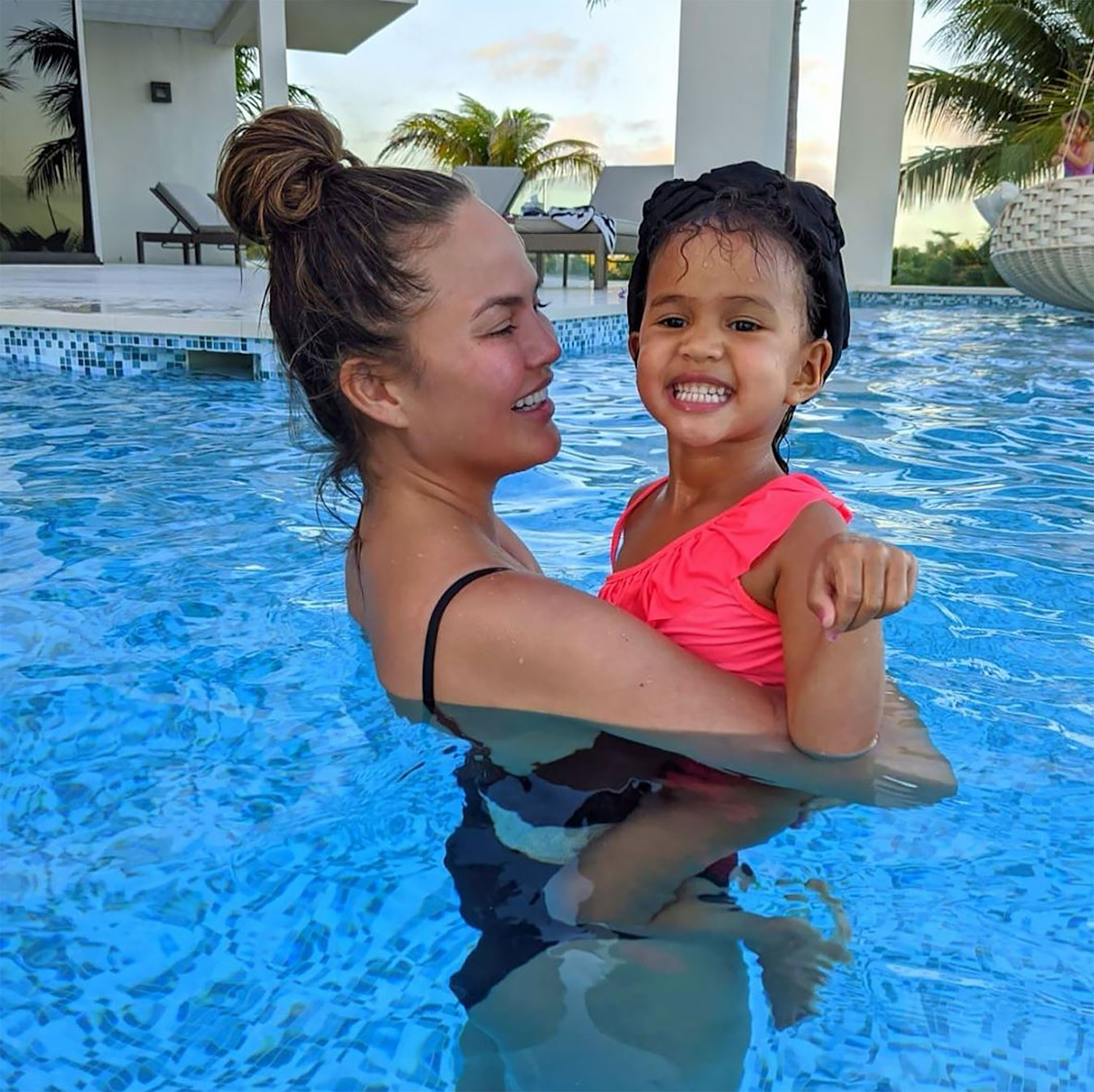 When a Twitter user posted a photo of Teigen and her husband, John Legend, cradling Luna at the hospital, the Lip Sync Battle cohost wrote, “Yep I had one giant vaga–hole here.”

In August 2019, Teigen opened up about her and the EGOT winner’s plans to add another baby to their brood.

“Gonna try to wait a few years before attempting again,” the Cravings cookbook author wrote via Instagram at the time. “These guys are exhausting!”

The Sports Illustrated Swimsuit model previously said she wanted to have children in quick succession. “I think I do want to have another baby after this and then get hot,” she told Us Weekly exclusively in March 2018 while pregnant with Miles. “I just want to [have] babies, back to back to back, but then I think maybe I want to have my 30s, really live in my 30s and not just be pregnant throughout them.”

Teigen added, “I have a husband who truly loves the whole experience. He holds my belly at night, sings to it, wants to be there for me. I’m really lucky because some men start to look at you like a tool, I’ve heard, so I’ve been scared and don’t let that happen to me! But it hasn’t and it’s really good.”