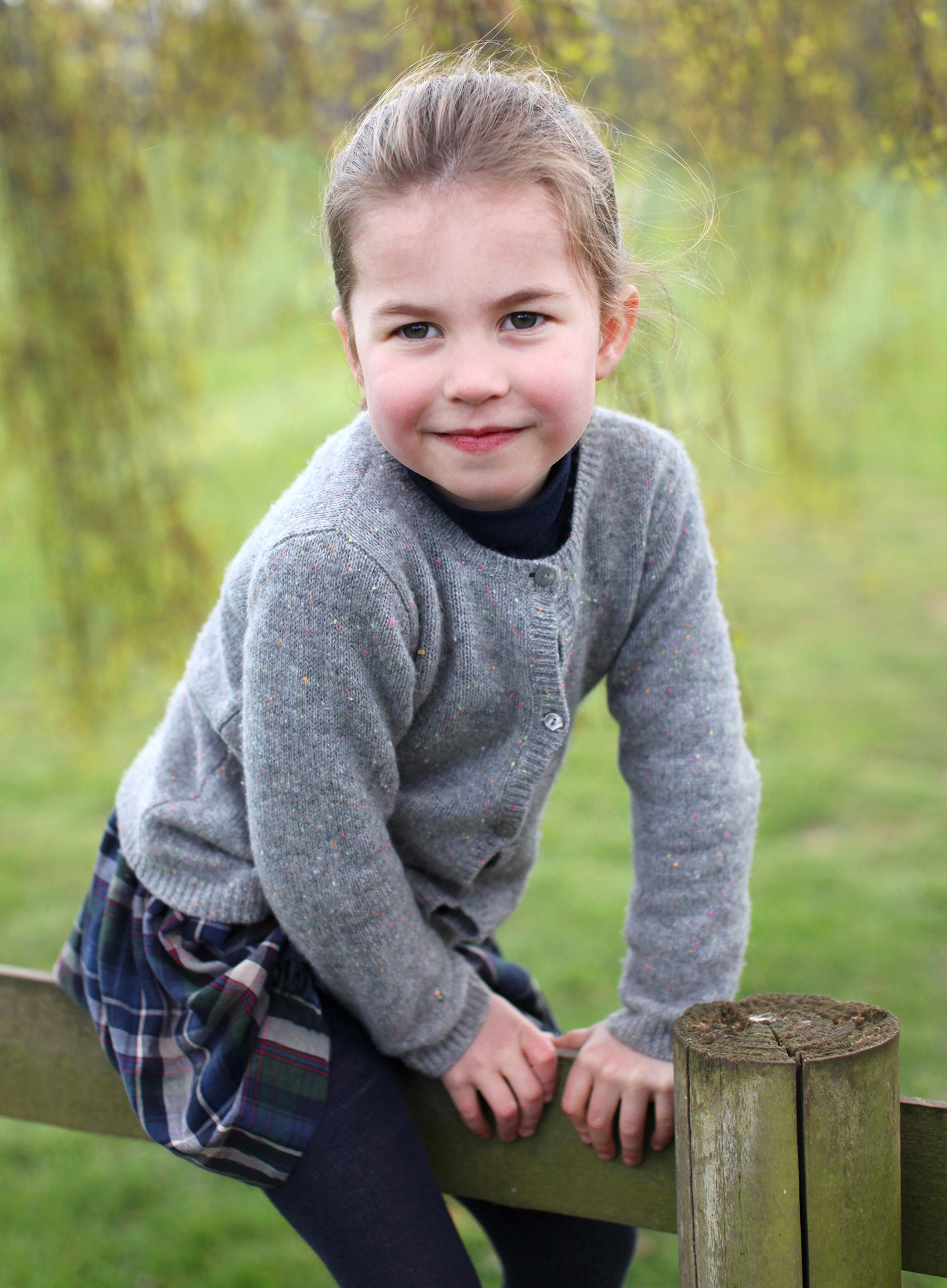 Star of the show! Princess Charlotte turned 4 on Thursday, May 2, and she has special plans to celebrate.

The little one, who is registered at Prince George’s school, Thomas’s Battersea, “has preschool on the day of her birthday, so it’ll be a birthday breakfast and Kate will walk her there,” a source tells Us Weekly exclusively.

She celebrated her 3rd birthday in a similar fashion, sharing a cake with her classmates at Willcocks Nursery School in London, which she attended Monday through Thursday for half-day lessons. When she returned home, Prince William and Duchess Kate gushed over their girl.

“They like to make a fuss on the kids’ birthdays,” a royal confidant revealed at the time. “There is always cake, her favorite dinner and a lot of presents.”

As for Charlotte’s current interests, the royal is “really interested in painting and baking,” the insider told Us.

She also loves spending time with her siblings — George, 5, and Prince Louis, 12 months. In fact, “Charlotte is close with Louis and very protective of him.”

Before ringing in her birthday, Charlotte posed for a special series of outdoor photos, taken by her mom, 37, and shared on Wednesday, May 1. The toddler was all smiles sitting on a fence, running with a flower and posing in the grass.

The toddler looked grown up in the birthday pics, her signature bob grown out and pulled back away from her face. It’s possible her father, 36, helped out with the sweet style, considering the Duke of Cambridge opened up about doing his daughter’s hair in March.

“Never try to do a ponytail! Nightmare,” the heir said at first, before clarifying, “I can do [Charlotte’s] ponytail, but that’s about it as I don’t have enough hair to practice on.”