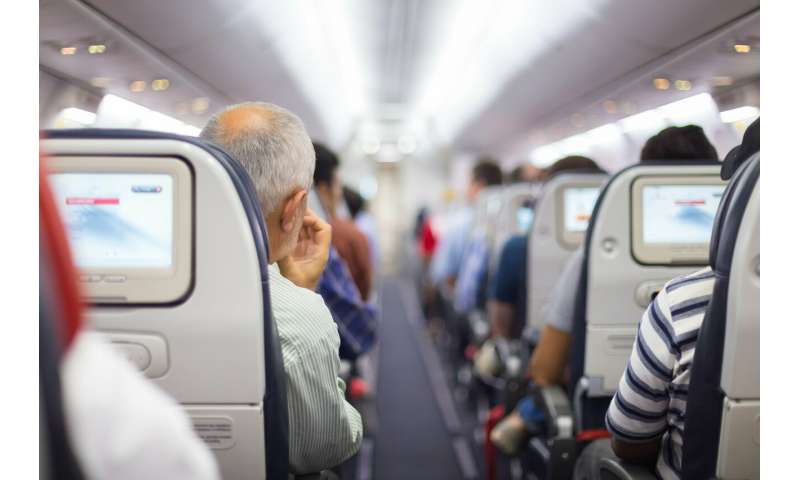 Australia was declared free of measles in 2014. Yet this summer we’ve seen nine cases of measles in New South Wales, and others in Victoria, Western Australia, South Australia and Queensland.

If you haven’t received two doses of measles vaccine, you are at risk of contracting measles.

How can you catch it?

Measles is a highly contagious virus that spreads by touching or breathing in the same air as an infected person. The virus stays alive in the air or on infected surfaces for up to two hours.

An infected person is contagious from the first day of symptoms (fever, cough and runny nose). These general symptoms start about four days before the rash develops, meaning contagious people can spread the virus even before they realise they have measles.

If you’re not immune to the virus, through vaccination or past infection, the chance of becoming ill after being near someone with measles is 90%. Being in the same café, waiting in line at the checkout or flying on the same aeroplane as an infected person could be enough to pick up the disease.

Why is it so dangerous?

Measles causes a fever, cough, and a rash that starts around the hairline and then spreads to the whole body.

Swelling and inflammation to the brain (encephalitis) occurs in 1 in every 1,000 cases and can lead to permanent brain damage or death. In 2017, 110,000 people died from measles worldwide.

Even after surviving the initial illness, measles can cause a devastating and fatal complication known as subacute sclerosing panencephalitis (inflammation of the brain) many years later.

To protect yourself against measles, you need two doses of measles-mumps-rubella (MMR) vaccine.

Children in Australia routinely get this vaccine at 12 and 18 months of age. The second dose is given in combination with the chickenpox vaccine.

It’s important to have two doses of MMR vaccine, especially if you haven’t reached your mid-50s. Most people older than this would have been infected with measles before vaccination was routine. 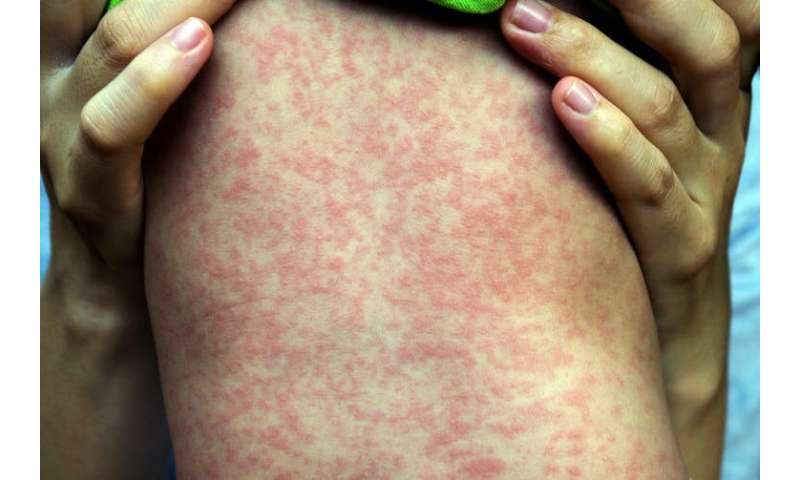 While we’ve had the measles vaccine in Australia since 1968, a two-dose program was only introduced in 1992. A brief school-based catch-up program from 1993 to 1994 offered school children a second dose. Another school-based program provided children with catch-up vaccinations in 1998*.

For those who missed out on the school program, catch-up vaccinations were given on an ad-hoc basis via GP clinics.

So not everyone in this age group would have received two doses of the measles vaccine.

If you are this age, you may not be not fully protected against measles. Checking with a GP or immunisation nurse is the best way to be sure. They will check your records, and may do a blood test if you have no proof of immunisation.

Even if you can’t be sure of past vaccinations, it’s still safe to have an extra vaccine. And it’s free for those who need a catch-up dose.

If you have a child under 12 months of age and you’re heading to a country with measles, an early additional vaccine dose can be given to protect your baby from measles. This ideally should be done at least a month before you travel, to ensure an immune response has time to develop. The routine scheduled doses at 12 months and 18 months will still need to be given later.

What if you’re not protected?

Unfortunately, there is no treatment for measles. Getting adequately vaccinated is the best form of defence against this serious disease.

If you think you’ve been exposed or may be ill from measles, see your GP or call Health Direct or your public health department as soon as possible.

If exposed, but not yet ill, it may not be too late to get a protective vaccine and ensure you don’t spread the disease to others.

If you are unwell, and suspect measles, call ahead to let the clinic know so they can make provisions to keep you away from other patients in the waiting room.

Other, more common, diseases can look like measles, so an urgent specific test (throat swab) must be done to confirm the infection. If measles is proven, public health workers will trace your contacts and your treating doctor will monitor you for complications.

Are we at risk of measles returning in Australia?

Australia currently has all-time high vaccine coverage, with 94.5% of five-year-old children fully immunised at the end of 2017.

By keeping vaccine coverage near or above 95%, herd immunity where there are enough people vaccinated helps prevent measles from spreading to others, including those who cannot be vaccinated.

But in our interconnected world, we must work together to reduce the threat of measles worldwide by boosting immunisation programs in regions with low coverage, including in the Asia Pacific.

Measles have resurfaced in some countries due to falls in vaccine coverage from unfounded safety concerns as well as weak health systems. In the first six months of last year, for instance, Europe had 41,000 cases of measles, nearly double the total number of the previous year. This, among other factors, has prompted the World Health Organisation to list vaccine hesitancy as a top ten threat to global health in 2019.