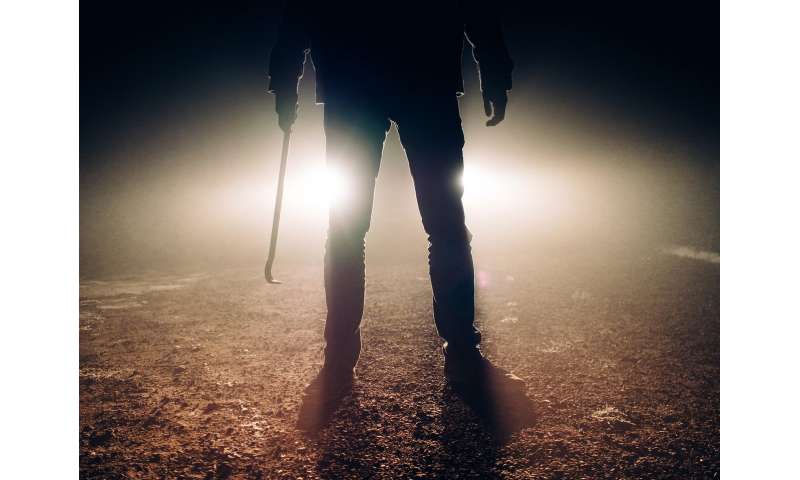 Christopher Lee was 15 years old when he was shot May 14, 2016, while on his bike outside his East Garfield Park home. Now 18, Lee was shot in the back, arm and chest, and was in the hospital for six days, where he had two surgeries in addition to staples and stitches. To this day, he said, he still has a bullet in his chest.

And he’s still not over the shooting. He doesn’t play basketball in parks anymore—only in gyms. Taking the CTA makes him nervous. And when friends invite Lee to a party, he declines.

“I definitely say no to those,” he said. “People shoot up house parties. … I’d rather stay home and watch TV or something.”

Lee’s experience of isolation after a violent incident is not unusual, according to two recent University of Chicago studies co-authored by University of Chicago Medicine social epidemiologist Dr. Elizabeth Tung. In a study that looks at social isolation, loneliness and violence exposure in urban adults, data shows that the more violence people experienced in their own community, the lonelier they were likely to be. The greatest loneliness was found among people who were exposed to community violence and who screened positive for post-traumatic stress disorder (PTSD). Couple that information with the fact that loneliness is a growing health concern in the nation, and it would appear that violence that leads to loneliness can also lead to higher mortality, Tung said.

“Throughout the course of talking with patients, I started hearing patients tell me that they didn’t want to join a walking group because they were afraid to walk in their neighborhood,” she said. “Some of my older patients would say they don’t like to go out after dark, so pretty much once the sun goes down, they feel like they’re kind of landlocked in their homes. I started to hear all these ways violence is making it hard for them to manage their health, get out and be active in their communities.”

Conversations between patient and physician developed into in-person surveys of more than 500 adults (ages 18-80; most 50 and up), living in South and West Side communities with high rates of violent crime, and in predominantly racial and ethnic minority groups.

Tung’s other study revealed data that connected hypervigilance (a heightened emotional state of always feeling on guard) among urban residents affected by community and police violence with chronic health conditions like hypertension, cardiovascular disease, memory impairment, and anxiety disorders. The study found a strong association between hypervigilance and exposure to police violence, more than community violence. Tung, the principal investigator of the studies, said living in areas where violence is prevalent, and being in continual “fight or flight” mode takes years off a person’s life.

The results of the study were published Oct. 7 in the policy journal Health Affairs. Tung said the results hold regardless of age.

Stephanie Steele, a licensed clinical social worker who divides her time between students at Marshall Metro High School and at Collins Academy High School on the city’s West Side, has seen the effects of Tung’s studies in real time with her students. She said she constantly encourages students to do mindfulness activities and meditation to help with the issues of isolation and hypervigilance.

“It definitely takes a physical toll on their bodies and an emotional toll on them,” she said. “But no matter what trauma work I do with students, it’s still a Band-Aid because they still continue to go through it. I think it’s definitely a symptom of PTSD, but also it comes from distrust. To witness the things that our students witness, the violence from the police, the violence from the community, what one human being is capable of doing to another human being, I think it causes a very large distrust.”

Domonique McCord, a licensed clinical social worker and director of behavioral health at the Metropolitan Peace Initiative grew up in East Garfield Park and now lives in the neighborhood with her 13-year-old son and works there as well. She said she understands how hypervigilance presents itself in her community because she sees it in her work, but also because she felt that way herself as a child.

“It’s not necessarily new to me,” she said. “But is it a comfortable feeling? Not at all. It’s always heavy.” What we think about our youth or young adults, there is isolation in terms of how they might engage with resources that we know exist in our communities be it the park district, our YMCAs, because there are some spaces that you can’t go after its dark. It might be in your neighborhood, but you know there is a boundary, and those boundaries and that awareness of what’s historically been happening in spaces in terms of violence creates a fear that’s real.”

Tung’s research will continue. She said she wants her data to be shared in mental health areas, but also with primary care doctors, front-line emergency room doctors, and inpatient trauma staff, so all can have an understanding of trauma and its multidimensional effects.

As for Lee, he said he’s continuing to deal with the aftermath of his shooting and has had counseling.

Why type A blood may increase COVID-19 risk