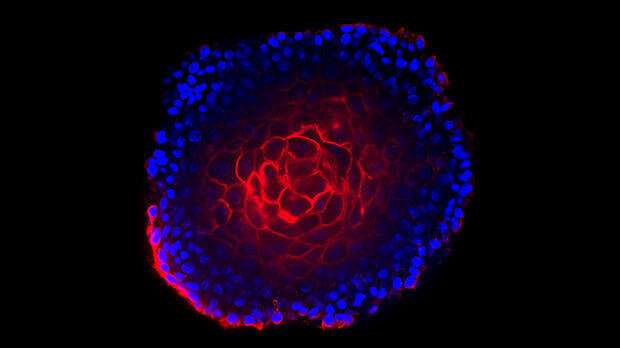 Scientists are constantly looking for new ways to improve cancer treatment, particularly for aggressive tumours. But spotting which cancers are aggressive when they’re first diagnosed can be tough, particularly in prostate cancer.

“One of the biggest challenges so far in prostate cancer has been how to stratify patients,” says Dr. Esther Baena, who studies prostate cancer biology at the Cancer Research UK Manchester Institute.

According to Baena, 1 in 5 men with prostate cancer are at higher risk of their cancer spreading to other parts of the body despite treatment. And she thinks this could be in part due to a hardy group of prostate cancer cells that are resistant to available therapies.

But while scientists know these cells exist, they’re not that easy to find. Until now.

Baena and her team have uncovered a new marker on the surface of these resistant cells, called LY6D. Publishing their work in Cell Reports, the team show that prostate cancer cells in mice that carry the marker are resistant to hormone treatment. And they think it could also be linked with early progression of prostate cancer in people.

“It’s going to allow us to identify aggressive tumours that have cells that express this marker very early on. And it will help us to isolate them and understand why they are unique and why they are resistant,” says Baena.

Baena hopes that this work will one day help to identify men whose cancer might not respond completely to current treatments.

“If we can identify men who have these cells from the time of diagnosis that could allow us to intervene early on,” she says.

Cancer cells that resist treatment aren’t a new phenomenon; or one that’s unique to prostate cancer.

But according to Baena, these cells are usually the ones responsible for cancers coming back. “We know these resistant cells exist in prostate cancer, but what we’re lacking are markers that allow us to isolate them.”

The hunt began in mice. First, the team looked for normal prostate cells that could survive treatment and then tried to find a way to distinguish them from other cells.

What struck Baena during these experiments was how diverse cells in the prostate were. Cells lining the prostate have always been thought to be like one another, but that’s not what showed up under the microscope. 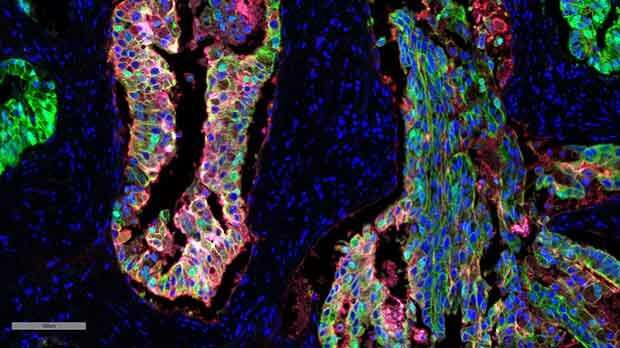 A small group of these cells produced a molecule on their surface called LY6D. And the cells it popped up on seemed to be the ones that were resistant to current treatments.

“We know it’s found on the surface of the cell, but apart from that it’s a bit of a mystery,” says Baena.

LY6D has been found on other cells in the body, including a type of cell found in the immune system. And similar markers have been found in other tumour types like breast and colon cancer.

“Other members of the LYD family have been linked to cells dividing and interacting with the immune system or in promoting cancer cell spread,” adds Baena. “But LY6D is not well characterised so we’re currently studying it further.”

What they do know is that cells that produce the LY6D marker are more resistant to a common hormone treatment for prostate cancer, called androgen deprivation.

“When you grow these cells in the absence of androgen they actually have an advantage,” says Baena. “Most of the other cells don’t grow because they need this hormone to divide. But the cells with LY6D keep growing and survive.”

Baena’s team looked at the marker in mice genetically engineered to develop cancer. And they found that mice who had the marker present developed more aggressive tumours.

Lifting the LY6D on prostate cancer

So far, the team have looked at LY6D mainly in mice and cells in a dish. But based on these promising results, they started to look for any links between LY6D and aggressive prostate cancer in patient samples too.

Using large, publicly available genetic databases, they found that high levels of LY6D was linked to a lower overall survival in men with prostate cancer.

Baena wants to dig deeper into this data.

“What we are trying to evaluate further is do patients who have these cells before treatment have a worse response to therapy?”