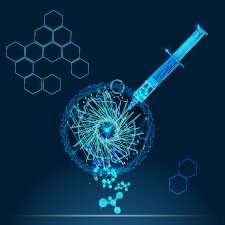 The novel drug, based on antibiotics, inhibits the development of intestinal polyps that, left untreated, become cancerous. In a preliminary clinical trial, the condition of seven out of eight patients who completed the full treatment improved dramatically.

FAP, which is characterized by multiple polyps along the gastrointestinal tract, especially in the large bowel, is caused by a mutation in the adenomatous polyposis coli (APC) gene. These mutations are also crucial for colorectal cancer development.

“To prevent the development of colorectal cancer, FAP patients are closely monitored via frequent colonoscopies to locate and remove their polyps,” Prof. Rosin-Arbesfeld says. “However, some patients must have their colons removed at a very young age, which dramatically affects their quality of life.”

“Since the relevant antibiotics were already approved for human use, we decided to move directly from the laboratory to the clinic and to examine the treatment of FAP patients,” says Prof. Rosin-Arbesfeld.

In the clinical study carried out by Prof. Kariv and Dr. Shlomi Cohen, director of the Pediatric Gastroenterology Unit at Dana-Dwek Children’s Hospital, 10 FAP patients received the novel antibiotic therapy. Eight of them completed the treatment, which lasted four months. Colonoscopies performed during and after the treatment showed that in seven patients the polyps significantly decreased in number. Moreover, the positive effects of the treatment were evident a year after it began.