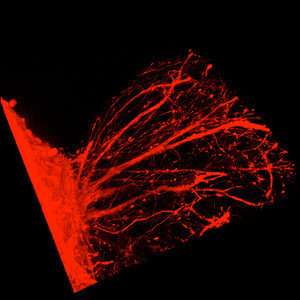 In a lab dish, Yale researchers modeled two brain structures and their interactions to shed light on the origins of neuropsychiatric diseases.

In-Hyun Park, associate professor of genetics, and his team created an organoid of the thalamus, a major hub that integrates sensory information and relays it to different areas of the brain. Organoids are created from stem cells to mimic brain areas and assess their function. The lab was interested in the thalamus because it has been implicated in several psychiatric disorders.  The thalamic organoid was then fused with an organoid of the frontal cortex, the seat of higher cognitive function.

“Right now we are trying to utilize the thalamic organoid to study epilepsy, autism spectrum disorder, schizophrenia and even depression. With many of these diseases, people have found that there are some defects in the coritco-thalamic connectivity, as well as microstructural changes in the thalamus.”

By creating organoids from cells taken directly from patients, the specifics of the structural changes underlying each disease could be discovered and personalized treatments developed.