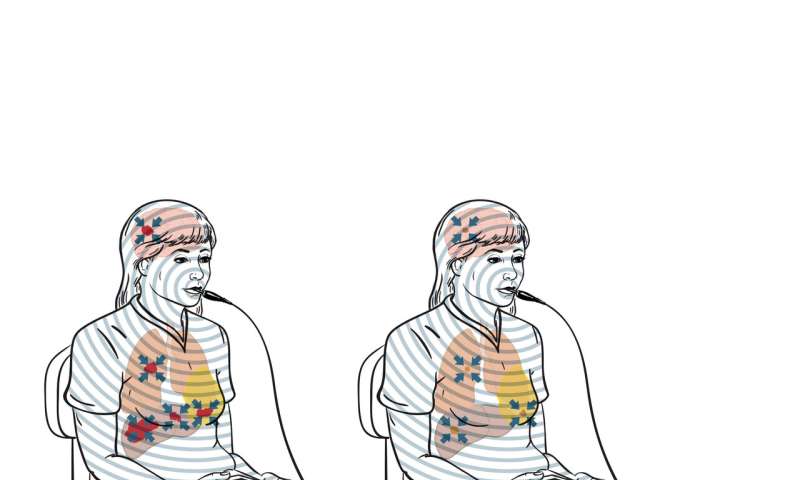 A new targeted therapy using non-thermal radio waves has been shown to block the growth of liver cancer cells anywhere in the body without damaging healthy cells, according to a study conducted by scientists at Wake Forest School of Medicine, part of Wake Forest Baptist Health.

The study findings are published in the May 31 online edition of the journal EBioMedicine, a Lancet publication.

Using animal models, the research team headed by Boris Pasche, M.D., Ph.D., chair of cancer biology and director of the Comprehensive Cancer Center at Wake Forest Baptist, delivered levels of radio frequencies to mice that had been injected with human cancer cells to replicate hepatocellular carcinoma (HCC), the most common type of liver cancer.

The radio frequencies were the same as those delivered to patients with HCC in Europe where the device has been approved for use in people.

“Our study showed that the radiofrequency delivered was at low and safe levels,” Pasche said. “It was actually lower than those generated by holding a cell phone close to the ear.”

The research team utilized a device, invented by Pasche and Alexandre Barbault, of TheraBionic GmbH in Ettlingen, Germany, that delivered cancer-specific, amplitude-modulated radiofrequency electromagnetic fields (AM RF EMF) programmed specifically for HCC. The AM RF EMF activated a calcium channel on the surface of HCC tumor cells but not on noncancerous cells, Pasche said.

“We discovered that a specific calcium channel, Cav3.2, was acting like an antenna for the radio signals we sent out, which allowed calcium to penetrate the HCC cell membrane and go into the cell, triggering HCC growth arrest,” Pasche said.

“Our team found it was the influx of calcium that stopped the growth of HCC cells and shrunk, and in some cases eliminated, the tumors. This effect was the same even if the cancer had metastasized to other parts of the body.”

The team’s next step will be to identify the exact signaling cascade within the tumor cell that leads to the anti-cancer effects, Pasche said.

A separate study by Wake Forest Baptist researchers using the same technology with breast cancer cells also is published in the May 31 edition of EBioMedicine.

The treatment, which is approved for use in patients in Europe, consists of a hand-held device about the size of a VHS tape cassette that emits radio frequencies via a spoon-shaped element that is placed on the patient’s tongue. The treatment is administered at the patient’s home three times a day for one hour. The frequencies used are specific to the patient’s type of cancer as identified through tumor biopsies or blood work, Pasche said.