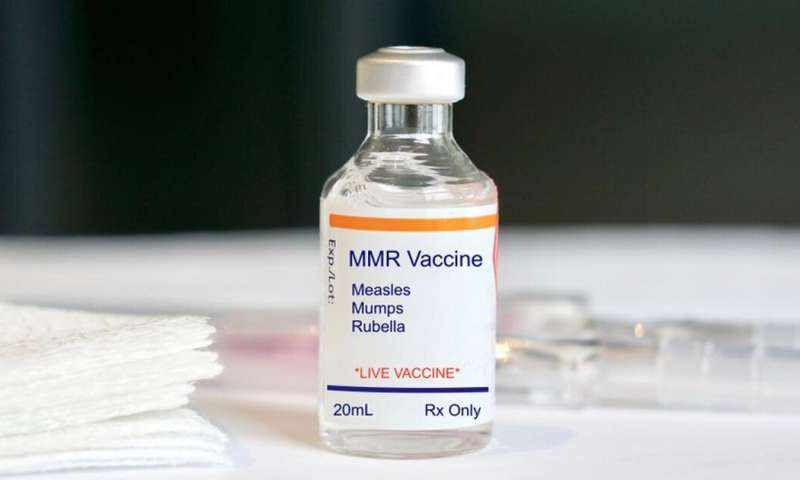 The World Health Organisation (WHO) last week announced that it no longer considered measles to be eradicated in the UK. Albania, the Czech Republic and Greece also lost their measles-free status.

It is a coincidence that the news broke the day after Boris Johnson provoked widespread outrage by proroguing parliament. But the increasing prevalence of measles—in the UK and further afield—must be understood in the broader context of rising populist sentiment and drawn-out political crises.

Measles is a highly infectious and potentially deadly disease, but it can be prevented with a cheap and easily administered vaccine. If over 90-95% of a community is vaccinated, “herd immunity” is achieved and outbreaks are unlikely to occur. When the measles vaccine was introduced in 1963, the disease killed about 2.6m people a year. The number of measles cases has steadily declined since then, and it is estimated that the vaccine has saved over 21m lives since the turn of the century.

Vaccines are widely agreed to be one of the great achievements of the scientific age. A survey of eminent historians by The Atlantic put vaccines as number eight in a list of the “greatest breakthroughs since the wheel”. And an article by the US librarian of Congress published in National Geographic placed vaccines fifth out of “ten inventions that changed the world”.

But in the last few years, the remarkable progress made by vaccines has gone into reverse, particularly in the West. In Europe, there were about 5,000 cases of measles in 2016, 24,000 in 2017 and 84,000 in 2018. According to recent WHO data, there have already been 90,000 measles cases in the first six months of this year. And the US is experiencing its biggest measles outbreak for 27 years.

Measles outbreaks are a consequence of falling vaccine coverage, which appears to result from increasingly widespread anxieties about vaccine safety. These fears go back at least to the 18th century when efforts to inoculate people against smallpox in Boston, US, were met with fierce resistance. Contemporary concerns about vaccine safety, however, are usually traced to debunked claims that there is a link between the MMR (measles, mumps and rubella) vaccine and autism.

Discredited theory that refuses to die

This connection is rejected by mainstream scientists. Andrew Wakefield, the source of this conspiracy theory, was struck off by the UK’s General Medical Council for acting dishonestly and irresponsibly, and his published research was retracted by The Lancet. Earlier this year, a study of over 650,000 children in Denmark concluded that there was no evidence of a connection between MMR and autism—even among children who were seen to be of heightened risk, such as those with autistic siblings.

Still, Wakefield’s ideas continue to have an enormous influence. A survey of 2,600 parents published in January by the Royal Society for Public Health shows that 21% of parents in the UK think MMR causes unwanted side effects and almost 10% of parents chose not to give their child the MMR vaccine, mainly because of fears about side effects.

In June, The Wellcome Trust published the results of a survey of over 140,000 people. Only 73% in Northern Europe (which includes the UK), 59% in Western Europe and 40% in Eastern Europe agreed with the statement that vaccines are safe. The figure was 72% for the US. The WHO listed vaccine hesitancy as a top ten global health threat for 2019 and one that “threatens to reverse progress made in tackling vaccine-preventable diseases”.

The NHS points out “vaccination is safe and important” and the WHO states that “vaccines are safe”. This raises the question: why do so many people believe unproven theories over the informed advice of medical doctors and public health authorities?

One common answer stresses how the internet has changed the way we access information and communicate. The aforementioned survey by the Royal Society for Public Health also showed that half of the parents of children under five in the UK are often or sometimes exposed to negative messages about vaccines on social media and online forums.

Interestingly, a study published last year revealed that the same Russian trolls and bots that interfered in the US presidential elections on behalf of Donald Trump spread disinformation about vaccines. This suggests that the Russian state is using the topic of vaccine safety to spread discord in the West.

But growing vaccine hesitancy indicates a broader breakdown in trust in elites and experts that is behind Brexit and other political crises. In the run-up to the 2016 referendum, Michael Gove claimed that people have had enough of experts. He was referring to economists, but this sentiment has wider relevance in the so-called “post-truth” age, when appeals to emotion appear to be more effective at influencing opinion than facts and evidence.

The link between populism and vaccine hesitancy can be seen when we look at individual-level data. Survey results published in The Economist in 2014 showed that UKIP voters were almost five times more likely to believe that tMMR vaccine is unsafe. According to more recent data, which I helped The Guardian analyse, one-third of UKIP voters believed vaccines were unsafe compared with 10% of Labour voters and 11% of Conservative voters. We found similar patterns throughout Europe: supporters of right-wing populist parties were much more likely to question the safety of vaccines.

It is interesting to note that the three other European countries that lost their measles-free status are also in the midst of profound crises precipitated by a breakdown in trust in the politicians.

In June, Albania’s elections were boycotted by the main opposition party who accused the prime minister of previous electoral fraud and corruption. In the Czech Republic, hundreds of thousands of people have taken to the streets this summer to protest against alleged economic fraud perpetrated by the billionaire prime minister Andrej Babiš. Greeks have suffered massively since 2008, with GDP still 20% lower than pre-crisis levels. Alexis Tsipras’ left-wing government was recently defeated by New Democracy, which has been described by some observers as a right-wing populist party.