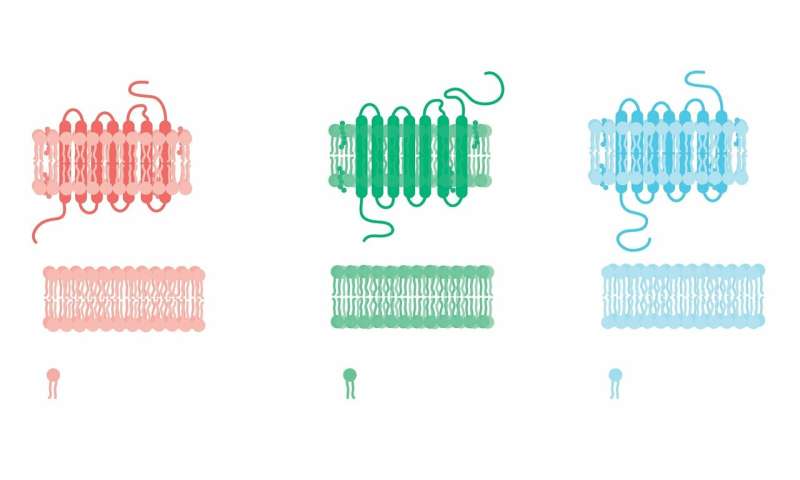 The enzyme that ‘loads up’ fat-carrying particles in the liver before they are transported around the body has been identified for the first time by scientists at the University of Warwick.

The discovery also reveals how to slim down these particles to reduce the amount of the worst type of ‘bad’ cholesterol distributed throughout the body and could pave the way for new treatments to prevent heart disease and strokes.

A study published by Professor Victor Zammit from Warwick Medical School in the Journal of Lipid Research examined the effects of inhibiting the production of the enzyme diacylglycerol acyltransferase 1 (DGAT1). This enzyme is present in the liver and is associated with the production of very low-density lipoproteins (VLDL). These contain fat in the form of triglycerides choesterylesters, cholesterol, and are surrounded by proteins and charged lipids.

VLDL particles are the body’s fat couriers, traveling all over the body through the bloodstream to deliver fat to other tissues. They carry out the normal physiological process that allows the liver (and intestine) to distribute fat throughout the body, but when depleted of triglycerides they become carriers of ‘bad’ LDL cholesterol that they deposit in arteries. The amount of fat the particles carry determines their size—and the larger they are, the more ‘bad’ the cholesterol they contain becomes.

The Warwick team found that inhibiting DGAT1 specifically in the liver decreased the size of VLDL particles by nearly half and reduced their triglyceride content, demonstrating that DGAT1 plays a key role in ‘loading up’ VLDL with fat. The study was funded by the Medical Research Council

Professor Zammit said, “VLDL particles themselves are not harmful, but when they are depleted of triglyceride after they offload it to other tissues, they become low-density lipoprotein, the carrier of ‘bad’ cholesterol. This is the cholesterol that is associated with heart disease as the LDL deposit it within the walls of arteries, resulting in arteriosclerosis which can result in blockage of the coronary arteries with an associated increased risk of heart attacks and strokes.

“Our studies show that, when DGAT1 is absent from the liver, the number of particles is not altered much but their size and triglyceride content is halved. We know that conditions that increase cardiometabolic risk (for example diabetes) are associated primarily with increased size of the secreted particles. Size of the particles is the more important parameter in determining that risk because it prolongs the time that the particles stay in the circulation, during which time they become more ‘sticky’ in relation to the vascular lining.

“Our findings identify the enzyme (DGAT1) as the key determinant of the content of triglycerides, and therefore the size, of VLDL particles.”

The research follows detailed previous studies (funded by the British Heart Foundation and Diabetes UK) on the properties and distinctive distribution of this enzyme in liver cells. As well as helping in the fight against heart disease and stroke, an understanding the mechanism of changes in DGAT1 activity and cellular distribution will also benefit those with diabetes, which is characterised by secretion of large VLDL particles.

Professor Zammit adds, “The findings will be useful for the pharma industry to work on pharmacological strategies to control the activity of DGAT1 in the liver, particularly that fraction of it that determines VLDL size. Preliminary studies suggest that this is also modifiable by nutrients in the diet, such as by altering the carbohydrate/fat ratio or saturated/unsaturated fat ratio. Therefore, the present findings may provide the basis for dietary recommendations to facilitate the decrease of VLDL size, and its propensity to give rise to dangerous levels of particles containing the worst type of cholesterol.