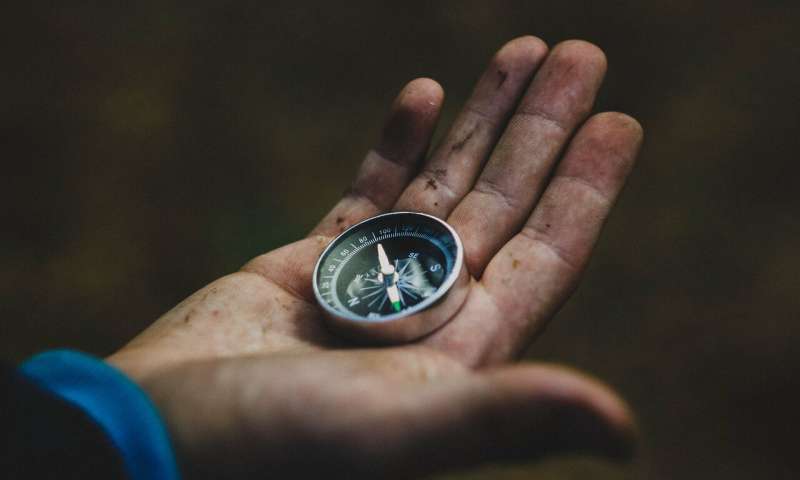 The human brain can unconsciously respond to changes in Earth’s magnetic fields, according to a team of geoscientists and neurobiologists.

Reported in eNeuro, this interdisciplinary study revives a research area in neuroscience that has remained dormant for decades.

Many animals, such as migratory birds and sea turtles, have a geomagnetic sense that supports their biological navigation system. Although magnetoreception has been well-studied in these animals, scientists have not yet been able to determine whether humans share this ability.

Geoscientist Joseph Kirschvink, neuroscientist Shin Shimojo, and their colleagues at Caltech and the University of Tokyo set out to address this long-standing question using electroencephalography to record adult participants’ brain activity during magnetic field manipulations. Carefully controlled experiments revealed a decrease in alpha-band brain activity—an established response to sensory input—in some participants. The researchers replicated this effect in participants who responded strongly and confirmed these responses were tuned to the magnetic field of the Northern Hemisphere, where the study was conducted.

Future studies of magnetoreception in diverse human populations may provide new clues into the evolution and individual variation of this ancient sensory system.