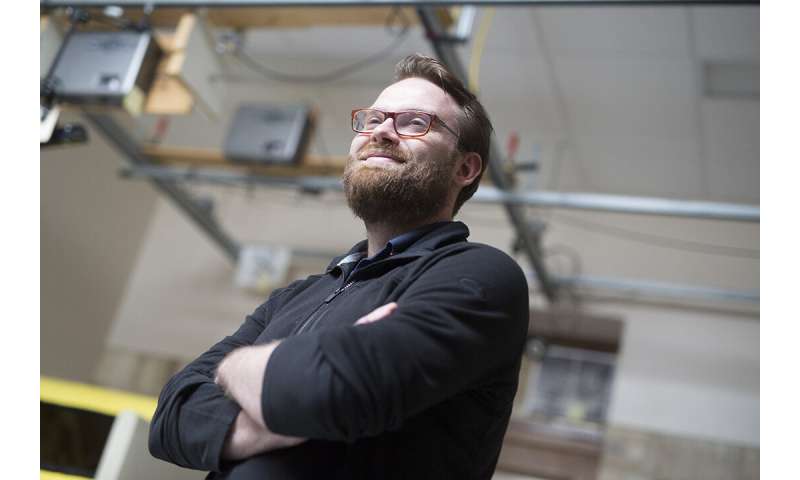 Ever wondered why after a while you got tired of using that weight loss or meditation app on your phone? For Max Birk, a University of Saskatchewan recent Ph.D. graduate, the answer could be that you need a customizable avatar that represents you—the user.

Birk found that if health apps include avatars that can be adapted to the users’ preferences, people are more likely to identify with their virtual “mini-me” and be more motivated to engage with health apps in the long term.

App developers and video-game companies could use Birk’s research for improving app design and how people could use services more consistently. The apps could range from language learning to fitness tracking, to mental health treatment.

The concept of avatars is part of our Internet-driven world. Examples include Twitter of Facebook profile photos, or the images chosen as avatars on websites such as Reddit, which make users feel the personalized service creates a sense of “ownership.”

Birk found that the people in his study who had customized avatars got more engaged with the tasks they were assigned to do online as part of the experiment. Participants, recruited online through a service called “Amazon Mechanical Turk,” were able to choose anything from facial features to clothing, to personality features for their avatars. He presented his results at conferences and published them in the Journal of Medical Internet Research (JMIR).

“I got this idea from video games, where avatar customization is quite common,” said Birk, a USask computer science graduate. “It’s not about whether your app is good or bad, it’s about including an aspect in the design that makes people enjoy the experience more, so that they are drawn to use it again.”

In subsequent studies involving almost 400 people over three weeks, Birk also found that participants with customized avatars more likely returned to using the app than those who did not, and that avatars helped improve peoples’ attention to the task they were performing with an app.

“This shows they were both more motivated to come back, and that higher attention means they could have better health benefits because they are making better use of the app,” said Birk, who was awarded a prestigious Governor General Gold Medal that recognizes the USask graduate student with top academic standing.

Now a professor at Eindhoven University of Technology, one of the best tech universities in the Netherlands, Birk said that a computer science degree from USask has allowed him to compete at an international level for this position.

“The program in the USask computer science department is so good that the world is open to USask graduates in this field,” he said. “I feel like there are no closed doors for me.”

He moved to Canada from Germany because Mandryk is at the international forefront of research studying human-computer interaction. After a seven-month research internship with Mandryk he decided to stay at USask for his Ph.D. studies.

Birk plans to keep a research partnership going with Mandryk, while working on a new project that looks at how social connection can improve apps use.