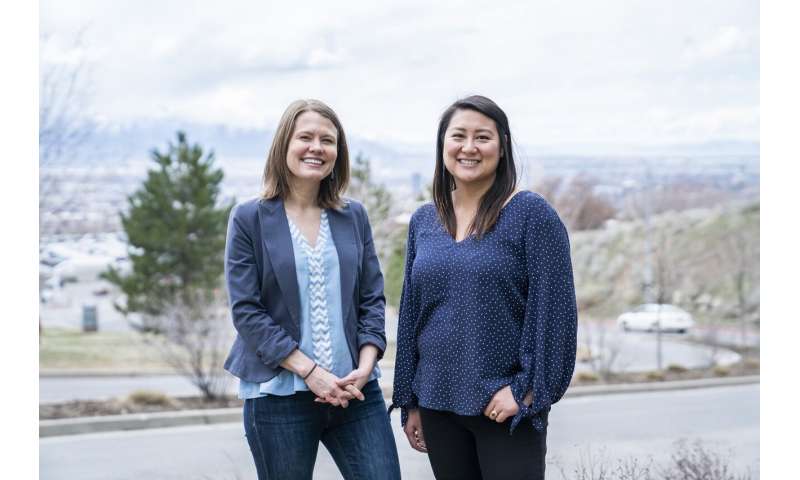 Poor air quality days significantly increase the risk of hospitalizations for respiratory issues in young survivors of cancer, according to a study conducted by researchers at Huntsman Cancer Institute (HCI) at the University of Utah (U of U) and published in the International Journal of Environmental Research and Public Health.

Better treatments—developed through research—have resulted in a dramatic increase in the rates of childhood cancer survival; today, nearly 80 percent of children diagnosed with cancer will survive their disease. However, these survivors may experience long-term detrimental health issues related to their cancer treatment. In this project, HCI researchers sought to better understand what a polluted environment means for the health of cancer survivors who may already be at a higher risk for illness because of the type of cancer treatment they received. The team examined the medical records of nearly 4,000 childhood, adolescent, and young adult cancer survivors diagnosed or treated at Primary Children’s Hospital between 1986 and 2012. They tracked when and how often those survivors required emergency room treatment or were admitted to a hospital in Utah due to respiratory illness. The study was divided into three groups: those who received chemotherapy as part of their cancer treatment, those who didn’t receive chemotherapy, and a cancer-free group. The researchers found the risk for respiratory hospitalization was significantly higher among the survivors who received chemotherapy compared to the cancer-free group.

HCI’s researchers were specifically looking at what happened to survivors on unhealthy air days. The study found the risk for hospitalizations among cancer survivors was significant when air pollution (PM2.5) was below the standard for sensitive groups (35.4 μg/m3), implying that levels below that protective standard may still contribute to respiratory problems for cancer survivors. Of the 3,819 survivors in the study, 185 had a total of 335 respiratory events documented in their medical record. 91 percent of hospitalizations and 75 percent of emergency room visits took place along the Wasatch Front counties of Salt Lake, Davis, Utah and Weber.

This is the first study to report a connection between PM2.5 levels and childhood cancer survivors requiring emergency treatment or hospitalization for respiratory issues. Survivors of childhood cancers may have higher vulnerability to high levels of PM2.5 because of lung damage and potential immunosuppression resulting from cancer and treatment with chemotherapy.

“This study has wide application to cancer survivors in Utah as well as nationwide,” said Judy Ou, Ph.D., a cancer epidemiologist at HCI and lead author on the study. “There are approximately 17 million cancer survivors in the United States, and statistics show about 40 percent of the U.S. population lives in places that are considered polluted at certain times of the year. This study provides valuable information to the medical community about how air pollution affects young survivors of cancer. We can use this to inform strategies to address this risk.”

Anne Kirchhoff, Ph.D., HCI cancer researcher and associate professor of pediatrics at the U of U, said, “We really haven’t thought about how environmental exposures may affect long-term healthcare needs and health outcomes. We may need to rethink guidelines, both on air pollution notifications from public health agencies as well as guidelines we’re giving cancer patients.”

Kirchhoff and Ou are working to identify effective strategies for sharing this information with health advocates, air quality organizations, and families affected by childhood cancers. The researchers collaborated with scientists from other departments at the University of Utah and Brigham Young University on this work.