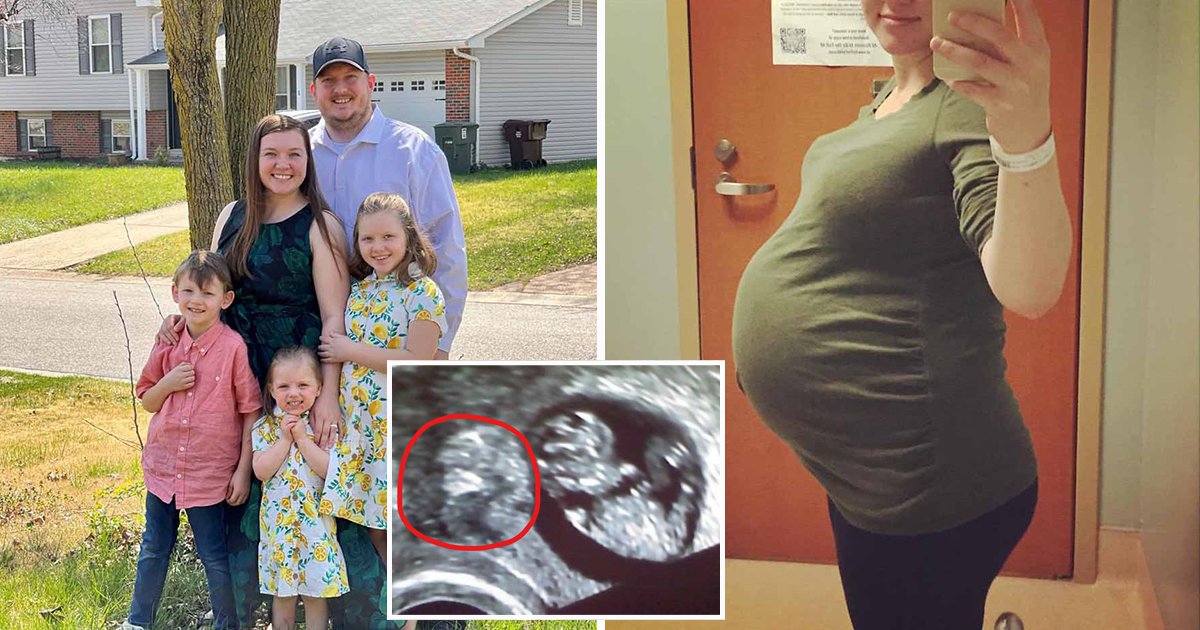 When Victoria Flett, now 28, began suffering with painful, heavy periods lasting up to 15 days at the age of 12, she never would have guessed the cause.

It wasn’t until she was 17 that she found out the truth from her grandma, who, at a family get-together, revealed that Victoria had been born with two wombs.

The then-teenager was totally unaware of her condition, known as uterine didelphys, but the news made a lot of sense.

She said: ‘It seems my family had known for years.

‘Born weighing over 10lb, I’d had a difficult birth and had some broken ribs, as it was a struggle to get me out.

‘At some point early on, because of what had happened and subsequent health problems, doctors X-rayed me and, according to my gran, that was when they discovered my two wombs.

‘It was common knowledge in my family, but I was freaking out, as I didn’t know anything about it.’

Victoria had already visited the gynaecologist at 15, when she had difficulty putting tampons in. After an examination, medics explained to her that she had a septum separating her vagina.

However, it was only after the family gathering, two years later, that she realised there was more to her condition.

Following her grandmother’s revelation, Victoria visited the doctor for an ultrasound which showed a small uterus on the left and a larger one on the right – each with its own cervix.

Doctors also explained that uterine didelphys could lead to other health problems – such as difficulties getting pregnant.

Despite this, Victoria managed to conceive all three of her children – nine year-old Arabella, six-year-old Riley and three-year-old Olivia – naturally.

Her eldest daughter grew in her smaller, left uterus while her son developed in the right one and her youngest girl was in the left one again.

Now Victoria, who lives in Missouri, is very keen to raise awareness of her condition and is extremely active within a Facebook group for other woman living with it.

She said: ‘It really helped me being able to make “virtual friends” with people going through the same thing.

‘I am an administrator now and help to run the group, which is marvellous.

‘Since I joined four years ago, our membership has grown from around 100 to over 1,000.

‘There’s not much information out there about this condition, so speaking to other women is really important.

‘We’re like a family, a community, who help each other and give support when it’s really needed.’