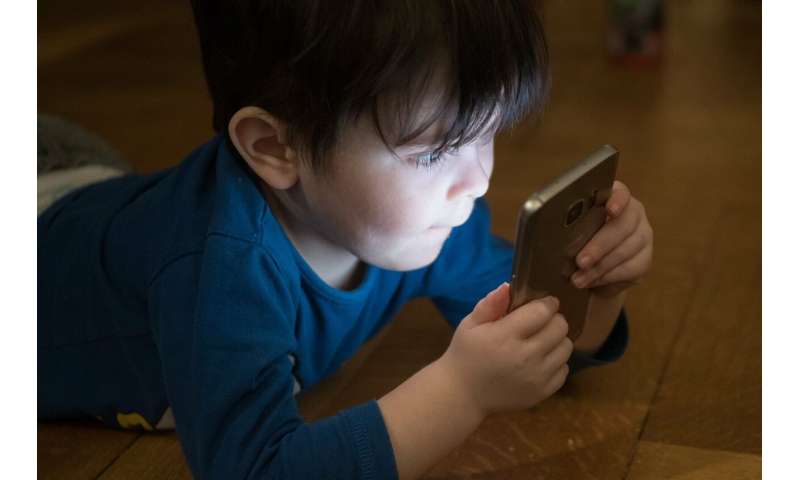 This World Sleep Day (March 15), Australia is waking up to the fact that around a quarter of children aged 7-8 are using mobile phones at night (between 10pm and 6am) when they should be sleeping.

It’s a worrying statistic which highlights an increasing use of mobile phones in the bedroom and is based on a survey of 180,700 Australian students, aged 7-19, between 2013-2018.

The project, undertaken by researchers from the University of South Australia’s (UniSA) Behaviour-Brain-Body Research Centre and UniSA Online, in partnership with Resilient Youth Australia, also highlights the negative mental health impacts on pre-teen children of using mobile phones at night.

While the marriage of mobile phone technology and social media is a well-known factor in keeping teenagers awake at night, UniSA Online’s Dr. Stephanie Centofanti says this research highlights how even younger children are negatively impacted by night-time mobile phone use.

“This is a huge data set and it provides us with a good snapshot of how Australian children are doing in terms of their wellbeing and technology use. It will enable us to identify ways to support children in this unprecedented technological age,” Dr. Centofanti says.

“Our research is based on surveys with primary and high school students in which we found that 83 per cent of those aged 17-18 had reported using phones between 10pm-6am more than once in the previous week.

“What may be considered more surprising is that 25 per cent of those aged 7-8 also reported the same use.

“Using smartphones at night is now common among children at that age and it will be a concern for parents and carers because not only does phone use impact negatively on sleep, but we are finding that it also increases angry or hurtful communication.”

One of the more obvious ways in which using a smart phone at night disrupts sleep, relates to the phone’s light which can disrupt circadian rhythms and cause havoc to the body’s biological clock.

This can be equated to the way children use their phones at night, through the use of messaging and communicating on social media networks. But technology use isn’t all bad—the data also indicated that night time phone use facilitated friendship building.

“Technology is a part of young people’s lives and there are benefits to using these devices but we are also finding there’s a reliance on it, a physiological addiction, with anxiety felt by children when they are cut off from these devices,” Dr. Centofanti says.

“Technology use is creeping into the evening hours and this is having a big impact on the amount of sleep children are getting and the quality of sleep; children will wake up in the middle of the night, check their phone and send text messages.

“The other issue this raises is the flow over of bullying. Bullying that might have been confined to school days is now flowing over at night as children access [for example] social media accounts. Not surprisingly this can lead to difficulties falling asleep.

“The problem is that kids aren’t able to catch up on lost sleep by having a lie-in after staying up on their phones. They still need to wake up early for school, and shorter sleep times relate to poorer functioning the next day.