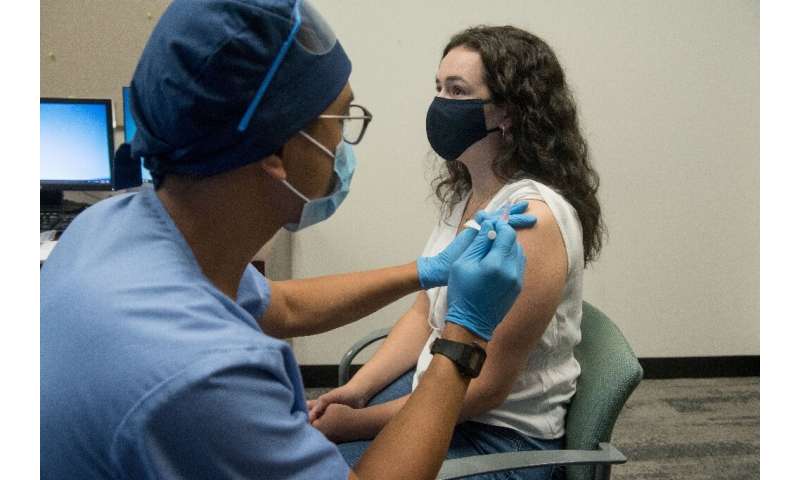 Global hopes of vanquishing the coronavirus pandemic were high after US biotech firm Moderna said its vaccine candidate was nearly 95 percent effective in a trial, a week after similar results announced by pharma giant Pfizer and its German partner BioNTech.

Top US infectious disease expert Anthony Fauci hailed the results, telling AFP that the data exceeded expectations. “The idea that we have a 94.5 percent effective vaccine is stunningly impressive,” he said.

Moderna, whose clinical trial involved more than 30,000 participants, expects to have approximately 20 million doses ready to ship in the United States by year-end—with elderly and at-risk people to be first in line for jabs.

The US Food and Drug Agency may approve both the Moderna and Pfizer-BioNTech vaccines early next month, according to Moncef Slaoui, head of the government’s “Operation Warp Speed” vaccine quest.

He said that from January, 25 million people would be vaccinated per month.

France too said it was “getting on the starting blocks” for a vaccination programme to launch in January pending French and EU regulatory approval, budgeting 1.5 billion euros ($1.8 billion) for the rollout in 2021, according to spokesman Gabriel Attal.

Fauci, who heads the National Institutes of Allergies and Infectious Diseases, warned it would be crucial to convince people to take the vaccine, particularly in the US, where anti-vaccine sentiment runs high. 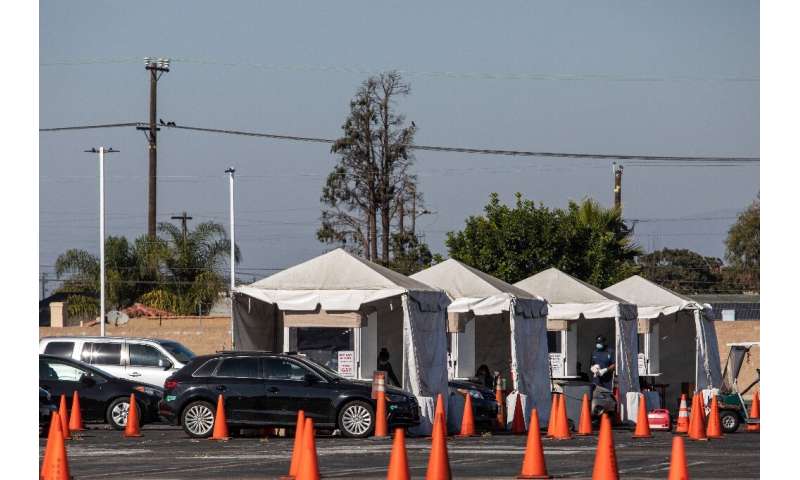 “A vaccine with a high degree of efficacy is of no use if nobody gets vaccinated,” he said.

Yet with widespread availability of any vaccine still far off, restrictions on free movement, gatherings and business were inevitable as the second wave of the coronavirus continued to build.

In the hardest-hit United States, President-elect Joe Biden expressed frustration over Donald Trump’s refusal to cooperate on the White House transition process, saying “more people may die” of COVID-19 without immediate coordination on fighting the pandemic.

Globally, infections have surpassed 55 million with more than 1.3 million deaths, and experts caution the months ahead will still be difficult and dangerous.

Curbs have returned in Europe—often in the face of protests—from Greece to Britain, where COVID-19 survivor Prime Minister Boris Johnson was self-isolating after coming into contact with an MP who later tested positive for the virus.

Sweden, which has drawn attention for a softer approach to combating the virus, decided to ban gatherings of more than eight people for the first time. 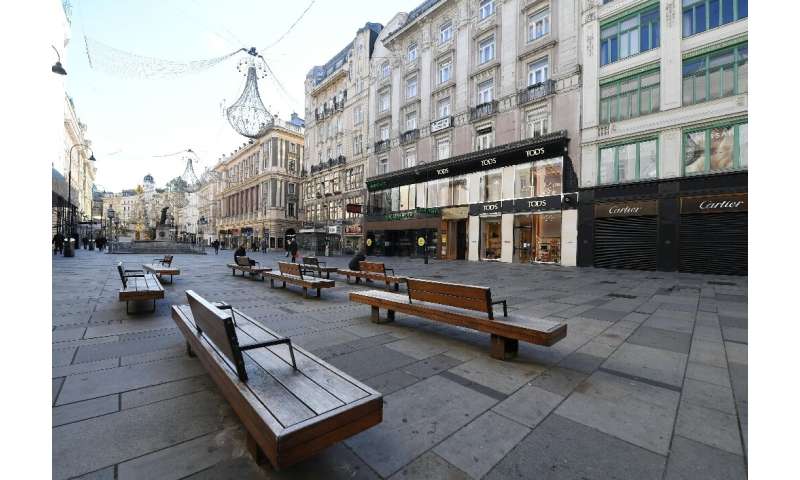 “Austria has gone from being a model country to being the bottom of the table in terms of infections,” said Rendi-Wagner, herself a doctor and former health minister.

The number of daily infections in the Alpine nation of 8.8 million people grew from 1,000 in early October to 5,984 on Tuesday.

Italy meanwhile said Tuesday it had inspected over 230 retirement and nursing homes and identified 37 with violations, shutting down four of them outright.

The virus tore through the country’s care homes during the first wave of the pandemic, with many residents dying before they could be hospitalised and without having been tested.

Italy, which is currently reporting over 500 deaths a day from the virus, has seen a spike in the number of contagions in such structures since the start of November.

In Greece, tensions were high on the anniversary of a 1973 student uprising against a military junta after police banned public gatherings—including the traditional march recalling the crackdown that killed 24 people, a bloodbath considered to have speeded the restoration of democracy.

Some left-wing groups have called on supporters to defy the ban and stage an afternoon demonstration in central Athens, with nearly 6,000 police officers standing by, media reports said.

And in Germany, which began a new round of shutdowns earlier in the month, Chancellor Angela Merkel was pushing for tighter measures such as masks in all schools and smaller class sizes. 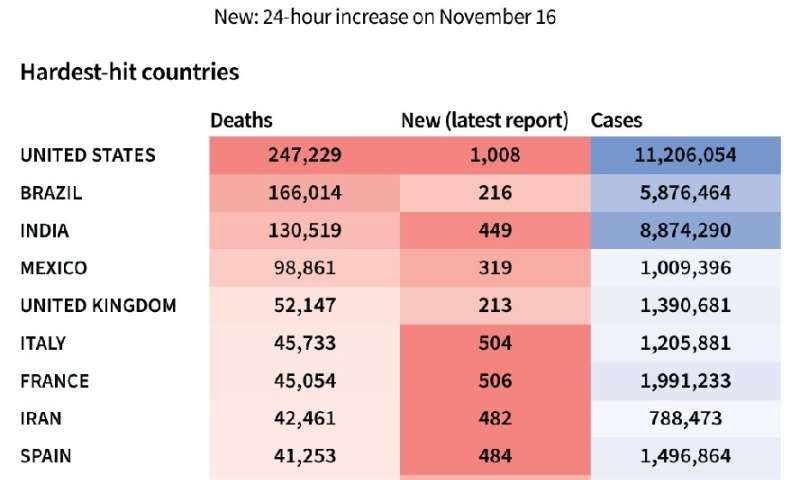 While new cases were plateauing in Germany, officials said daily numbers were still too high.

Bucking the trend in Europe, Russia has not imposed a new nationwide lockdown, even as it reported a record high 442 new coronavirus-related deaths on Tuesday.

Infections in the United States, meanwhile, show no sign of relenting after one million new cases in less than a week pushed the total number to 11,206,054 with 247,229 deaths.

The spikes have prompted new curbs in various states, while experts warn families against large gatherings for the upcoming Thanksgiving holiday.