A trucker caught sending vile messages in a paedophile hunter sting just five months after being released from prison for similar offences has been jailed for three years.

Craig Edgeler, 52, struck up a conversation with a 12-year-old girl called ‘Darcy’ but turned quickly turn the chat towards sex unaware he was talking to an adult working as part of the Shatter The Silence group.

They aim to expose adults trying to meet children for sexual activity.

He sent a string of depraved messages before sending the female decoy explicit images. 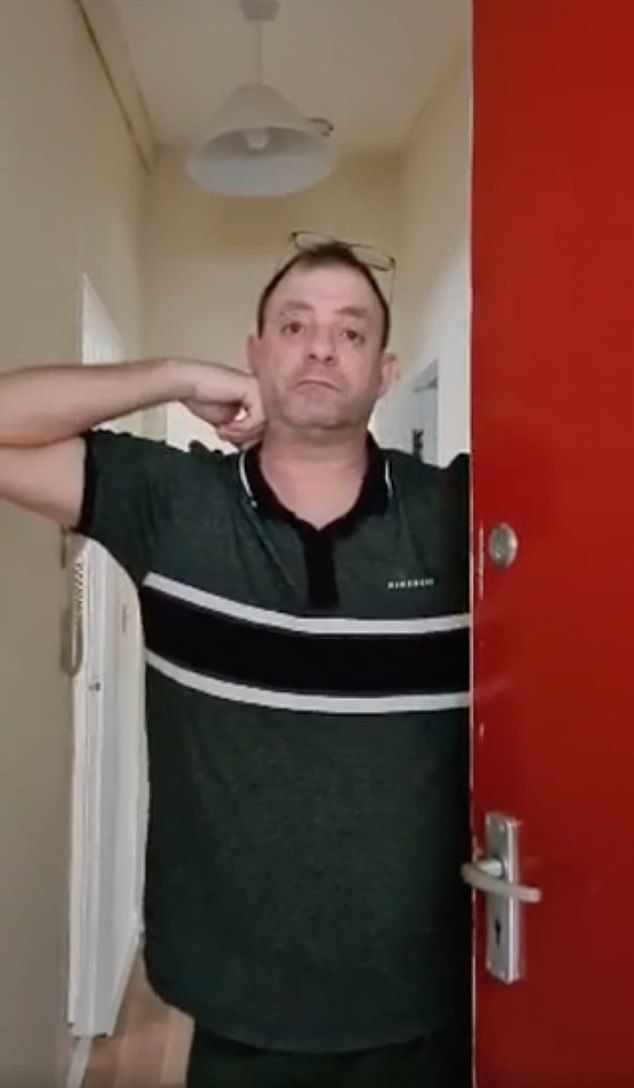 Truck driver Craig Edgeler, pictured, was confronted at his home by anti-paedophile vigilantes  about messages he had exchanged with what he believed was a 12-year-old girl 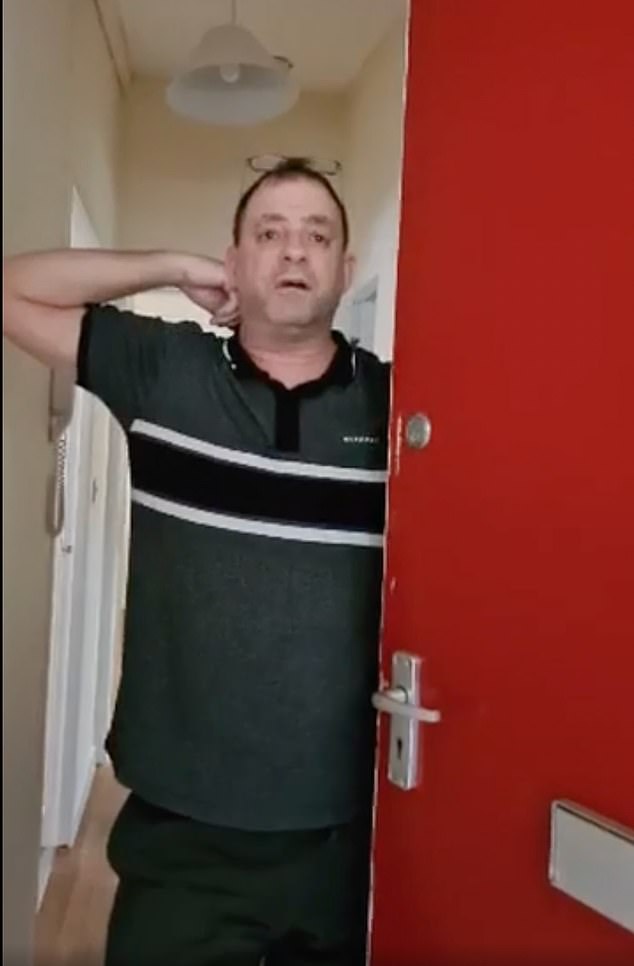 Edgeler, pictured at his flat in Shotts, Lanarkshire, later pleaded guilty to sending sexual messages and images between September and October last year

Further messaging led to Edgeler asking to meet at his home and a supermarket.

Members of the vigilante group confronted the serial fiend at his flat in Shotts, Lanarkshire, and streamed it live on Facebook.

Police arrived and arrested Edgeler who told them: ‘I’ve been an idiot.’

Sheriff Alasdair MacFadyen jailed him and placed him on the sex offenders’ register indefinitely.

He was also slapped with an eight year sexual offences prevention order (SOPO) which will ban him from contact with anyone under the age of 16 and limit his internet use.

Depute fiscal Jennifer Cunningham told the court that a member of vigilante group Shatter The Silence created a ‘decoy’ account on a dating website claiming to be a 12-year-old girl, Darcy.

Edgeler urged his intended victim to contact him over WhatsApp when he asked her about boyfriends and sexual experience. He also wanted ‘sexy pics’ of the 12-year-old girl.

The court heard after conversation turned sexual, the volunteer contacted fellow members of the group who then confronted Edgeler and alerted the police.

Ms Cunningham told the court: ‘At the police station, he became highly emotional and was crying and freely stated “I’ve been an idiot” and when asked to explain replied “well I’ve got a phone”.

‘The accused made reference to his belief that he was messaging a child and had also used WhatsApp to message the decoy and advised officers where they could find the device within his home address.’

In April last year, Edgeler was jailed for two years after he admitted sending sexual messages and a sexual image to a girl he thought was 12.

The sentence was backdated to June 2020 meaning he was released in March 2021 on licence.

Gerry McGuire, defending, said: ‘He accepts his guilt in this matter and I think he was under the influence of alcohol when he contacted these people.

‘There was a difficult background for him but it clearly doesn’t excuse his behaviour here and he fully appreciates the situation he now finds himself in.’

Sheriff MacFadyen said: ‘It defies belief that you behaved in this way when you were on early release from prison and the offending was almost identical.

‘Clearly custody is the only disposal for this conduct and if you keep behaving in this way then the sentences will just keep getting longer and longer.

‘I’m also granting a sexual offences prevention order for eight years which is stringent in its terms but, given your history of offending, they are necessary.’