When you have an inflammatory disease like rheumatoid arthritis (RA), what you do every day can majorly impact your joints and your level of pain.

While treatment and medications will vary from patient to patient, doctors typically tellpeople living with RA to get regular activity since it’s been shown to reduce arthritis-related joint pain and delay disability. The Centers for Disease Control and Prevention (CDC) specifically recommends that RA patients strength train twice a week and do at least 150 minutes of moderate-intensity cardio (think: fast walking, swimming, and running) weekly.

But let’s be real: It’s one thing to hear that exercise can help, and another to actually do it when you’re not feeling your best. To help you stick to a routine, we asked three women living with RA how they stay active on the regular.

Find movement you enjoy, and do what you can.

Rheumatoid arthritis advocate Eileen Davidson, who blogs at ChronicEileen.com, says she makes working out at home a priority to help combat her RA symptoms. She tends to use an elliptical, but also likes going for brisk, long walks and doing pilates and yoga videos on YouTube. “I just do the moves I can do.” Davidson says. 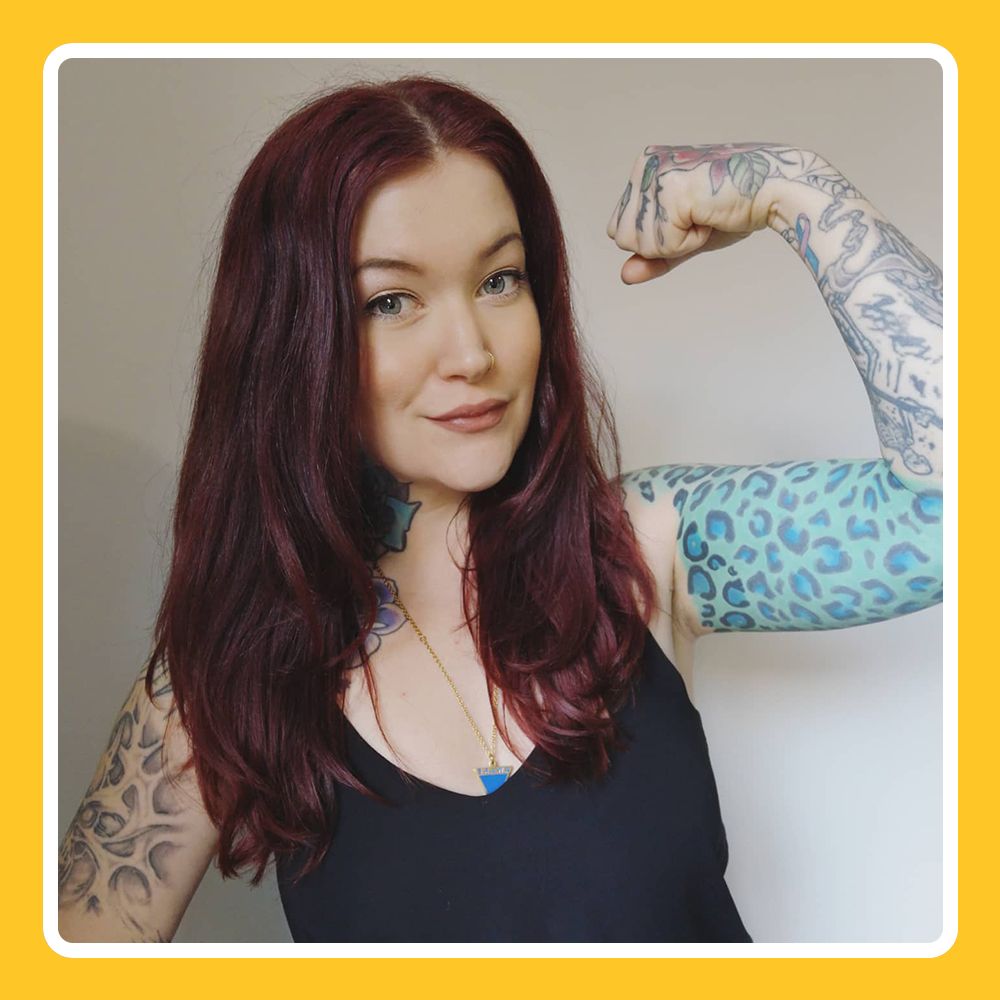 Davidson said she “started small” with working out and saw benefits from exercising and her medication, like less pain in her joints. “The important thing was that I started and stayed consistent,” she says. “Now, when I am feeling crummy, I know that moving my body a little will help me feel better.”

Listen to your body.

Linda Luckmann, who identifies herself on Instagram as a “rheumatoid arthritis warrior,” discovered after her diagnosis that she loves Zumba and taking long walks. “It hurts sometimes—my joints don’t feel great—but being active definitely helps keep me feeling good,” she says. 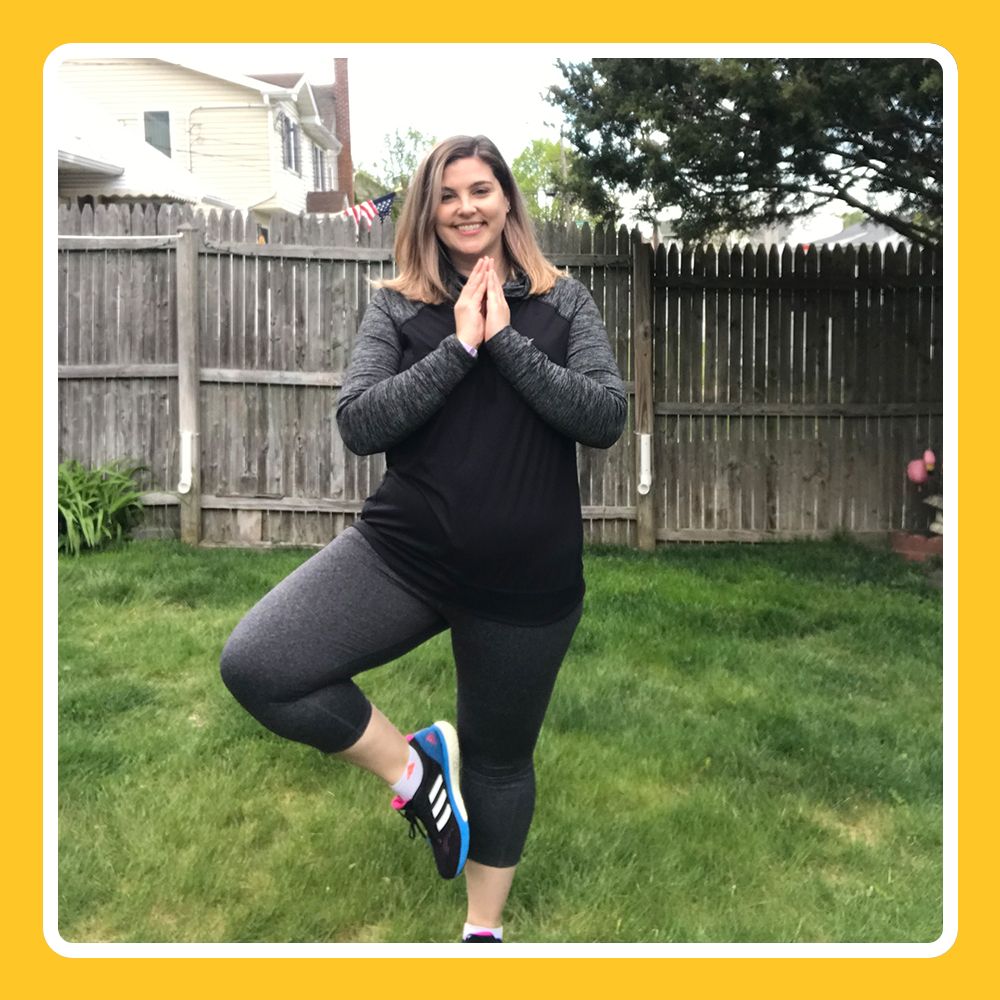 Luckman says being active helps her symptoms under control. But at the same time, she listens to her body when she needs to take a day off.

Still, Luckmann says there are some days when she needs to rest. “I have to know how much energy I can spend doing things each day because you don’t want to completely drain yourself,” she says, pointing out that she’s still not pain-free. “Every day there is discomfort, but you kind of get used to it and learn to appreciate the days you feel less crappy,” she says.

Work out where you feel comfortable.

Davidson says she does all her strength training at home because she feels more comfortable and motivated when she has privacy. “My balance is off, and I need to break things up,” she says.

Chronic illness advocate Mariah Zebrowski Leach, who runs a blog about her life with RA called From This Point. Forward., was playing college water polo when she was initially diagnosed with RA. She eventually had to quit the team after her symptoms—which included pain, severely swollen joints, and low energy—got to be too much. Now, she’s found different ways to stay active.

“Living with RA has actually encouraged me to try things I might not have done otherwise,” she says. Leach’s husband did a fundraising 525-mile bike ride, which inspired her to take up cycling. “I had never been on a road bike before, but I bought one and started riding it,” she said. She eventually ended up doing the same 525-mile bike ride as her husband. “It’s funny to me that one of the greatest athletic achievements of my life happened because of my RA diagnosis,” she says.

Try to find activity in the day-to-day.

Leach now has three kids, and says she largely stays active by doing walks and bike rides with them. “I wore my third baby [in a baby carrier] a lot while trying to keep up with her very active brothers,” she says, noting that it helped take the strain off of her hands and wrists, and made her core stronger. 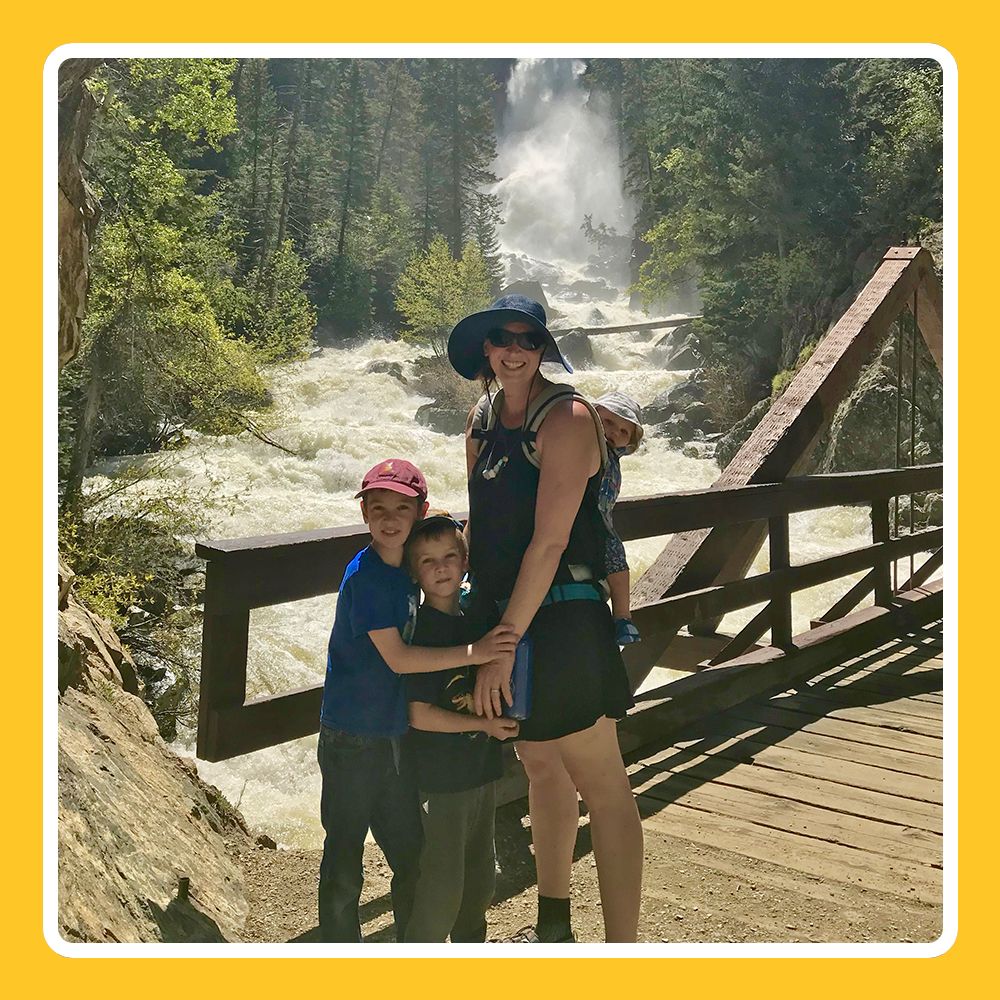 Leach takes a moment to enjoy the scenery while on a family hike.

If your MD gives you the okay, don’t be afraid of exercise.

Leach was a snowboarder before she had RA, and says she stopped doing the sport for five years after she was diagnosed. “Even when we found a treatment plan that was effective, for a long while I was still afraid to get back on my snowboard because I was worried about injuring myself,” she says. “It took a few more years for me to understand my new body well enough to try snowboarding again.”

Now, Leach says she snowboards “at a very different pace than I used to,” adding, “it’s more about getting out on the beautiful mountain and enjoying a few runs and fresh air than shredding all day long or doing double black diamonds.”

Regular activity can help combat symptoms of rheumatoid arthritis, but everyone is different. If you’re struggling with symptoms of RA, check in with your doctor. They should be able to provide personalized guidance to help.