It has been over a year since Hurricane Maria first made landfall on Puerto Rico.

As the island slowly rebuilds, first responders, healthcare providers and scientists on the island have been left to deal with the emotional toll on their communities and their own families as members of the “Maria Generation.” Though 64 people died as a direct result of the storm, an estimated 2,975 died as a result of its aftermath, according to Puerto Rico’s most recent official counts based on a study published in August of 2018, conducted by George Washington University and the University of Puerto Rico.

There has been disagreement about the exact death toll. For example, President Donald Trump tweeted in September of last year that it was as low as six to 18 people. Regardless, the Federal Emergency Management Agency (FEMA) reported that 100 percent of the Puerto Rican population was affected by the storm in some way.

As a result of the storm, children on the island were particularly hard-hit, missing an average of 78 days of school, some with no school to return to, and one in four have suffered anxiety, according to a recent report from Instituto Desarrollo Juventud, a group that seeks to advance public policies for the welfare of children. 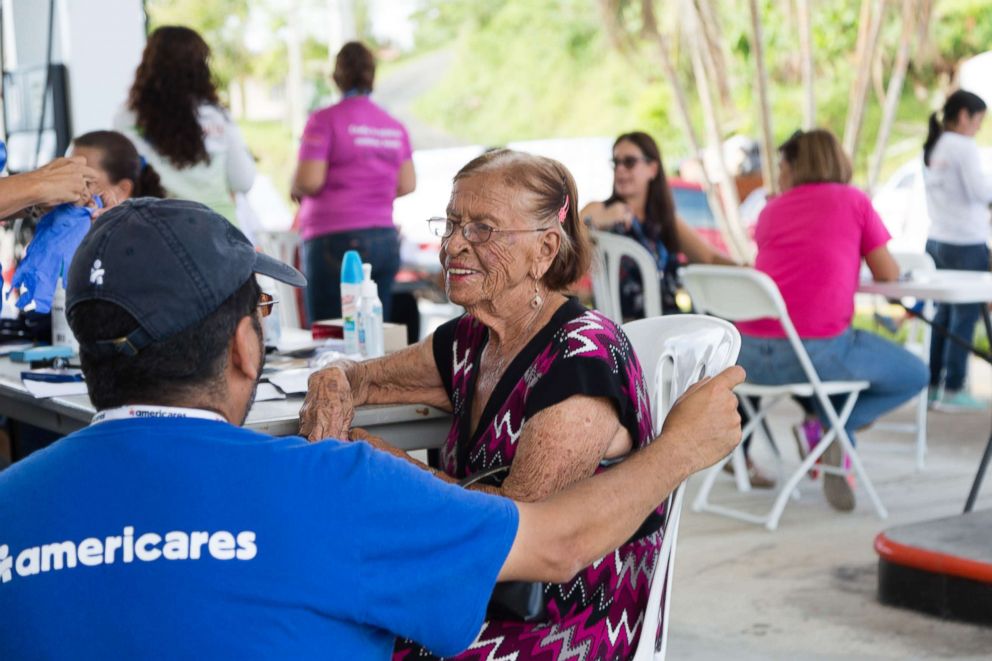 Of the estimated 175 million children impacted by natural disasters every year in the last decade, those who survive ACEs, like parental separation, may be at an increased risk of chronic disease and premature death later in life, according to the Centers for Disease Control and Prevention.

“For three weeks I thought my kid was dead,” Alexia Suarez, psychological program manager for Americares Puerto Rico Mental Health Services, told ABC News. “And that is devastating.” She added that healing is “an ongoing process because he developed a lot of mistrust.”

Children are not alone in coping with ongoing mental health effects.

Nerdys Nives, an employee of the Department of Human Resources at Ryder Hospital, told ABC news that 35 hospital employees lost their homes, and three lost family members to the storm. Her hospital is in the town of Humacao, near where the hurricane first hit the island. Nives’ home was destroyed.

“I had depression and would cry every time I thought of what I lost in the hurricane,” she said.

Puerto Rico is a self-governing commonwealth of the U.S., and Puerto Ricans have partial voting rights and pay U.S. federal employment taxes, but only pay federal income taxes in some cases.

Although the U.S. Federal Emergency Management Agency (FEMA) helped respond to Hurricane Maria, the agency has acknowledged its own shortcomings in its response to this disaster.

The National Institutes of Health (NIH), the nation’s government-funded medical research agency, has since stepped in to support research around to rebuild and recover.

Because Puerto Ricans are U.S. citizens, the country is eligible to apply for NIH funding, according to Dr. Karen Martinez, associate professor and director of the Center for the Study and Treatment of Fear and Anxiety at the University of Puerto Rico. She said that after Hurricanes Irma and Maria, the National Institute of Minority Health and Health Disparities, a division of the NIH, gave out small grants to study the health effects of the hurricanes. Martinez is part of a team that has grant funding from the NIH to study the biological effects that occur in the babies of pregnant women affected by the hurricane.

Since fiscal year of 2018, the NIH has allocated $33,106,284 to the University of Puerto Rico Medical Sciences, and additional money to other institutions. 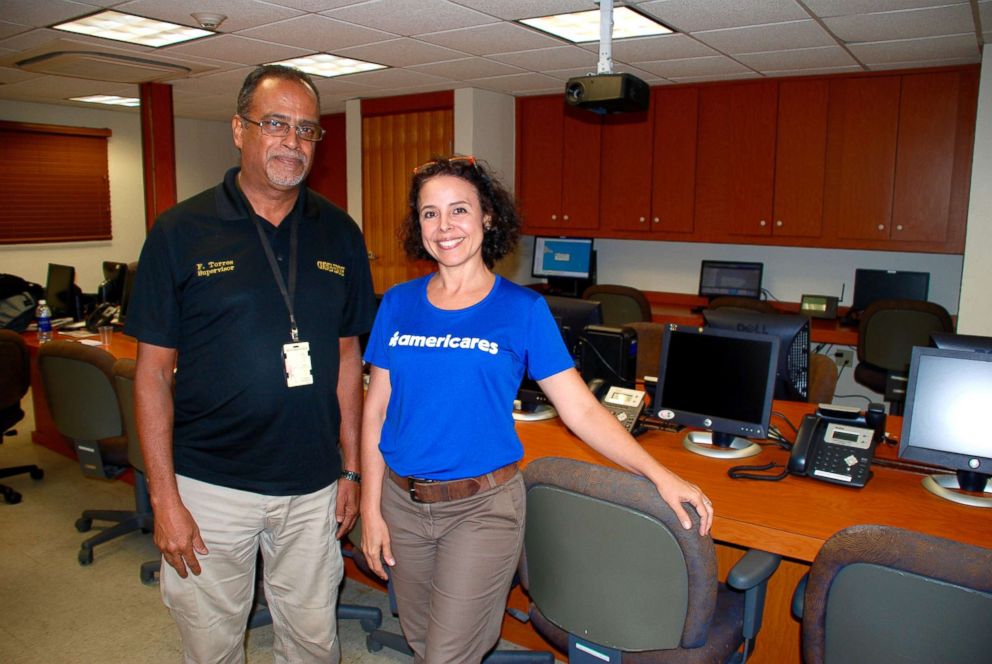 In Puerto Rico, 31 percent of families suffered a deterioration of their socioeconomic status after Hurricane Maria, according to a recent public policy report from the Instituto Desarrollo Juventud. The island is still covered in “an ocean of tarps on the roofs of many houses,” Suarez said.

But beyond physical needs, the need for social and psychological services continues to be a problem, according to Suarez.

“The [RWJ] Foundation’s response efforts in the aftermath of Hurricane Maria have been focused toward supporting behavioral health interventions, especially those aimed at vulnerable children and families. The intent is that these interventions, support and trauma-informed responses can mitigate the impact of this traumatic life event,” said Brown.

Suarez explained that Americares provides workshops for healthcare and first-responder organizations to teach “how to recognize trauma related symptoms in themselves as well as the people they serve.”

Nerdys Nives said that after working with Americares, she no longer suffers from depression.

Americares will also work with the Puerto Rico Pediatric Society to provide services for children.

“The literature is clear that the best way to address mental health in children and adolescents is in schools, and we lack a school mental health program,” said Martinez.

Though programs like Americares have an important mission, some have voiced concerns over their staying power, and whether their approaches are evidence-based.

“What I am most worried about is the long-term sustainability of these programs,” Martinez warned.

Nives, however, said that the program aims for longevity.

“After [employees] receive the training, they can go out to loved ones and people they know that are also going through these difficult situations and spread that help to get better and learn how to cope,” explained Nives.

Americares evaluates all participants before and after involvement with the program to measure its benefits, with NIH funding to analyze and improve program outcomes, according to Suarez.

Despite the challenges of community-based programs like Americares, Nives says she wishes everyone had such an opportunity.

“Americares was the blessing that came to this hospital to help lift us up!”

Dr. Robin Ortiz is an internist and pediatrician and a member of the ABC News Medical Unit.