The jab that conquered my ‘terminal’ skin cancer: It saved Ruth’s life and doctors hope it could be a dramatic advance for all cancer patients…

When Ruth Retter was told her cancer had spread and she was unlikely to survive longer than six months, she wrote letters to her three girls, Abigail, then 12, Kayla, six, and Jenna, four, and started to prepare memory boxes for them.

As her condition was terminal, her life insurance policy paid out in full, meaning she could get much-needed work done on her house. She also visited a funeral director.

‘I’m the most disorganised person in the world, but I was a single mum and I felt an overwhelming drive to sort everything out,’ she says.

‘Then, once I’d done all that, I wanted to crack on and enjoy the time we had left together. I had to face the fact that I wasn’t going to be around to see them grow up.’ 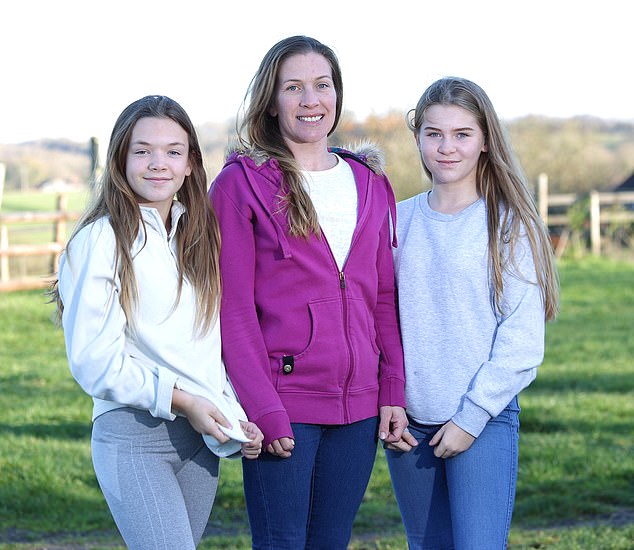 Eight years on, Ruth, now 41, has defied that grim prognosis, as one of the very first patients in the UK to benefit from a breakthrough in cancer treatment: harnessing the body’s own immune system to attack the disease.

Ruth, who lives in Somerset, was diagnosed with malignant melanoma, an aggressive skin cancer, just after Jenna was born in 2006. A spot appeared on her ankle when she was pregnant.

‘It started flat and dark, but got higher as it grew,’ Ruth says.

‘By the end of the pregnancy, it was the size of a pencil rubber tip, with some lighter patches. It was also itchy and red on the edges.’

Her GP thought it was nothing to worry about, but after Jenna was born, it began to look angry and then bleed. Ruth mentioned it during her postnatal check-up. This time she was seen by a new GP, who’d worked in Australia, where melanoma is a common cancer.

Ruth was immediately referred to a dermatologist. Sitting in outpatients three weeks later, she gazed at a poster covered with pictures of different kinds of melanoma and saw that her ‘spot’ looked exactly like the most serious of all: nodular melanoma. This spreads quickly and has a very poor prognosis.

‘I thought, “How can this be happening to me?” ’ she says. ‘I was absolutely petrified, but at the same time it seemed unreal.’ 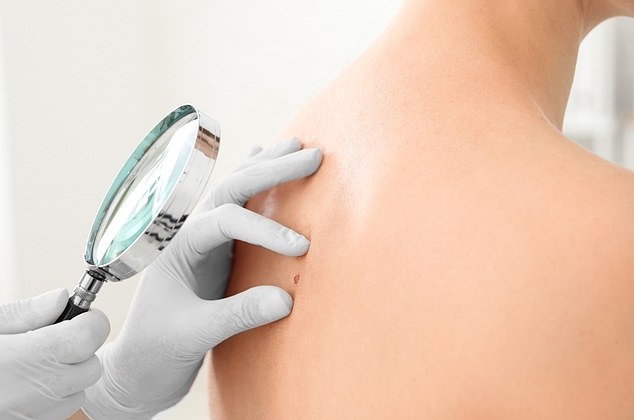 The dermatologist removed the ‘spot’ there and then, and called back members of staff who were preparing to go home for the evening. A week later tests confirmed it was nodular melanoma and its depth, 2.3 mm, meant it was likely to have spread.

The most common symptoms are changes in the shape, size or colour of an existing mole, but nodular melanomas — around 15 per cent of all cases — often appear as a firm, raised round pimple or blister which grows over a matter of months, four times quicker than other melanomas.Sometimes, but not always, they change from flesh-coloured to almost black.

They are unusually aggressive —in as little as three months they can spread internally — and account for nearly half of all melanoma deaths.

Chemotherapy and radiotherapy have little effect. Ruth was immediately referred to a specialist team at St George’s Hospital in South-West London, who excised a 6 cm area around the mole.

They also removed cancer cells from her groin and the back of her knee. Ruth recovered well but within months was doubled over with pelvic pain.

‘I’d get a stabbing pain on my left side just above my bikini line,’ she says. ‘I could also feel a lump, which was terrifying.’

A scan in January 2009 revealed a 10 cm tumour around a major artery. This was removed and Ruth was offered a place on the trial of a drug, Avastin, which had shown promising results in breast and bowel cancer and was being evaluated for melanoma.

But a year later, while still on the trial, scans showed a new tumour near her stomach and pockets in her abdomen. 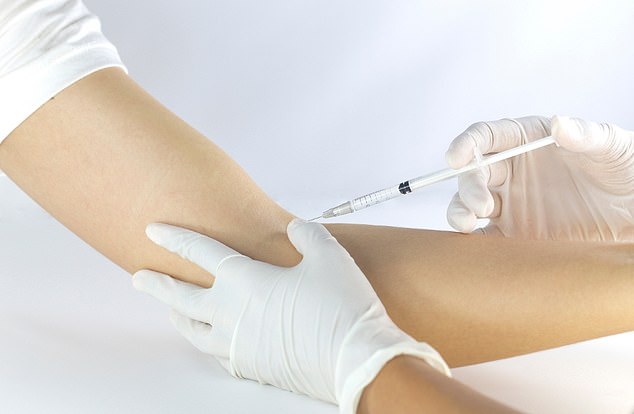 Signs: The common symptoms are changes in the shape, size or colour of an existing mole

‘It was at that point, four years after I was diagnosed that I thought, “OK, it’s going to get me”,’ says Ruth. She began planning her funeral — again. But at a regular appointment with Professor Angus Dalgleish, her oncologist at St George’s and principal of the Institute for Cancer Vaccines and Immunotherapy, she was offered the chance to join a trial of a new cancer vaccine — a type of immunotherapy called IMM-101.

Immunotherapy works by harnessing the body’s own immune response to fight cancer. The type being trialled, IMM-101, given as a simple monthly injection, was initially developed as a vaccine for tuberculosis.

‘I wanted to trial it in cancer patients because its effect is more of an immune booster than a vaccine,’ explains Professor Dalgleish. ‘The idea is to kick-start the immune system so other therapies have a chance to work better. I had been keen to move onto more exciting areas — including gene therapy.

‘But the patients who had this simple vaccine — a heat-killed bug injected into their skin — are the ones surviving the longest, particularly when combined with other therapies.

‘It’s a bit like dropping a grenade into a sleeping immune system to wake it up to attack the cancer.’

‘I was so desperate, I was happy to try anything,’ says Ruth.

‘I couldn’t allow myself to believe I could possibly be that lucky,’ says Ruth. But three months later a scan showed that the inoperable pockets of cancer in Ruth’s abdomen had stopped growing, then they actually started to shrink.

After a year, no tumours were visible anywhere — and, over eight years later, they’ve not returned.

‘I didn’t really believe it at first,’ says Ruth. ‘For a long time, I thought every ache and pain was another tumour, but each time I had a scan there was no cancer.’

Professor Dalgleish believes most cancer types could benefit from IMM-101. It can be used alone but works best in conjunction with other immunotherapy drugs. As he explains: ‘It wakes the immune system up and makes tumours more vulnerable to chemotherapy, radiotherapy and targeted treatments.’

These targeted treatments include other forms of immunotherapy, which work by blocking the proteins that cancer cells use to ‘hide’ from the immune system. Although these checkpoint inhibitors, as they’re called, have been a huge advance in the treatment of melanoma and lung cancer, many patients don’t respond to them.

This is where IMM-101 could help, given in conjunction with immunotherapy. Professor Dagliesh says that two of his patients with advanced melanoma given this combination had ‘a complete response: their tumours shrank to the point that we can no longer see them on a scan’.

‘But what’s amazing about Ruth Retter is her complete response without any other treatment. She was riddled with cancer and she is now completely disease-free.’

Although the figures involved are small — 150 patients to date — Professor Dalgleish believes we’re on the cusp of a cancer treatment revolution, and he’s now running a new trial with melanoma patients combining a checkpoint inhibitor drug, nivolumab, with IMM-101.

‘I’ve worked on many immunotherapies over the past 20 years, but I think this one could be a massive breakthrough. I could see a time when I would start every cancer patient on IMM-101 before moving onto other treatments.’

Unlike other immunotherapy, IMM-101 could be relatively inexpensive. But its unique advantage is its lack of toxicity, apart from a red mark around the injection site, he says.

‘I still have injections every month,’ she says. ‘But instead of living from week to week, I’ve allowed myself to think I might be here year after year.’

‘I’m conscious that people with my disease are still dying,’ she says. ‘I’m just so grateful I was one of the lucky ones.’