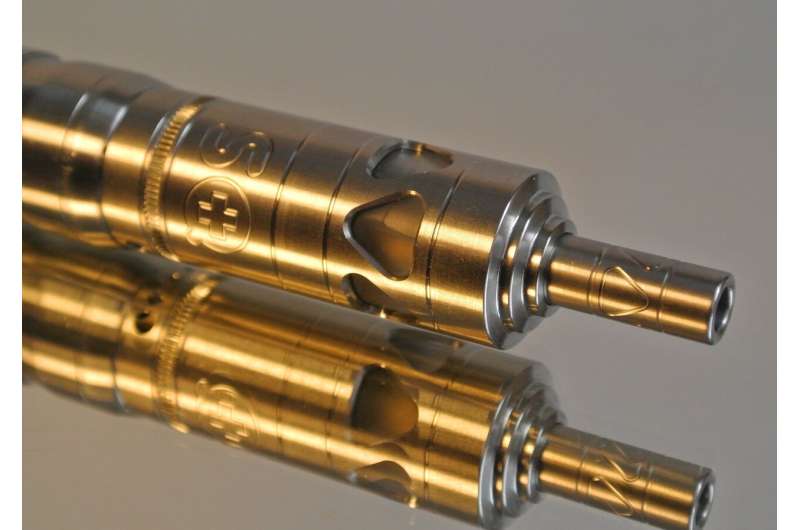 A new study published in the Australian and New Zealand Journal of Public Health shows teachers and other school staff are worried about the impact of rising e-cigarette use on student mental health and performance, with more than half saying it had caused a shift in school culture.

More than a third of those working with primary-school-aged children said at least some of their students use e-cigarettes, and a quarter said this had increased in the last two years.

The George Institute’s Professor Simone Pettigrew said very little was known about the vaping activities of primary school children, despite evidence from other countries suggesting it is growing in this age group.

“Most of what we know about student vaping comes from research conducted in secondary schools in the United States,” she said.

“Our study shows some concerning trends in e-cigarette use in Australian schools—particularly primary schools—that need to be nipped in the bud to prevent future harm.”

196 staff working in schools across Australia completed an online survey about vaping behaviors observed among their students. Just over half (57%) were from New South Wales or Victoria and around a quarter (28%) represented schools outside metropolitan areas.

The study also suggested that younger students tended to have different ways of accessing e-cigarettes than those in secondary school.

“We found that according to their teachers, primary school students were more likely to get e-cigarettes from their siblings or to take them from home without permission,” added Professor Pettigrew.

“Secondary school aged children were reported to be more likely to get someone else to buy for them, receive them from a friend aged over 18 or via the Internet.”

Despite the observed increase in e-cigarette use, only one-third of those surveyed reported that their schools had a vaping policy or provided vaping-prevention education for students.

“Our study suggests many Australian students can readily access e-cigarettes and that vaping in schools is becoming more prevalent, including in primary schools,” said Professor Pettigrew.