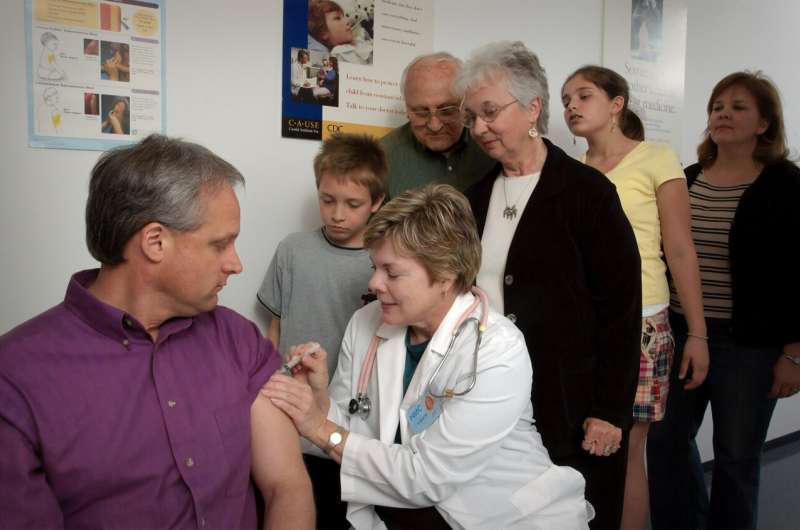 Public health messages that promote COVID-19 vaccination rates at state, city and community levels may have less influence on vaccination decisions than the signals people receive from their own family and friends.

That’s according to a study published on the cover of the July 19 issue of the Proceedings of the National Academy of Sciences. Therefore, the most promising public health interventions to promote COVID-19 vaccine uptake should seek ways to leverage social norms among close ties, the findings assert.

“One of the takeaways is the importance of people’s perceptions of the intentions of the people around them,” said Nathaniel Rabb, a project manager at the Policy Lab at Brown University and the lead author of the study. “It lends further credence to the idea about changing disclosure norms. It’s likely given other survey data we’ve seen that in groups where vaccination is less common, people read the norms and talk about it less, even if they are vaccinated. It’s almost taboo.”

The research team posits there’s a feedback loop that needs to be disrupted, Rabb said.

“It will certainly need a very different public health policy approach than putting up a billboard with how many people in your state got vaccinated, or berating people into doing it or telling them they’re at terrible risk of peril,” Rabb said. “It’s going to require a long-game strategy. In our results, it seems like you have to break these taboos about talking about it—and that’s not trivial.”

The findings were based on surveys of Rhode Island respondents and the general U.S. population in 2020 during the first year of the pandemic, and again in March 2021 once vaccines were becoming available to segments of the general population. The data were collected and analyzed in partnership with the Rhode Island Department of Health.

Participants answered questions about their intentions to get vaccinated and how many people they believe would get vaccinated among various groups—including their family and friends, neighbors, people in their city and state, and among Democrats, Republicans and independents.

Willingness to vaccinate depended on the perceived extent to which others would vaccinate. The strongest relationship was between vaccination intentions and social norms for respondents’ friends and family. It weakened as the reference group expanded to people in one’s neighborhood, city and state.

“The strength of the relationship goes down as the groups become more heterogeneous,” Rabb noted.

The findings can help inform public health policy as well as provide a jumping-off point to explore ways to disrupt the pattern the data illuminated.