Stomach bloating is primarily caused by a build up of gas in the gastrointestinal tract. The main offender is gassy foods. A lesser-known culprit is hot weather. As the UK heads further into the summer, sun-worshippers should be aware of the impact rising temperatures can have on tummy swelling.

The first is dehydration – a common side effect of prolonged sun exposure, as she explained: “When the body isn’t properly hydrated, it actually holds on to water as a safety net mechanism.

“It’s your body’s method of self defence, because it doesn’t know when it’ll next receive moisture and it needs to conserve what reserves it does have.

“But this process may actually cause bloating.

“And it’s not just the retained water causing the stomach to swell. 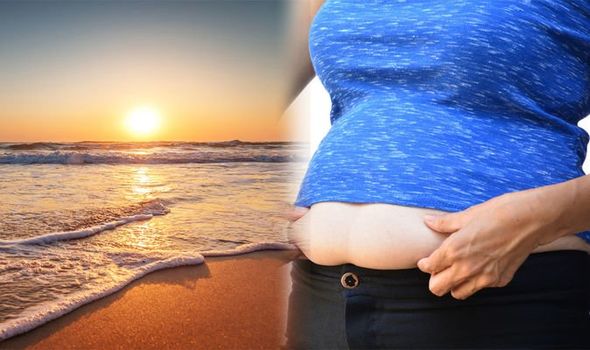 According to the NHS, signs you’re dehydrated – and at risk of bloating – include feeling thirsty, dark yellow and strong smelling pee, feeling dizzy or lightheaded, feeling tired, dry mouth, lips and eyes, peeing little, and fewer than four times a day.

The key to remedying this is to drink plenty of water and avoid things that might make you overly dehydrated, such as salty foods or excess alcohol, she said.

There a number of factors that increase the risk of dehydration, including:

The sun’s rays may not help either, as it may also cause fluid imbalances in the body, said Dr Hart.

If you’re prone to bloating, stick to shady areas on scorching days, she added. 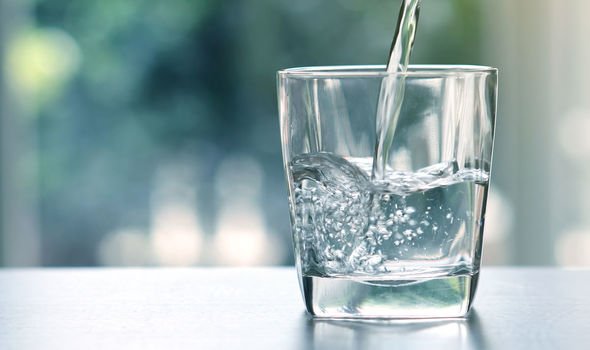 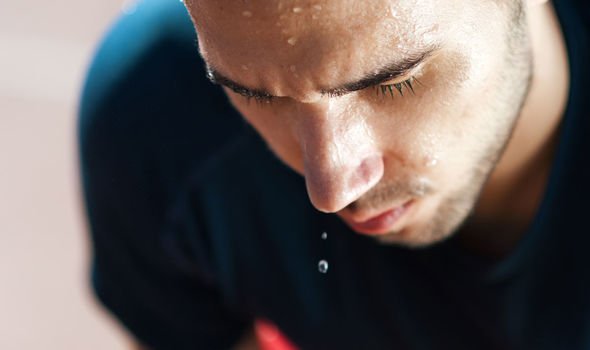 Dr Hart also advises avoiding foods that contain something called FODMAPs – carbohydrates found in certain foods, and which are not easily broken down and absorbed by the gut.

“This in turn can produce gas and fluid in the gut, causing bloating,” she said.

Dr Hart also recommends taking up exercise to keep the digestive tract moving along. “This may reduce constipation and help alleviate any associated bloating,” she said.

It’s important that you get checked out by your GP if you are concerned about bloating or other digestive symptoms, to eliminate any serious cause, adds Dr Hart.

She also recommends getting a blood test to identify any potential food intolerances if the problem persists.