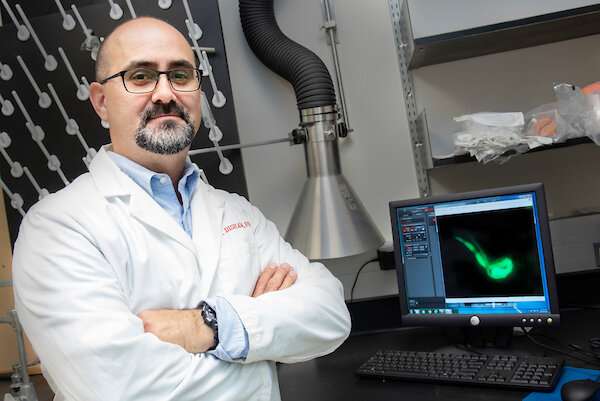 What can we learn about human health from the lowly sea squirt?

More than you may think.

In his laboratory at the USF Children’s Research Institute in St. Petersburg, microbiologist Larry Dishaw, Ph.D., uses the sea squirt known as Ciona intestinalis to study how the innate immune system interacts with microbes that settle in the gut in ways that seem to facilitate homeostasis (stability) and promote survival and health.

Supported by a four-year, $867,581 grant from the National Science Foundation (NSF), Dr. Dishaw’s immune research explores the populations of microbes living together in the gut – trillions of bacteria, viruses, fungi and even some parasites – collectively known as the gut microbiome. His team is also interested in defining how disruption of a stable gut microbiome relates to the onset of inflammatory bowel disease, an autoimmune disorder affecting 1.6 million Americans.

“Many factors are at play in regulating the microbiome,” said Dr. Dishaw, an associate professor of pediatrics at USF Health Morsani College of Medicine. “And a lot of researchers around the world are interested in how the microbiome colonizes in animals, how this microbial community achieves stability, how it can shift out of balance, and how it is relevant to protecting human health.”

One Of Closest Evolutionary Invertebrate Relatives Of Humans

If you look under the microscope at the translucent juvenile sea squirts cultivated by Dr. Dishaw’s lab you can see a gut (with a stomach and intestinal compartment) similar to the digestive tract of vertebrates. Despite its primitive appearance, the sea creature – a protochordate—is considered one of the closest evolutionary invertebrate relatives of humans.

Unlike humans, sea squirts rely their entire lives solely on naturally present innate immunity for host defense. They lack the other more evolved arm of immunity know as adaptive immunity, which differs from one animal species to the next and activates in response to specific foreign invaders. 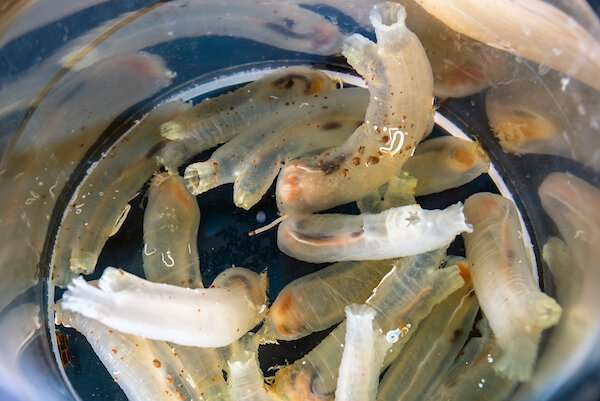 That, Dr. Dishaw says, is what helps make the sea creature a good model for investigating the evolution of the host immune system and its role in creating and maintaining a well-balanced gut microbiome.

“When humans are born, they do not develop adaptive immunity until ages 3 to 5… so the initial process of colonizing bacteria and other microbes that make up their microbiomes is all mediated by innate immunity,” he said.

With a simpler model system like the sea squirt, the researchers can look at innate immunity in isolation. They can monitor how the immune system responds when encountering microbes for the first time, how microbes initially “choose” where to colonize in the gut, and how the animal maintains homeostasis – that is, a healthy balance of gut microbes needed to digest food and absorb nutrients throughout its life.

Dr. Dishaw’s NSF grant builds upon the work of his mentor Gary Litman, Ph.D., USF professor emeritus of pediatrics, whose lab discovered the genes for a family of variable region-containing chitin-binding proteins, or VCBPs, made and secreted by the gut wall in a different protochordate, the ancient fish-like organism amphioxus. These immune proteins appear to help regulate how bacteria and fungi interact and grow such that intestinal barrier function is enhanced, Dr. Dishaw said. The VCBPs also seem to influence the production or release of phages, viruses that infect and destroy specific gut bacteria, he added.

“The goal of our project is to find out what happens when we muck with that system. When the VCBPs don’t bind fungi or bacteria correctly, how is the physiological fitness of the animal affected?” Dr. Dishaw said. “We believe these immune effectors can shape the ecology of the gut microbiome in ways that promote (or deter) health. And we think the sea squirt model can help us understand how that happens.”

The researchers can rear germ-free juvenile Ciona, then introduce into their water whatever microbes they choose. Because the sea squirt filters water constantly, they can quickly track where in this controlled environment the newly introduced gut microbe populations settle and thrive as well as examine the role host-microbe interactions play in developing a frontline immune defense system. 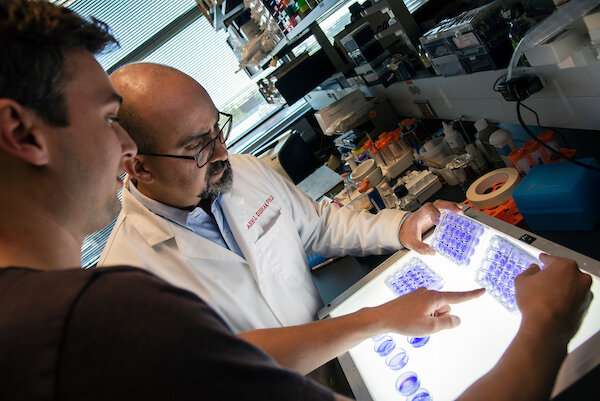 In a series of experiments published last year in Open Biology, the USF researchers induced colitis-like inflammation and damage in sea squirts by exposing their guts to the chemical dextran sulfate sodium (DSS). They showed that DSS altered the production and settlement of the secreted immune molecule that binds bacteria.

Most invertebrates, including sea squirts, defend their gut walls against potential microbial attack and prevent infection with mucous rich in chitin. The researchers found that pretreatment with microparticles of chitin, a fibrous substance prevalent in Ciona’s epithelium-associated gut mucous, protected the animal from the colitis-like effects of subsequent DSS exposure.

Ciona, which permits the study of innate immunity in isolation, “may help us determine how innate immunity modulates recovery from colitis and the re-establishment of (gut microbiome) homeostasis,” the study authors concluded. 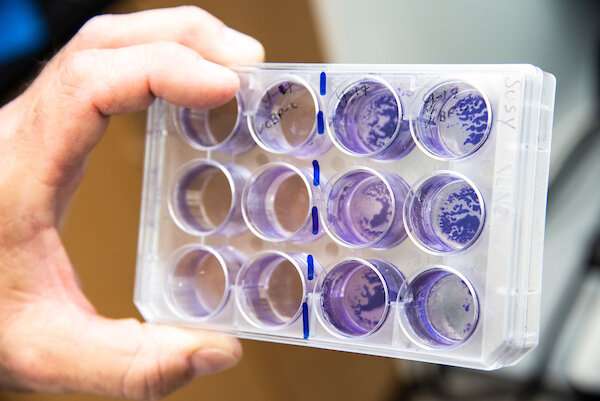 Dr. Dishaw is also co-investigator for a National Institutes of Health grant led by the USF College of Nursing’s Maureen Groer, Ph.D. The project is investigating the link between the gut microbiome of premature infants and their health as they age.

“We think early colonization of microbes is critically important in establishing lifelong gut microbiome features,” Dr. Dishaw said. “So, early life events that shape the (evolving) microbiome—like spending 4 to 6 weeks in a neonatal intensive care unit where the infant receives multiple antibiotics to treat or prevent infections—could translate into long-term changes in health.”

The ultimate goal of microbiome research is to come up with effective treatments to reset the equilibrium of a microbial community gone awry – whether by diet, stress, pathogens, or even the medications used to fight disease.

In an age of growing multidrug resistance, Dr. Dishaw believes that phage therapy also offers promise as an alternative or supplement to antibiotics for patients suffering from recurrent, difficult-to-treat infections. In another NSF grant with co-principal investigator Mya Breitbart of the USF College of Marine Sciences, he is colonizing a variety of bacteria in the sea squirts in an effort to test how phages – the viruses that infect bacteria – can be used to selectively eliminate harmful gut bacteria.

Phages, which specifically target single types of bacteria, might be harnessed to chase pathogens out of the microbial community without having to rely on antibiotics, which can wipe out both harmful and beneficial bacteria, Dr. Dishaw said. “In theory, you could use a C diff phage with high precision to target and kill only C. diff bacteria.”