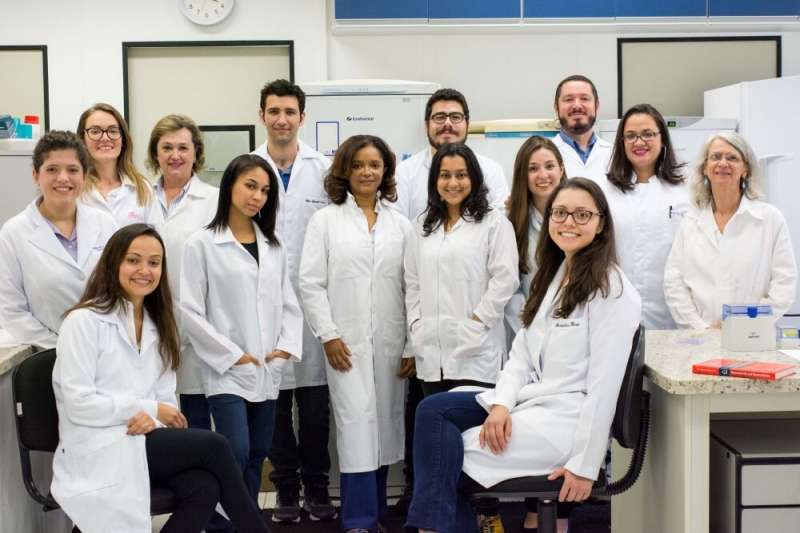 The abundant presence of an enzyme known as low molecular weight protein tyrosine phosphatase (LMWPTP) in tumor cells has long been considered an indicator of cancer aggressiveness and metastatic potential. It is also known to perform important functions in cells under normal conditions, participating in both the proliferation process and the regulation of intracellular systems. Research continues on its role in cancer progression.

In Brazil, a group of researchers at the University of Campinas’s In Vitro Bioassay and Signal Transduction Laboratory led by Professor Carmen Veríssima Ferreira-Halder are studying the possibility of inhibiting this protein phosphatase to create novel opportunities for monitoring and treatment of cancer and other diseases.

“We believe inhibition of LMWPTP could contribute to the treatment of several diseases,” Ferreira-Halder said. “In our case, the focus is on cancer, but research shows it’s also associated with autoimmune diseases and diabetes, among others.”

Ferreira-Halder was principal investigator for the Thematic Project “Low molecular weight protein tyrosine phosphatase in colorectal cancer: from the bench to product generation,” supported by FAPESP and completed in June 2020.

A review article by the group published in Cellular and Molecular Life Sciences outlines 14 years of research on LMWPTP and its contribution to cancer treatment. “Our group was one of the first to show that this enzyme contributes to chemotherapy resistance in leukemia cells,” Ferreira-Halder said. “We also found that the more advanced the stage of the tumor, the larger the amount of the enzyme. With these discoveries as a basis, research conducted in collaboration with the group led by Professor Maikel Peppelenbosch at Erasmus University Medical Center in Rotterdam [Erasmus MC, Netherlands] validated the significance of LMWPTP to other types of cancer, such as prostate, colorectal and stomach cancer. This research showed us that LMWPTP not only weakens the response to chemotherapy drugs but is also associated with a greater capacity for metastasis.”

The review article, whose first author is Alessandra Valéria de Sousa Faria, also discusses the available substances that inhibit LMWPTP and the characteristics that make it difficult for drugs to be designed against it. Ferreira-Halder believes it is not yet possible to speak of treatment based on inhibition of LMWPTP, but the strategy can be used for other purposes. 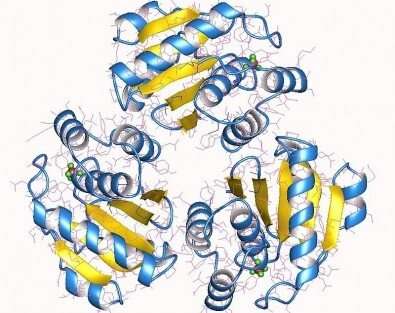 “Our initial aim is to use this enzyme as a biomarker for the purpose of monitoring treatment, and also to use it to classify patients in terms of the severity of disease. In my view this can be done in a relatively short time,” she said. “As for treatment, a lot more work remains to be done. Professor Nunzio Bottini at the University of California San Diego [U.S.] has filed for a patent on a highly effective inhibitor that can be administered orally. Actually he and his group have synthesized several inhibitors, but they have only published one. Maybe we’re in for a surprise and a drug will be developed faster. Who knows?”

The main challenges to be faced in developing inhibitors are specificity—the drug must act specifically on LMWPTP, which is part of a family of some 100 highly similar phosphatases—and stability, so that the drug remains active in the organism. “Until Bottini and his group filed their patent application, all inhibitors acted on several members of the family,” Ferreira-Halder said.

Some of the substances mentioned in the review were developed for other purposes but also inhibit LMWPTP and could be used to treat cancer, according to Faria, who recently defended her doctoral thesis on how LMWPTP affects platelets, small cell fragments in the bloodstream that play a key role in clotting.

Faria’s research on LMWPTP began with its role in colorectal cancer and platelet reaction in this microenvironment. “As our investigation of platelet biology progressed, we realized how much more knowledge of the enzyme’s action on platelets was needed,” she said.

The first part of the study consisted of verifying the action of LMWPTP and the protein tyrosine phosphatase 1B (PTP1B) on platelets, with regard to both metabolism and function. The second focused on the influence of platelets on the expression of LMWPTP in cells.

“The goal was to find out to what extent tumor cells may ‘educate’ platelets to support certain events, such as metastasis, for example, and conversely how far platelets ‘educate’ tumor cells to assure their survival and proliferation,” Faria explained.