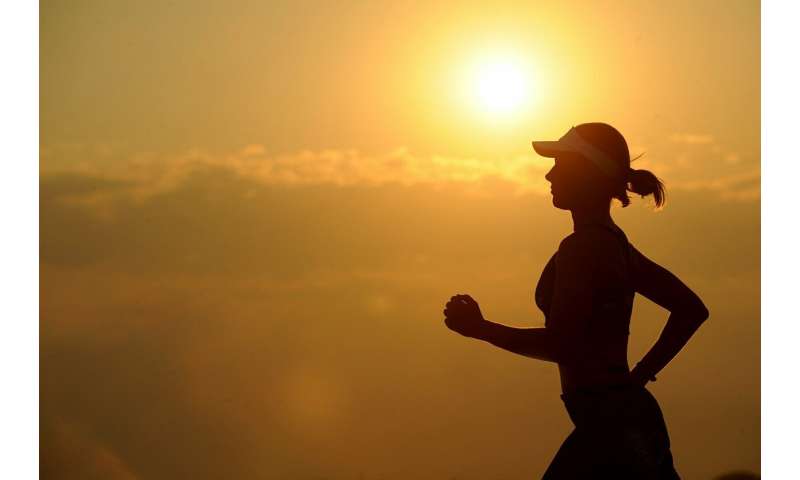 Maybe running comes easy, each stride pleasant and light. Maybe it comes hard, each step a slog to the finish. Either way, the human body is constantly calibrating, making microscopic adjustments to keep us from falling as we weekend-warrior our way to greatness.

Runners constantly—and unconsciously—make minor corrections to their running form to keep their bodies upright, a recent study has found.

“You might think running is just a repetition of identical steps, and it might look like that to the naked eye,” said Nidhi Seethapathi, lead author of the study. “But actually, there are really small errors that happen when you run, and you have to constantly correct to avoid falling down. Our muscles and our senses are not perfect, and that leads to errors. If we didn’t correct for these self-generated errors, we would fall. Our study investigates how people correct such errors.”

The study was part of Seethapathi’s doctoral thesis in mechanical and aerospace engineering at The Ohio State University and was published earlier this month in the journal eLife. She has since accepted a postdoctoral position at The University of Pennsylvania.

“The tasks that your body does almost subconsciously have all these tiny movements behind them,” said Manoj Srinivasan, a co-author of the study and associate professor of mechanical and aerospace engineering at Ohio State. “Those little movements were what we were looking to understand.”

To understand how humans run without falling, the research team put volunteers on a treadmill and had them run at three different constant speeds. The team monitored and measured motion in each runner’s torso, the placement of each footstep and the force with which the leg pushes against the ground. The volunteers were average runners—not couch potatoes, but not marathoners, either.

They found that those runners automatically corrected for minor deviations in the movement of their torsos—their center of mass—by making slight changes to the place each footstep landed and by making miniscule adjustments to the amount of force with which their leg hit the ground. Seethapathi and Srinivasan found that they could predict how runners would change their footsteps or force by noting changes in the location of their torsos.

They also found that runners, by and large, corrected imperfections in a step by their very next step, indicating that the human body has the ability to “fix” its running gait in order to stay upright. And their research showed that imperfections in a running stride that would have caused a runner to fall to the side were corrected more quickly than errors that would have caused a runner to topple forward or backward.

None of the errors examined in this study included external factors—a crack in pavement, for example, or a tree root on a trail. But what they did show was the human body’s great capacity for keeping itself upright while moving—something that robots, in general, struggle to do.

“We try to work at the intersection of robotics and human movement,” Seethapathi said, “in that we use metrics that are traditionally used in robotics on human movement and then take inspiration from humans to inform robotic movement.”

The study’s findings could be used to engineer robots that are able to walk or run without toppling over, or to build an exoskeleton that moves more intuitively with the human body, Srinivasan said.

“In terms of movement, humans are just vastly superior to current robots,” Srinivasan said. “Our research is sort of reverse engineering the human body to understand how humans and animals control their bodies to do these amazing tasks. While walking and running maybe don’t sound amazing to people—because it is something most humans do almost every day—there have been a lot of technical challenges to making a robot that can walk or run without falling over, or to building an exoskeleton, for example, that can help a human regain movement while recovering from a stroke.”

An exoskeleton is exactly what it sounds like: A mechanical skeleton, or parts of a skeleton, that people wear to help the human body do everything from lift heavy objects to regain movement after an injury or stroke.