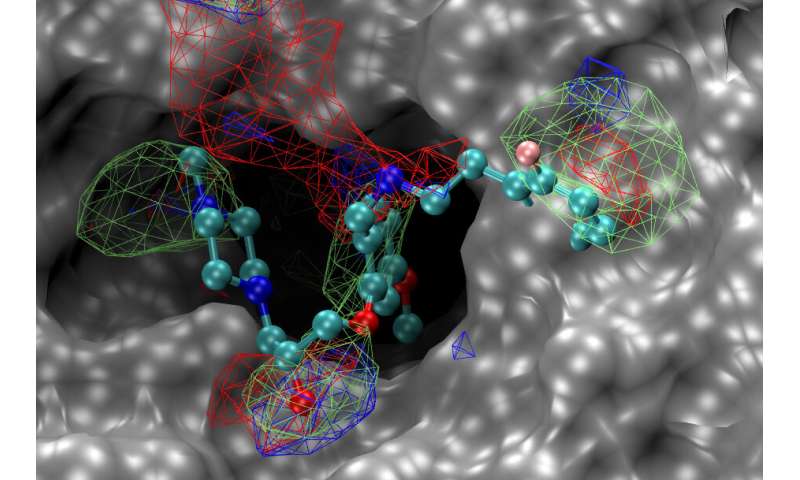 Researchers at the University of Maryland School of Medicine (UMSOM) and School of Pharmacy (UMSOP) have discovered new drug compounds to potentially treat the novel coronavirus that causes COVID-19. The compounds disrupt the functioning of a protein complex inside human cells that the researchers discovered is critical for the replication and survival of coronaviruses. This finding could lead to the development of new broad-spectrum antiviral drugs that target viruses such as influenza, Ebola and coronaviruses, according to a new study published today in the Proceedings of the National Academy of Sciences (PNAS) journal.

The protein complex, called SKI complex, is a group of human proteins that regulates various aspects of the normal functioning of a cell. In the new study, the researchers discovered that this complex also plays a crucial role in helping a virus replicate its genetic material, called RNA, within the cells it infects.

“We determined that disrupting the SKI complex keeps the virus from copying itself, which essentially destroys it,” said study corresponding author Matthew Frieman, Ph.D., Associate Professor of Microbiology and Immunology at the UMSOM. “We also identified compounds that targeted the SKI complex, not only inhibiting coronaviruses but also influenza viruses and filoviruses, such as the one that causes Ebola.”

He and his colleagues from the School of Pharmacy’s Computer-Aided Drug Design Center and the Center for Biomolecular Therapeutics at the UMSOM used computer modeling to identify a binding site on the SKI complex and identified chemical compounds that could bind to this site. Subsequent experimental analysis showed these compounds to have antiviral activity against coronaviruses, influenza viruses, and filoviruses (such as Ebola). Researchers from the National Institute of Allergy and Infectious Diseases also participated in this study.

The study was funded by Emergent BioSolutions, a biopharmaceutical company based in Gaithersburg, MD.

“These findings present an important first step in identifying potential new antivirals that could be used to treat a broad number of deadly infectious diseases,” said study lead author Stuart Weston, Ph.D., a research fellow at the UMSOM. Such drugs have the potential to treat infectious disease associated with future pandemics. Next steps include conducting animal studies to learn more about the safety and efficacy of these experimental compounds, which are not approved by the Food and Drug Administration.

In other research efforts funded by the federal government, Dr. Frieman and his team are rapidly testing hundreds of drugs, approved and marketed for other conditions, to see whether any can be repurposed to prevent or treat COVID-19.