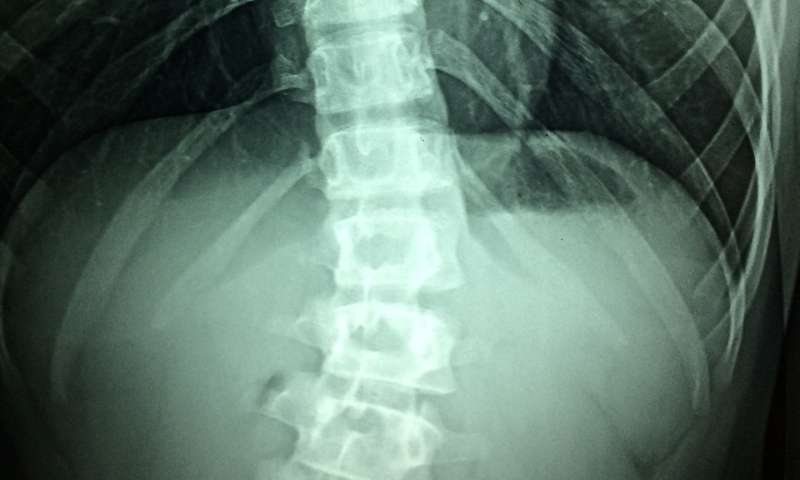 In a paper recently published in the Journal of Clinical Investigation, the team of researchers used models in the lab to investigate a unilateral spinal cord injury similar to Brown-Sequard Syndrome, a rare neurological condition where damage to the spinal cord in a person results in weakness or paralysis on one side of the body and a loss of sensation on the opposite side.

Wei Wu, Ph.D., assistant research professor of neurological surgery at IU School of Medicine, said the spinal cord injury model damaged the connection between the left hemisphere of the brain and the right side of the body, leading to a significant functional deficit to the right forelimb.

“The skilled function of upper limbs is very important for the quality of life in the patients with cervical spinal cord injury, but such functional recovery is very difficult to achieve in the severe injury,” said Wu, first author of the paper and a member of the Spinal Cord and Brain Injury Research Group at Stark Neurosciences Research Institute. “We found that the intact corticospinal system in the opposite side of the brain and spinal cord can be modulated to at least partially take over the control of the forelimb that is damaged by the spinal cord injury, resulting in a forelimb functional improvement.”

The team used an optogenetic neuromodulation strategy—stimulation using light—on the right hemisphere of the brain to modulate the motor cortex. This shifted additional neural circuits from the left side to the right side of the brain to dramatically increase and improve forelimb function.

“New circuits in the whisker, jaw forelimb and neck areas in the right hemisphere of the brain are recruited to control the right forelimb,” Wu said. “Interestingly, the beneficial neural plastic changes emerge both in the brain and the distal spinal cord after the optogenetic neuromodulation was applied on the motor cortex.”

Wu said results of the study showed significant improvement to the forelimb; however, there are still many challenges ahead, since the complete digital recovery is not succeeded.