‘This is Warrington not North Korea’: Patient, 25, is encouraged to find another GP practice after bosses at the surgery found she shared a link criticising it on Facebook

A patient has been encouraged to find another GP practice after sharing an article that criticised the surgery on Facebook.

Bosses at Culcheth Medical Centre wrote to the 25-year-old, telling her that staff often ‘monitor’ the social media of patients.

They printed off the unidentified woman’s post on a community Facebook page – a link from about the practice in her local newspaper.

Culcheth Medical Centre’s practice manager Shelley Moores penned a letter to the woman, saying they had ‘noticed’ she shared the post.

The letter added: ‘As the practice does not appear to be meeting your expectations, we politely suggest that you may wish to register with another.’ 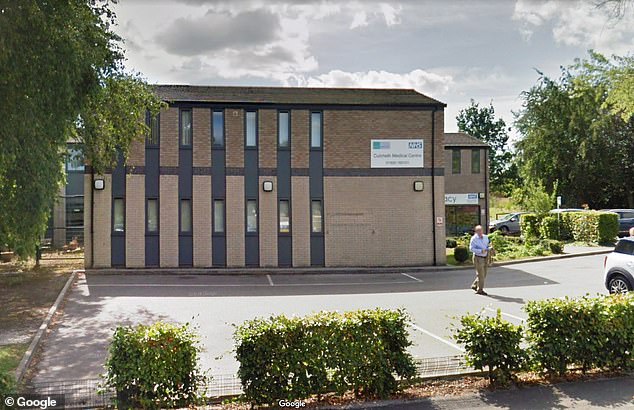 Bosses at Culcheth Medical Centre wrote to the 25-year-old, telling her that staff often ‘monitor’ the social media of patients 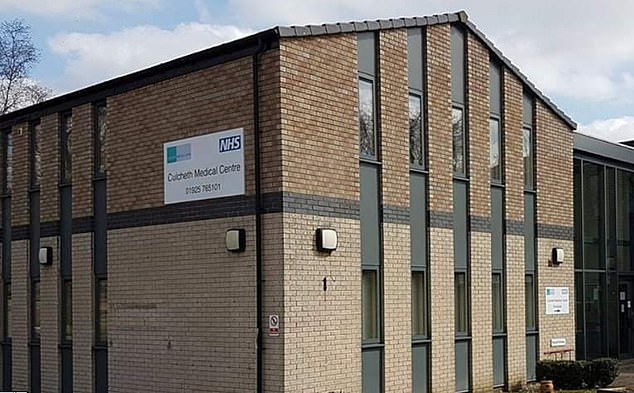 Culcheth Medical Centre’s practice manager Shelley Moores penned a letter to the woman, saying they had ‘noticed’ she shared the post

The surgery, located in Culcheth itself, made the suggestion ‘due to the breakdown in the patient/doctor relationship’.

The woman, who has been registered at the practice for around a decade, shared the post on Culcheth Memories and Chat. It has since been deleted.

‘I was a bit dumbfounded, I honestly didn’t expect that to happen. I opened the letter a bit confused,’ she told the Warrington Guardian.

‘I struggle to read as I am severely dyslexic and had my dad read it back to me when he got in.

‘We’ve all put things on social media we probably shouldn’t but, surely I have a right to share something about that whether that be good or bad.’

She added: ‘My main worry is that the practices talk to each other and my next practice would not take me because of this.

‘I would like to know how many people have been banned from the practice for similar things?

‘Are we not allowed an opinion? Do we live in a dictatorship where you’re banned for sharing a factual post? This is Warrington not North Korea.

Emma Coombe, a paediatric junior doctor, said the letter was ‘shocking’ and that she would be ‘on the lookout for a new practice’

James Fraser, a senior nurse in Cumbria, said it was ‘surprising’ the practice got a ‘good’ for caring in the CQC report

Gill Newcombe, a sonographer in Wessex, joked: ‘Practice of the Year Award right there’

The original article she linked to was the newspaper reporting on an inspection at Culcheth Medical Centre by officials at the Care Quality Commission.

The practice serves around 12,000 patients. Its most recent review on an official NHS website gave the surgery just one star.

Medics reacted with shock and disgust, after the letter was shared on Twitter.

One junior doctor claimed that she would be ‘on the lookout for a new practice’ if she received a letter like that.

The post, by a user called Dom, said: ‘I went into the surgery with a monthly repeat prescription to treat my severe depression and panic attacks.

‘I had messed up the dates and needed my prescription done today [that day] as I had ran out.’

They added that the staff who dealt with their need for a prescription was ‘extremely rude and wouldn’t help’.

Dom alleged they were told they were to blame, before being dealt the news that there was ‘nothing she can do’.

A spokesperson for the practice told the Warrington Guardian: ‘We always strive to ensure that we provide high quality services to all our patients.

‘When a patient is unhappy with the services we provide we always offer them the opportunity to come and discuss their issues and concerns.

‘Unfortunately, when a patient does not wish to discuss issues and concerns with the practice, but is clearly very unhappy with the services, then the practice will offer to support the patient in transferring to another practice, should they wish to do so.

‘Finally, whilst we are disappointed with the fact that there are a small number of patients who take the decision to raise issues via social media and other means before making contact with the practice, the offer remains for those individuals to meet with the doctors or practice managers to discuss their concerns with a view to resolving any issues.’

WHAT DID THE LETTER SAY?

We have noticed that you recently shared a post about Culcheth Medical Centre’s CQC inspection to Culcheth Memories and Chat, from the Warrington Guardian Facebook page.

You may be aware that the practice monitors social media and endeavours to liaise with any patients who are seemingly unhappy with the services they receive from the doctors and nurses here.

The GP partners feel very disappointed that you did not speak to a member of our management team if you had any complaints about the practice and the services we provide and although on this occasion you made no defamatory comments, you have done so in the past and these have been seen by the managers and staff members, as well as the GP partners.

As the practice does not appear to be meeting your expectations, we politely suggest that you may wish to register with another practice due to the breakdown in the patient/doctor relationship.

If there is a particular Practice that you would like to join, just go along and ask them for a New Patient Registration Form and they will deal with the request for your records. Alternatively, if you are unsure as to where the nearest GP practice is in relation to where you are living, you may contact Primary Care Support England and they will be able to help you further.

On behalf of Dr A Sinha and Dr J Macbeth