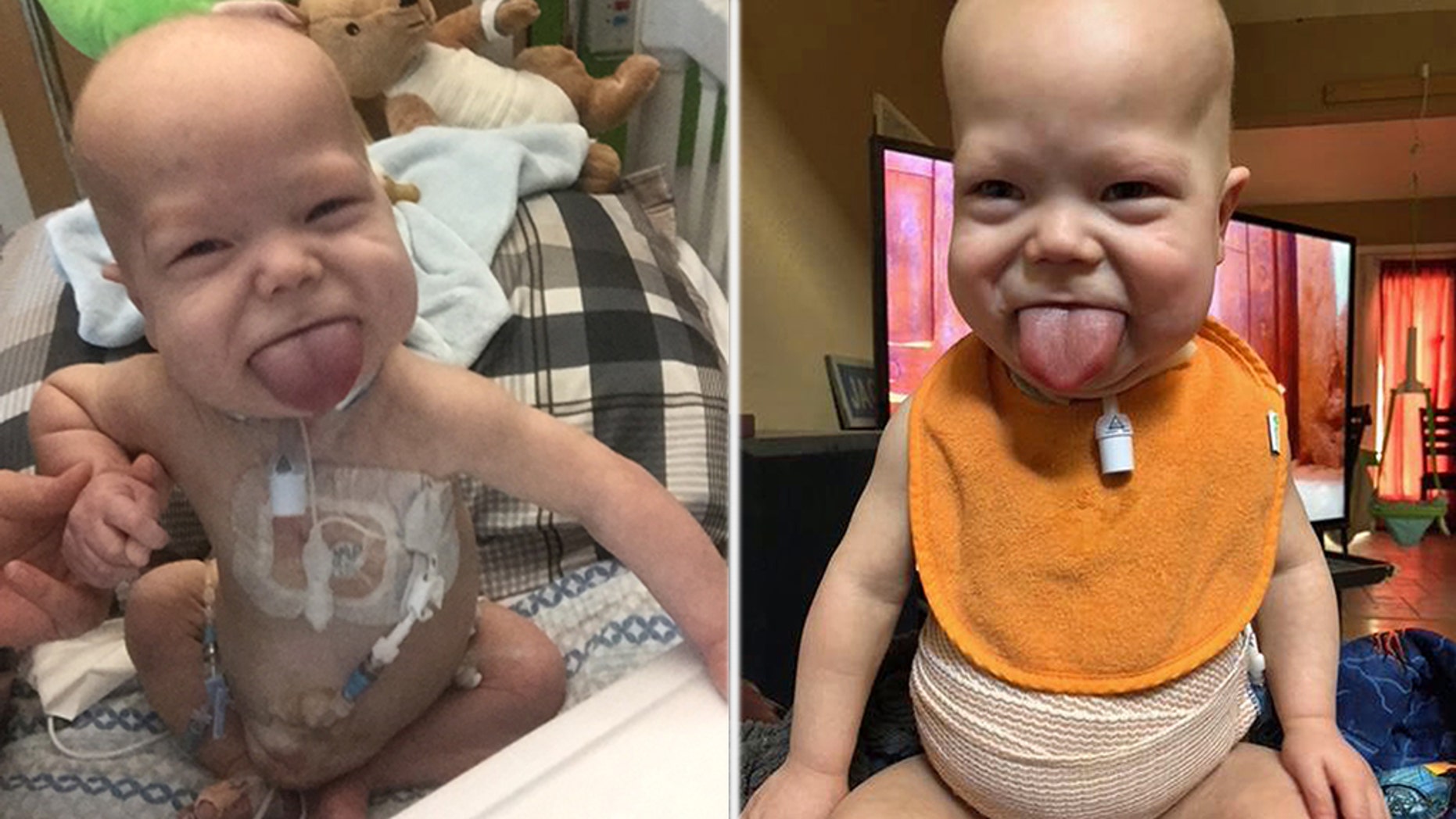 The Oklahoma toddler has a rare condition known as Beckwith-Wiedemann Syndrome, which causes his tongue to be abnormally large. (Caters News Agency)

A 16-month-old toddler in Jenks, Oklahoma, who was born with a rare condition that causes his tongue to be abnormally large will require surgery to reduce its size, his mother said.

Baker Roth was has a condition known as Beckwith-Wiedemann Syndrome or BWS. The genetic disorder is “commonly characterized by overgrowth,” according to the Children’s Hospital of Philadelphia. And it’s rare — typically occurring with just one in 11,000 births.

“The tongue is his biggest challenge at the moment,” his mother, Farrah Roth, 42, told Fox News on Thursday, adding that the boy has lived with a tracheostomy tube since he was just 6 weeks old. The tube helps Baker to breathe.

But difficulty breathing isn’t Baker’s only concern. The condition also makes it difficult for him to eat, Roth said, noting that the toddler — who was delivered weeks early through an emergency C-section – can only consume soft foods and is fed formula through a feeding tube known as a Mickey button.

Baker’s BWS diagnosis came as a surprise. Though ultrasound images appeared to show the boy’s tongue sticking out of his mouth, neither Roth nor her doctors ever considered it to be a sign of the rare condition.

“I always thought it was cute that he had his tongue sticking out in ultrasound scans, but realistically it was macroglossia [enlarged tongue] caused by BWS,” Roth told The Daily Mail. “Not a lot of doctors are familiar with the syndrome and we just thought it was adorable, I even posted about how cute it was.” 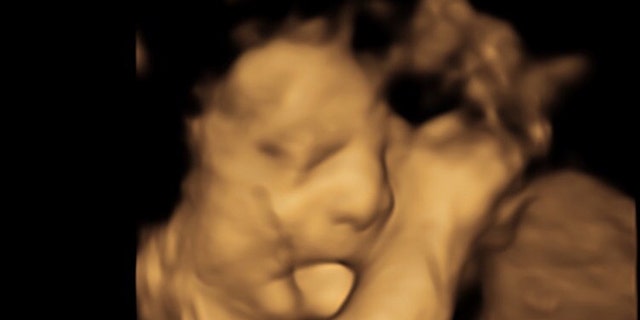 Baker’s ultrasound showed the young boy’s tongue sticking outside of his mouth, a sign of what his mother didn’t realize at the time was BWS. (Caters News Agency)

In addition to living with macroglossia, Baker — who also underwent surgery shortly after birth to treat omphalocele, a birth defect that causes a baby's intestines and sometimes other organs to “stick outside of the belly through the belly button,” according to the Centers for Disease Control and Prevention (CDC) — was also diagnosed with hepatoblastoma, a childhood cancer, in June. The cancerous tumor was found on the toddler’s liver, Roth said.

Baker’s cancer diagnosis, along with his enlarged tongue and a prior case of omphalocele, are all linked to BWS, his mother said.

After multiple rounds of chemo, Baker’s cancer went into remission in October. Roth subsequently scheduled for Baker to undergo the tongue reduction surgery. But the procedure has been postponed as Baker’s hepatoblastoma has possibly returned, Roth told Fox News.

Though treating her child’s health issues has been expensive — Roth told The Daily Mail she and her husband, Sean, are reportedly facing $2 million in debt as a result — the mom said she looks forward to the day Baker is cleared to undergo the reduction surgery.

“I dream of the day [of] hearing his voice, his cry, [and when] he will be able to eat all of the food he wants,” she said.