Which Strictly star took supplements for horses with dodgy knees and what did actress Helen Mirren stun daytime TV audiences with in May? Find out in our brilliant NEW YEAR HEALTH QUIZ

8 What fitness secret for staying young and healthy did actress Helen Mirren stun daytime television audiences with in May?

There were flu outbreaks, Meghan Markle’s fitness tips and cancer-zapping hats – but how healthy is your memory of the year’s medical headlines?

1 Last January saw one of the worst winter flu outbreaks for 40 years. What unofficial nickname was given to the particularly aggressive strain that laid millions low?

2 In April, Prince Philip underwent which common yet life-changing operation?

3 In September, doctors were advised by the Academy of Royal Medical Colleges to stop confusing patients with medical jargon and write to them in plain English instead. What do the following commonly misunderstood medical terms – flagged in the Academy’s new guidelines – actually mean?

4 Millions of patients with back pain are needlessly prescribed strong painkillers, according to a review by the University of Warwick in March. Which treatment did researchers say was more effective?

5 Which infectious, animal-borne disease did Public Health England announce had been diagnosed in the UK for the first time in September?

7 Which activity was found to extend your life by an impressive six years, according to a study in June by Ohio State University in the US?

b) Going to church regularly.

8 What fitness secret for staying young and healthy did actress Helen Mirren stun daytime television audiences with in May?

9 Prince Harry and Meghan Markle married in May – but how is the new Duke of Sussex reported to have got into shape, as advised by his new wife?

a) By jogging in the Royal Parks.

b) Going to yoga and meditation classes. 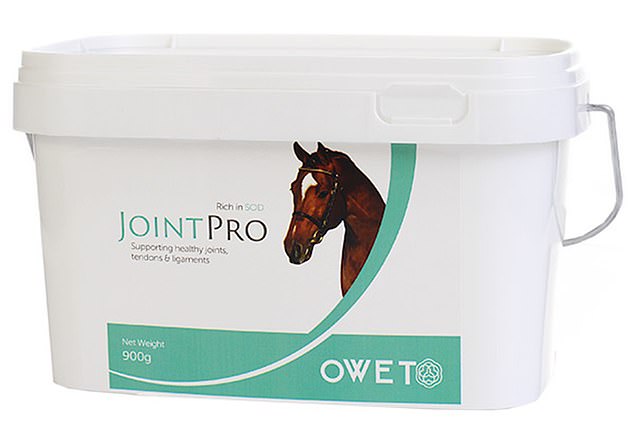 10 In July, a ten-year study discovered that consuming more of which drink could, surprisingly, help you live longer?

11 Back in January, American researchers found what unexpected bonus for the partners of those on a diet?

12 The sale of which product was banned to under-16s by most UK supermarkets this year?

13 Which seemingly safe food caused a Europe-wide outbreak of listeria in July, causing products to be recalled and the Food Standards Agency to issue a health warning?

14 Californian Cameron Underwood, 26, was in the news last month after having what kind of groundbreaking transplant operation in New York?

15 It’s predicted that Spain will have the world’s longest life expectancy by 2040, according to forecasts released in October by the respected Institute for Health Metrics and Evaluation. Where did the United Kingdom rank in the longevity league tables?

16 Last month, MP Lloyd Russell-Moyle announced he was living with a long-term medical condition. What was it?

17 Which supplement – previously heralded as a vital aide to heart health – was debunked by scientists in July?

18 Antibiotic-resistant bacteria were found in which unexpected place this year?

19 What did the World Health Organisation declare last month was the single greatest threat to human health – one that could shave two whole years off the global average lifespan?

20 Just thinking about which everyday activity is most likely to raise your blood pressure, according to a study in August by researchers at Colorado State University in the US?

b) Checking work emails at home.

1. Australian, or ‘Aussie’ flu – which led to 430 hospitalisations last season, and has returned this year. 2. A hip replacement. The Duke of Edinburgh, 97, spent more than a week at King Edward VII Hospital after the operation on April 3.

3. a) A heart attack. b) Means ‘arising from an unknown cause’. c) Means long-term, rather than serious, as many think.

5. Monkey pox – a rare disease, typically seen only in central and western Africa. Three cases were seen in the UK. All recovered.

6. Susannah Constantine. She revealed on Instagram that she was taking the OVVET’s JointPro, £59.99 per pot.

7. b) – going to church regularly. A nationwide study of obituaries found that those with religious affiliations lived nearly four years longer than those with no ties to religion.

8. Touching her toes, which she does as part of her daily Royal Canadian Air Force high-intensity fitness programme.

9. c) – Harry has reportedly given up smoking, alcohol and junk food, instead opting for green juices and a £575-a-month gym near Kensington Palace.

10. Coffee. The study of 10,000 people by the American National Cancer Institute found that the more people drank, the less likely they were to die prematurely from age-related diseases such as dementia and heart disease.

11. They lost weight too, without even trying, due to a phenomenon called the ‘diet ripple’ effect.

12. Energy drinks, which contain high levels of caffeine and sugar and are linked to a range of health issues in children, from obesity to hyperactivity.

13. Frozen veg – with sweetcorn thought to be the main culprit.

14. A face transplant. Surgeons replaced Cameron’s upper and lower jaw, including all 32 teeth, gums, tongue, the roof and floor of his mouth, lower eyelids and nose. The 26-year-old sustained self-inflicted gunshot injuries.

15. b) – 23rd, with an average of 83.3 years compared with 85.8 for the average Spaniard. Japan (85.7) is in second place. Researchers believe Spanish longevity lies in the benefits of the Mediterranean diet.

16. He announced he has had HIV for a decade – and was healthy, with undetectable levels of the virus in his blood thanks to drugs developed over the past 25 years. This means it’s impossible to pass on the virus.

17. Fish oil supplements. A study by the Cochrane Collaboration concluded that omega-3 supplements have little or no effect on risk of heart disease, stroke or early death.

18. In space – in the toilets at the International Space Station.

19. Air pollution. The impact of toxic air is greater than that of cigarette smoking or HIV/Aids.

20. b) – checking work emails at home. The Loughborough University study found a link between emails requiring an immediate response and elevated levels of the stress hormone cortisol.