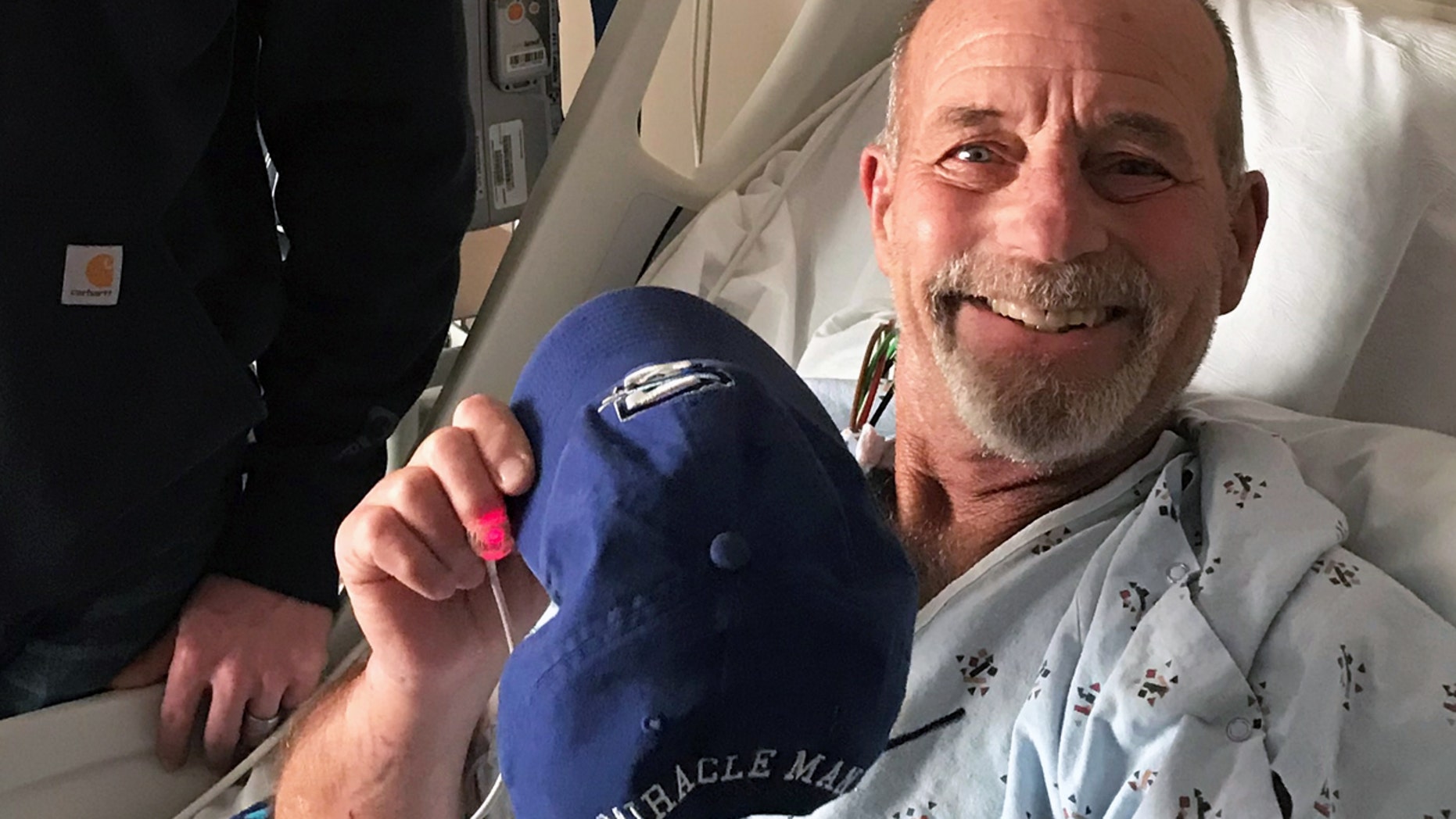 T. Scott Marr has been dubbed a "miracle man" by his family after getting the plugged pulled in December but is, today, on the road to recovery.
(Preston Marr)

T. Scott Marr's children decided to pull the plug after he was declared brain dead. They said their final good-byes and were preparing his services.

But the "miracle man" had a different plan. After being unconscious for two days, he unexpectedly woke up after his doctors thought there was no hope of recovery and his breathing tubes were pulled out. Now, he's recovering at home after weeks of therapy at an Omaha hospital.

"This whole thing has been a miracle from God," Marr told KMTV. "I did not die. I didn't have to die. I'm back here, and I hope to give people some comfort and hope that if they are, in fact, going through anything like that, that it's a safe place."

In the two days Marr was unconscious, he said he had what some might call a near-death experience. He saw his late father walking along the street.

“He said, 'What are you doing here?' And I said I’m looking to work and he said, 'There’s no work here, you better get your butt home,'” Marr told local reporters.

His son, Drew, found his father Dec. 12 unresponsive, but still breathing, on his bed. He was rushed to Methodist Hospital and placed on a breathing machine in intensive care.

Doctors initially said the former basketball announcer had suffered a stroke, but they were worried that his case had reached an irreversible process, leading to brain death.

"Each time we would leave the hospital, we would kind of say our final goodbyes," his daughter, Preston Marr, told Fox News. "We thought we would never hear his voice again, see him open his eyes, and see who we were."

But all the changed after the plug was pulled. Preston was the first to see him begin to miraculously respond.

"It was surreal and my heart is beating out of my chest just thinking about it again," she said, "I keep replaying it in my head of him laying in his hospital bed, then smiling, and then moving his thumbs and then wiggling his toes, and then saying I love you." 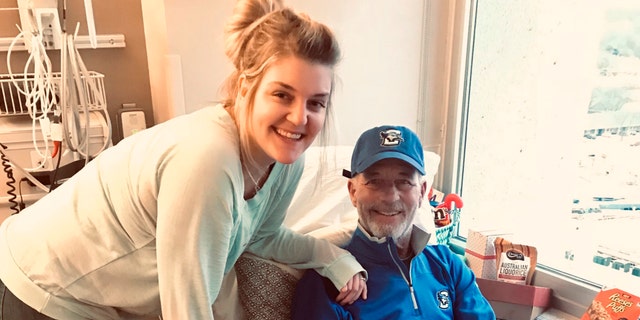 Preston and T. Scott Marr in the hospital. Preston, Scott’s daughter is a registered nurse, and is caring for her father at home along with her family as he makes a recovery.
(Preston Marr)

She said it's almost unbelievable that he's well enough now to make himself peanut butter toast.

"It takes me a minute to be in the moment and truly realize what all this really means because the alternative would be he would be gone and I don't," she said, "…just to be with him and he's walking around. It's just really incredible."

After doctors did further testing, they found that Marr was suffering from a rare condition called posterior reversible encephalopathy syndrome, or PRES, which is commonly caused by high blood pressure. But the doctors said the severe swelling Marr experienced was not atypical.

While miraculous, the process of recovery is still ongoing.

"He had to get his strength back," said Preston, a registered nurse at the stroke unit at Immanuel Medical Center. "He still needs 24-hour supervision right now because his brain went through a lot. He's having to retrain his brain." 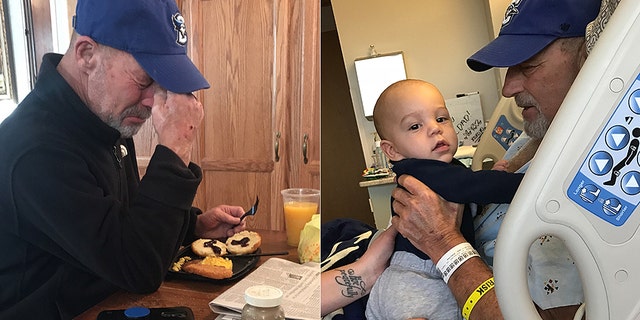 In the photo on the left, T. Scott Marr is reading the story from local paper about his miraculous recovery. On the right, Marr is holding his grandson.
(Preston Marr)

The family is pitching in to care for Marr. Lauren, his other daughter, who is currently in nursing school, is also helping to care for their father.

A GoFundMe page was set up to help pay for medication, hospital bills, and other expense.

MAN'S SPLIT-SECOND DECISION LEADS TO LIFE-SAVING KIDNEY TRANSPLANT: 'ALL THIS IS WAS GOD'

Marr says the entire process strengthened what little faith he had.

“I’m not an extremely religious person. I don’t go to church every Sunday,” Marr told the World-Herald. “But I do believe in God. I believe with all my heart. And now this is just proof for me that everything I’ve ever heard is true. That he loves me. That he’s right there for me. It was pretty much a miracle.”