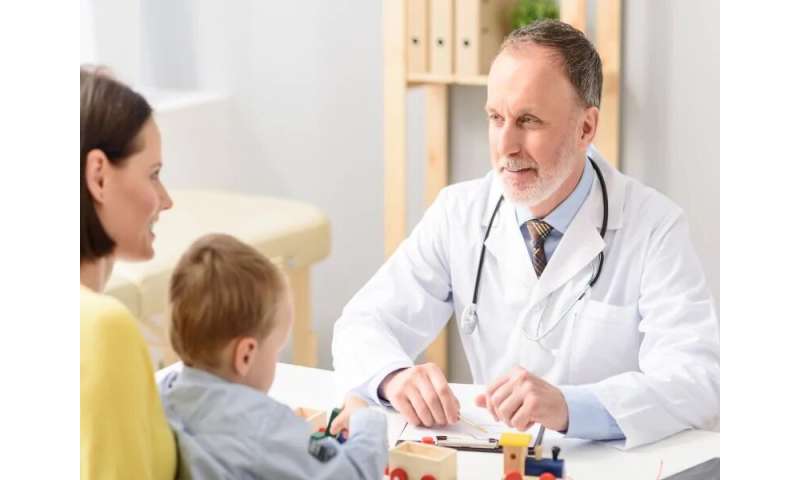 (HealthDay)—Parents who choose to forgo or delay their children’s vaccinations may quickly find themselves without a pediatrician.

Just over half (51%) of pediatric offices in the United States have a policy to dismiss families that refuse childhood vaccines, a nationwide survey found. Thirty-seven percent of pediatricians themselves said they often dismissed families for refusing vaccines, and 6% said they would dismiss a family for choosing to spread out crucial early vaccines.

“Arguments for dismissing families include that vaccination is the standard of care and the benefits far outweigh the risks. The evidence for vaccines is so strong that doctors may feel they just can’t work with parents who stray so far from the standards of medical care,” said lead author Dr. Sean O’Leary. He’s a professor of pediatrics at the University of Colorado Anschutz Medical Campus and Children’s Hospital Colorado in Aurora.

“Another argument for dismissing families is that doing so may increase vaccine rates when parents see that pediatric practices feel so strongly about vaccines. Some of the downsides are that kids might end up without a medical home, or parents will find pediatricians who don’t have policies about vaccines,” O’Leary said.

Last year, the World Health Organization called vaccine hesitancy one of the top 10 threats to global health. But little is known about how pediatricians deal with parents who refuse vaccines, or who ask to spread them out, potentially leaving their child vulnerable to infections, such as measles.

To get a better idea of how doctors cope with these challenges, researchers surveyed about 300 U.S. pediatricians between April and July 2019.

The survey asked about pediatricians’ current practices and office policies if families refused vaccines or significantly tried to alter the schedule, spreading the vaccines out.

“I was surprised the rate was as high as it was—more than half had a practice who would not take a family that refused vaccines. I think the Disney measles outbreak [in California’s Disneyland from 2014-2015] may have had an impact. Parents started saying, ‘If you’re going to accept people who aren’t vaccinated, I’m going to another practice so my children aren’t at risk,'” O’Leary said.

The report found that private practices were more likely than community, hospital-based or health maintenance organizations to have a dismissal policy. Practices in the Midwest were less likely to have dismissal policies than practices in other regions.

Dr. Paul Offit, director of the Vaccine Education Center at Children’s Hospital of Philadelphia, said the goal of dismissal policies is to make sure children get vaccinated. He was not part of the study.

“By drawing a line and saying, ‘I can’t see you if you choose to delay or refuse vaccines, because you’re asking me to practice substandard care,'” Offit said. “‘Were this child to be hurt, I—at some level—would be tacitly responsible, because at some level, I would be saying it’s OK, if I continued to see your family.'”

Pediatricians also have a responsibility to all of the children in the waiting room. “Sometimes, kids in the waiting room can’t be vaccinated—they may be too young, taking certain medications or be immunocompromised,” Offit said.

The big concern, though, is that doctors don’t know where a child might end up if they dismiss them.

O’Leary said he hopes parents understand that “many pediatricians feel so strongly that the benefits of vaccines far outweigh the risk that they are willing to take the extreme measure of not taking families who refuse to vaccinate. And, remember, these are people who have devoted their careers to taking care of children.”

He said many questions remain and this topic needs further study. For example, do dismissal policies help with vaccination rates? What message do these policies actually send to the parents?