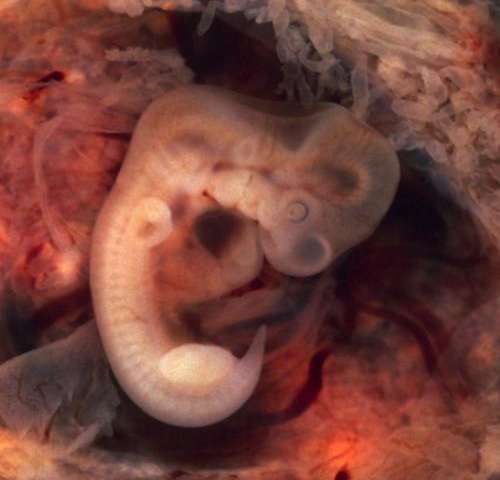 One out of every six Canadian couples experiences infertility. Some resort to in vitro fertilization. But the embryos obtained through this technique often have defects. In a study published today in the journal Current Biology, researchers from the University of Montreal Hospital Research Centre (CRCHUM) succeeded in reducing the number of defects in mouse embryos in the laboratory. In the medium term, this unprecedented discovery could improve infertile couples’ chances of giving birth.

About half of the embryos generated during in vitro fertilization fertility treatments contain cells with an abnormal number of chromosomes. This abnormality, called aneuploidy, is well known in reproductive biology and is considered a major cause of infertility.

“In our study, we explain at least one of the reasons why this occurs. We found that it’s due to a defect in a mechanism called the “spindle checkpoint.” We also show that if we manipulate this checkpoint in mouse embryos by using a simple drug, we can reduce the chances of error by about half,” explained Dr. Greg FitzHarris, CRCHUM researcher and professor at the Université de Montréal.

By administering the right dose of this synthetic substance called proTAME, researchers observed that a larger percentage of cells of each of the mouse embryos had a normal number of chromosomes. In mice, a normal oocyte (ovum) contains 20 chromosomes, whereas in humans it contains 23.

Making the best possible embryo is one of the keys to success when it comes to in vitro fertilization.

This discovery is still at the basic research stage, being conducted in the laboratory on mice. Greg FitzHarris emphasizes that it’s very important to be cautious about its application to humans.

“The potential for transferring the technique to humans is clear. And I’m sure that fertility clinics would really like to try it in the hope of creating ‘better embryos.’ However, it would be very irresponsible to implement this concept clinically at this point, before safety tests have been successfully carried out,” emphasized the researcher.