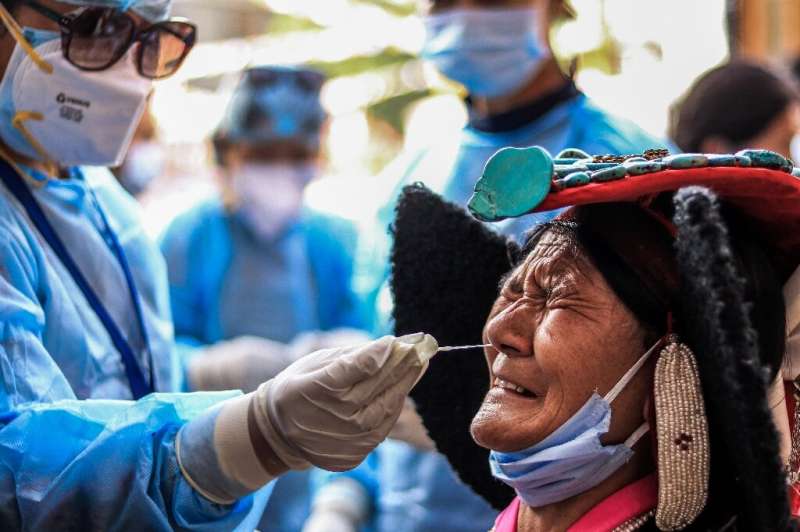 Around five percent of people who have had COVID-19 develop long-lasting problems with their sense of smell or taste, a large study said Thursday, potentially contributing to the burden of long COVID.

A lost sense of smell has been a hallmark of contracting coronavirus since the early days of the pandemic, but it has not been clear how often symptoms like this occur—or how long they can last.

Seeking to find out, researchers analysed the findings of 18 previous studies involving 3,700 patients.

It was unclear if this represented a full or partial recovery, however.

The researchers estimated that loss of smell may persist in 5.6 percent of patients, while 4.4 percent may not fully recover their sense of taste.

One woman told the researchers that she had not recovered her sense of smell more than two years after contracting COVID.

The researchers said that while most patients should recover their sense of smell and taste within the first three months of getting COVID, “a major group of patients might develop long-lasting dysfunction”.

“That (may require) timely identification, personalised treatment, and long-term follow-up.”

Danny Altmann, an immunologist at Imperial College London not involved in the research, said it was a “strong and important study”.

“Studies such as this alert us to the hidden burden out there of people suffering with persistent symptoms, but perhaps not having thought it worth contacting the GP on the assumption there wouldn’t be much to be done,” he said.

The research also found that women were less likely to recover these senses than men.

The cause of the disparity is not clear, but the researchers suggested women tend to have better senses of smell and taste in the first place, meaning they have more to lose.