Researchers in Italy found that a continued lack of sleep for 5 consecutive nights predisposes people to see pleasant and neutral images adversely, indicating that poor sleep may generate a negative emotional bias. 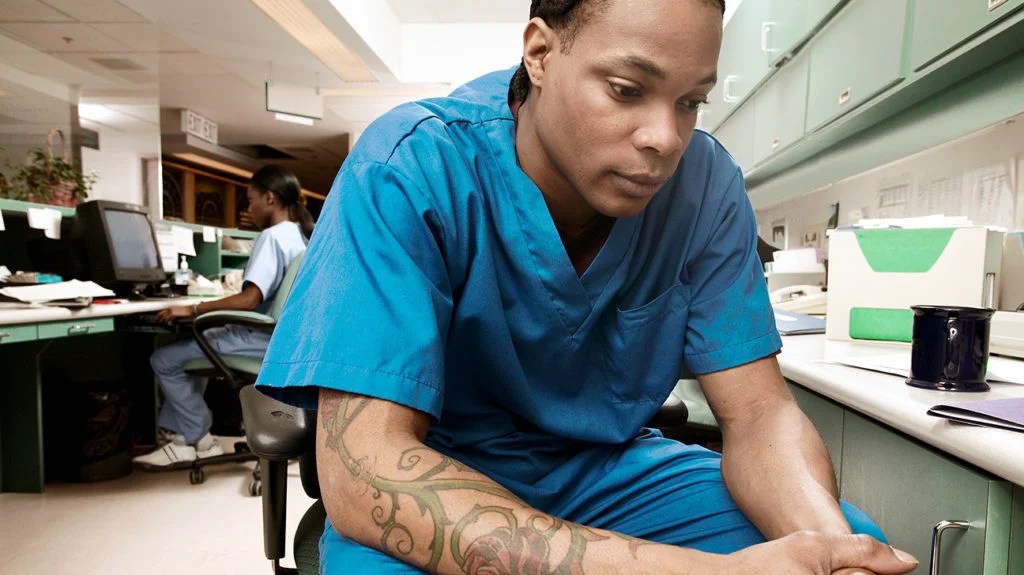 The feeling of having a sleepless night is a familiar one to many people. Lack of sleep can affect a person’s performance at work, as well as their emotional state.

People are more likely to be irritable and frustrated when they have not slept properly the night before.

The influence of limited sleep on emotional well-being is of growing interest as a lack of sleep is widespread in modern society. The Centers for Disease Control and Prevention (CDC) report that about 35% of adults in the United States sleep less than 7 hours per night.

Although several reports suggest that lack of sleep influences our emotional state, a new study published in the Journal of Sleep Research has formalized this.

In the study, participants looked at “pleasant and neutral images” after 5 nights of normal sleep and 5 nights of restricted sleep. The results showed that the participants were more likely to have negative responses to these images after the periods of disturbed sleep than after normal sleep.

The authors conclude that lack of sleep imposes a negative emotional bias on people and has important implications for daily life, as well as in clinic settings.

Numerous studies have investigated the behavioral effects of lack of sleep. However, most have looked at the impact of a total lack of sleep, rather than slightly reduced sleep over a more extended period.

To test the impact of partial sleep deprivation on emotional reactions, the researchers behind this study asked 42 people to change their sleep patterns for 2 weeks.

The researchers switched the order of the sleep patterns between the participants, with a two-day ‘wash out’ period in-between to allow people to reset before the next period.

The morning after each 5-day period, the researchers asked the participants to rate images on a nine-item scale of emotions.

The researchers took the images from the International Affective Picture System (IAPS), a database of pictures that psychologists use to study emotion and attention. The database contains a vast, wide-ranging selection of images that depict pleasant, neutral, and unpleasant events.

The researchers randomized the order of the pictures and assessed the emotion the image evoked, as well as the intensity of the emotion.

The researchers found that participants rated pleasant and neutral images more negatively after having 5 nights of restricted sleep than when they had slept normally.

Even when the researchers took account of mood changes, they continued to find that people viewed images more negatively under restricted sleep conditions.

“Insufficient sleep may impose a negative emotional bias, leading to an increased tendency to evaluate emotional stimuli as negative.”

– Daniela Tempesta, Ph.D., of the University of L’Aquila in Italy

This suggests that sleep-deprived people are likely to perceive emotional stimuli — such as events or personal interactions in their daily life — as worse than they really are.

The researchers did not find any significant difference in how people rated the unpleasant pictures under different sleep conditions.

These findings suggest that lack of sleep may cause significant changes in emotional reactions, perhaps leading to an overall more negative outlook. Given how commonplace lack of sleep is in today’s society, these results will be relevant to many.

“Considering the pervasiveness of insufficient sleep in modern society, our results have potential implications for daily life, as well as in clinical settings,” says lead author Dr. Daniela Tempesta.

Although each person requires a different amount of sleep, the authors also say that future studies should investigate exactly how sleep loss leads to emotional changes.

Understanding how continued lack of sleep affects the brain could improve clinical outcomes for people with sleep disorders, as evidence suggests that disturbed sleep may be involved in mood disorders and post-traumatic stress disorder.