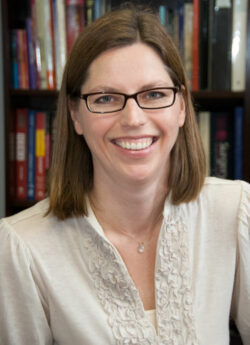 Mary E. Klingensmith, MD, and Gerald L. Andriole, MD, surgeons at Washington University School of Medicine in St. Louis, have been elected to the American College of Surgeons Academy of Master Surgeon Educators.

Launched in 2017, the academy recognizes surgeon educators poised to advance the science and practice of surgical education and training.

Klingensmith, the Mary Culver Distinguished Professor and vice chair for education in the Department of Surgery, will be inducted as an academy member later this year. Klingensmith, who treats patients at John Cochran Veterans Affairs Medical Center, is a general surgeon with an emphasis in minimally invasive surgery. In September, she was named the inaugural director of the School of Medicine’s Academy of Educators. 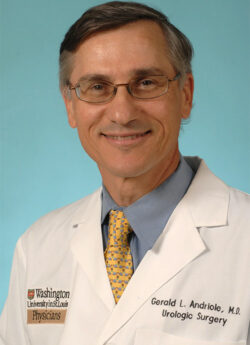 Andriole, the Robert K. Royce Distinguished Professor of Urologic Surgery and director of the Division of Urologic Surgery, has been inducted as an associate member of the academy. Andriole is noted for his research on prostate cancer. He treats patients at Siteman Cancer Center at Barnes-Jewish Hospital and Washington University School of Medicine.