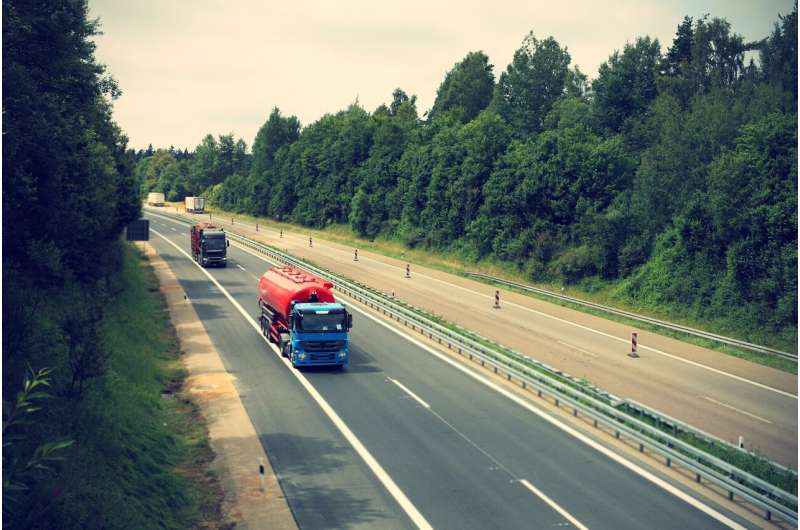 A junk food diet may increase the risk of dangerous driving among truck/lorry drivers by boosting fatigue, which is often a key factor in vehicle collisions, suggests research published online in the journal Occupational & Environmental Medicine.

Some 1.35 million people die in road traffic collisions every year, with professional drivers at greater risk because of the time they spend behind the wheel.

There are several known contributory factors, among which gender, age, experience, driving skills and attitudes seem to be important, note the researchers. But lifestyle may also be a factor, particularly as long distance driving often involves sleep deprivation, unhealthy dietary habits, and limited physical activity, they add.

Few studies have looked at the potential impact of dietary patterns on driving behaviors among professional truck/lorry drivers.

To try and plug this knowledge gap, the researchers assessed whether dietary patterns, fatigue, and driving behavior might be linked in a sample of 389 male truck drivers from one transport company in Suzhou, China.

Each driver was asked to specify how much and how often they ate any of 25 food items over the previous 12 months in a Food Frequency Questionnaire.

They also completed the Multidimensional Fatigue Inventory, which assesses physical and mental fatigue on a 5-point scale, as well as two validated questionnaires on driving behaviors and attitudes towards other drivers on the road.

The vegetable-rich and staple food diets were strongly associated with safe driving behaviors.

This is an observational study, and as such can’t establish cause, only correlation. The study relied heavily on recall and self report. And the researchers didn’t glean any information on potentially important factors, such as smoking, physical activity, shift patterns and work stress.

But they point out that eating a lot of unhealthy snacks is often associated with erratic meal-times and disturbed metabolism, which might affect many tasks that require vigilance, alertness, and concentration.

And they conclude: “The results of this study support a relationship between dietary patterns and driving behavior in a sample of professional truck drivers.

Thyroid problems escalating rapidly in the UK, may be direct link to SARS-CoV-2