Jimmy Carter, 96, and his wife Rosalynn, 93, will not be attending US President-elect Joe Biden’s inauguration. It marks the first time the couple have missed the ceremonies since Carter was sworn in as president in 1977. The Carters are said to have spent the coronavirus pandemic mostly at their home in Plains, Georgia, where they returned after leaving the White House in 1981.

While all seems well for the pair, Carter has a long list of past health problems.

In August 2015, he underwent elective surgery to remove “a small mass” on his liver.

While his prognosis for a full recovery was initially said to be “excellent”, eight days later it was announced he had been diagnosed with cancer that had metastasized – when cancer spreads to a different body part from where it started.

Carter didn’t specify where the cancer had originated at first, but later disclosed melanoma had been found in his brain and liver. 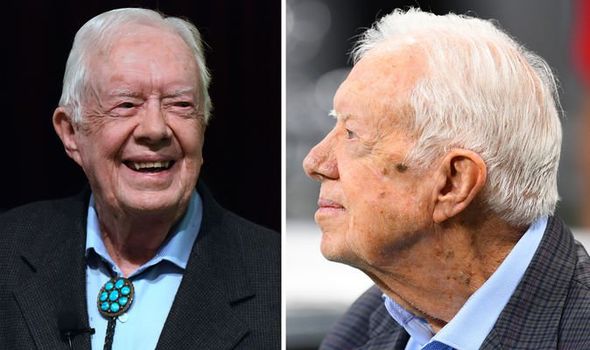 He was treated with immunotherapy drug pembrolizumab and radiotherapy.

The former president has an extensive family history of cancer, including both his parents and all three of his siblings.

In 2015, he announced medical scans no longer showed any cancer.

Speaking at a news conference at a Habitat for Humanity construction projection in Memphis in 2016, Carter revealed: “A year ago, I didn’t think I was going to live but two or three weeks because they had already removed part of my liver because I had cancer there.

“After that, when they did an MRI, they found four cancer places in my brain so I thought I just had a few weeks to live.”

In May 2019, Carter broke his hip at his Plains home and underwent surgery the same day.

A few months later, a forehead injury above his left eyebrow received during another fall at home required him to have 14 stitches.

A public appearance afterward revealed a black eye from the injury. 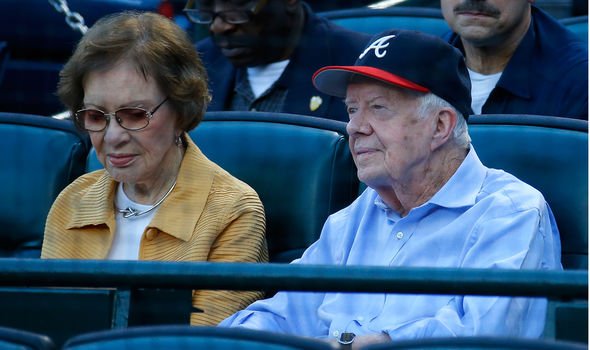 In October the same year he sat down with Voice of America and retold how he broke his hip: “I fell down a few months ago and broke my left hip.

“I’m learning how to walk again, and so my actual movements are restrained a little bit.

“But I’m still active mentally and get involved in the Carter Center affairs when I’m needed.”

Several days later, addressing his forehead injury, he said: “I fell down and hurt my forehead and got a black eye, but I’m doing well.” 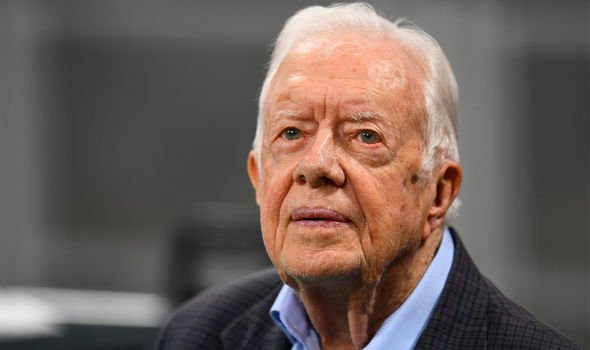 He added: “I feel good enough to build houses.”

Shortly after he suffered a minor pelvic fracture he obtained after falling again at home for the third time.

In November 2019, he was hospitalised for a procedure to relieve pressure on his brain caused by bleeding connected to his falls.

But the surgery was successful, and just over two weeks later he was released from hospital.