On a Monday morning, a group of obstetrics and gynecology residents, dressed in blue scrubs and white coats, gathered in an auditorium at Indiana University School of Medicine. After the usual updates and announcements, Dr. Nicole Scott, the residency program director, addressed the elephant in the room. “Any more abortion care questions?” she asked the trainees.

After a few moments of silence, one resident asked: “How’s Dr. Bernard doing?”

“Bernard is actually in really good spirits — I mean, relatively,” Scott answered. “She has 24/7 security, has her own lawyer.”

They were talking about Dr. Caitlin Bernard, an Indiana OB-GYN who provides abortions and trains residents at the university hospital. Bernard was recently caught in a political whirlwind after she spoke about an abortion she provided to a 10-year-old rape victim from Ohio. Bernard was the target of false accusations made on national television by pundits and political leaders, including Indiana’s attorney general.

The doctors interviewed for this article said that they are not speaking on behalf of their school of medicine but rather about their personal experiences during a tumultuous moment that they worry will affect the way they care for their patients.

The vitriol directed at Bernard hit home for this group of residents. She has mentored most of them for years. Many of the young doctors were certain they wanted to practice in Indiana after their training. But lately, some have been ambivalent about that prospect.

Dr. Beatrice Soderholm, a fourth-year OB-GYN resident, said watching what Bernard went through was “scary.” “I think that was part of the point for those who were putting her through that,” Soderholm said. They were trying “to scare other people out of doing the work that she does.”

In early August, Gov. Eric Holcomb, a Republican, signed a near-total abortion ban into law, making Indiana the first state to adopt new restrictions on abortion access since the Supreme Court struck down Roe v. Wade in June. When the ban takes effect Sept. 15, medical providers who violate the law risk losing their licenses or serving up to six years in prison. 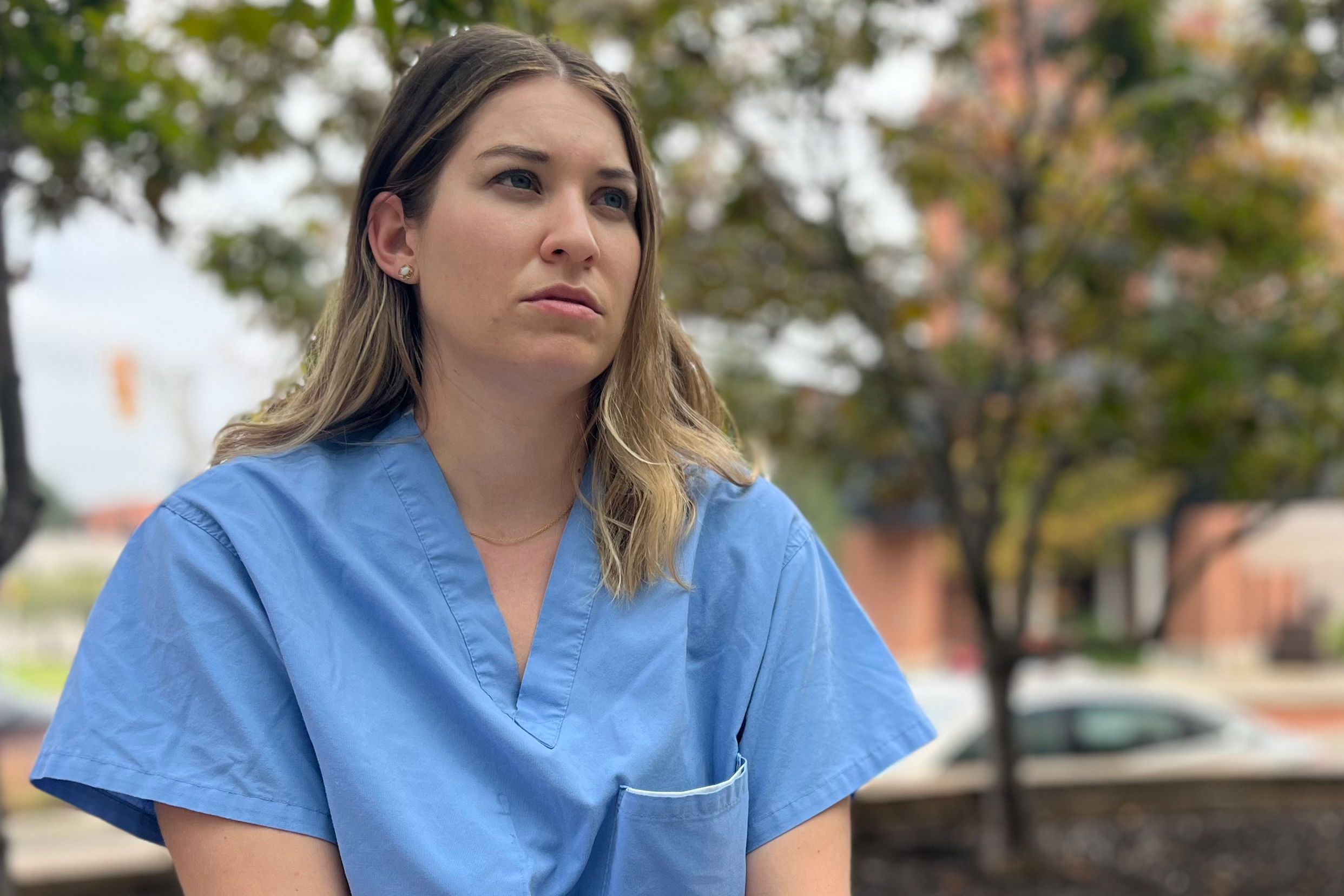 These days, Scott, the residency program director, uses some meeting time with residents to fill them in on political updates and available mental health services. She also reminds them that legal counsel is on call round-the-clock to help if they’re ever unsure about the care they should provide a patient.

“Our residents are devastated,” Scott said, holding back tears. “They signed up to provide comprehensive health care to women, and they are being told that they can’t do that.”

She expects this will “deeply impact” how Indiana hospitals recruit and retain medical professionals.

A 2018 report from the March of Dimes found that 27% of Indiana counties are considered maternity care deserts, with no or limited access to maternal care. The state has one of the nation’s highest maternal mortality rates.

Scott shared results from a recent survey of nearly 1,400 residents and fellows across all specialties at the IU School of Medicine, nearly 80% of the trainees said they were less likely to stay and practice in Indiana after the abortion ban.

Dr. Wendy Tian, a third-year resident, said she is worried about her safety. Tian grew up and went to medical school in Chicago and chose to do her residency in Indiana because the program has a strong family-planning focus. She was open to practicing in Indiana when she completed her training.

“I, for sure, don’t know if I would be able to stay in Indiana postgraduation with what’s going on,” Tian said.

Still, she feels guilty for “giving up” on Indiana’s most vulnerable patients.

Even before Roe fell, Tian said, the climate in Indiana could be hostile and frustrating for OB-GYNs. Indiana, like other states with abortion restrictions, allows nearly all health care providers to opt out of providing care to patients having an abortion.

“We encounter other people who we work with on a daily basis who are opposed to what we do,” Tian said. Tian said she and her colleagues have had to cancel scheduled procedures because the nurses on call were not comfortable assisting during an abortion.

Scott said the OB-GYN program at the IU School of Medicine has provided residents with comprehensive training, including on abortion care and family planning. Since miscarriages are managed the same way as first-trimester abortions, she said, the training gives residents lots of hands-on experience. “What termination procedures allow you to do is that kind of repetition and that understanding of the female anatomy and how to manage complications that may happen with miscarriages,” she said.

The ban on abortions dramatically reduces the hands-on opportunities for OB-GYN residents, and that’s a huge concern, she said.

The program is exploring ways to offer training. One option is to send residents to learn in states without abortion restrictions, but Scott said that would be a logistical nightmare. “This is not as simple as just showing up to an office and saying, ‘Can I observe?’ This includes getting a medical license for out-of-state trainees. This includes funding for travel and lodging,” Scott said. “It adds a lot to what we already do to educate future OB-GYNs.” 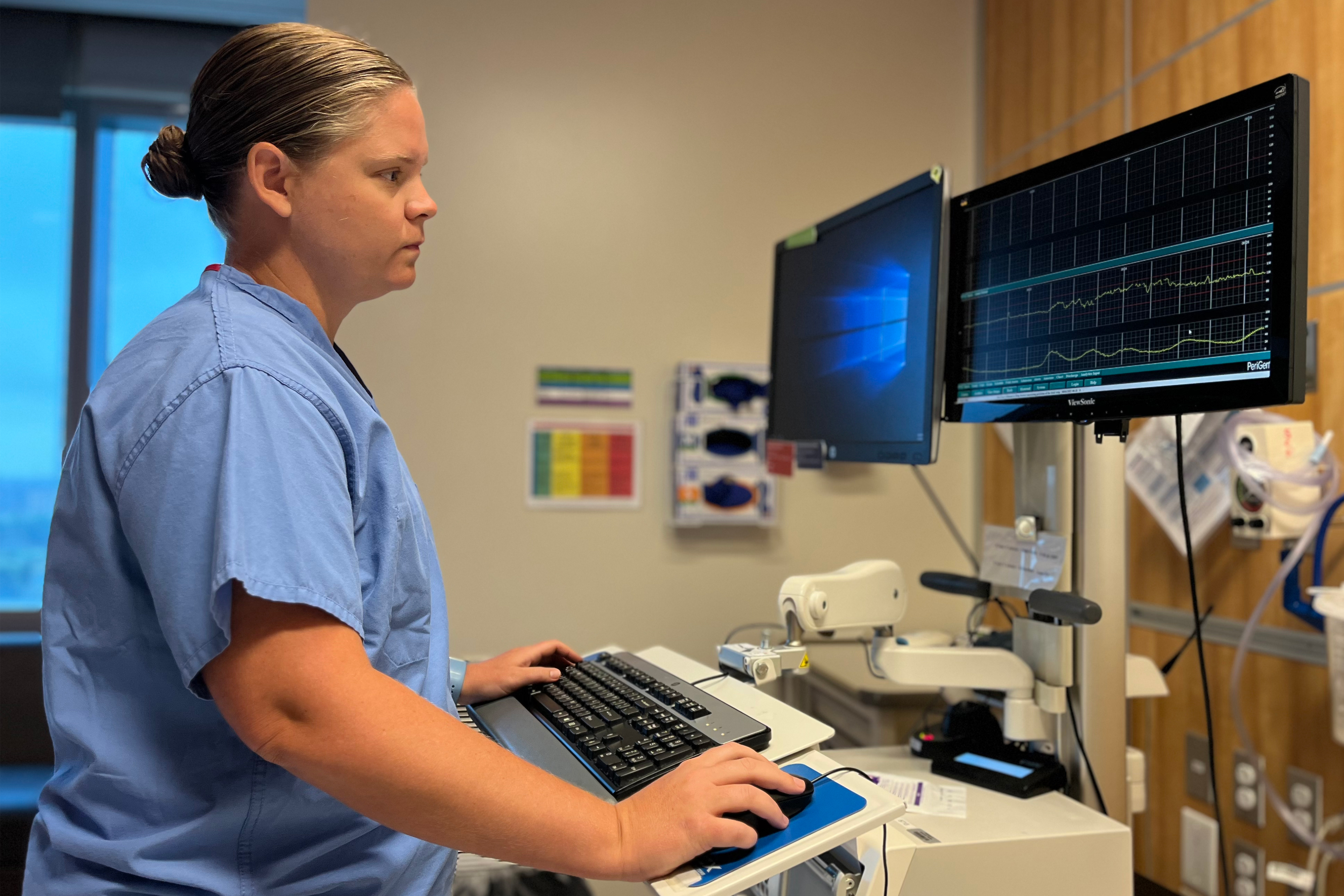 Four in 10 of all OB-GYN residents in the U.S. are in states where abortion is banned or likely to be banned, so there could be a surge of residents looking to go out of state to make up for lost training opportunities. The Accreditation Council for Graduate Medical Education, the body that accredits residency programs, proposed modifications to the graduation requirements for OB-GYN residents to account for the changing landscape.

For some of the Indiana OB-GYN residents — including Dr. Veronica Santana, a first-year resident — these political hurdles are a challenge they’re more than willing to take on. Santana is Latina, grew up in Seattle, and has been involved in community organizing since she was a teenager. One reason she chose obstetrics and gynecology was because of how the field intersects with social justice. “It’s political. It always has been, and it continues to be,” she said, “And, obviously, especially now.”

After Roe was overturned, Santana, alongside other residents and mentors, took to the streets of Indianapolis to participate in rallies in support of abortion rights.

Indiana could be the perfect battleground for Santana’s advocacy and social activism. But lately, she said, she is “very unsure” whether staying in Indiana to practice after residency makes sense, since she wants to provide the entire range of OB-GYN services.

Soderholm, who grew up in Minnesota, has felt a strong connection to patients at the county hospital in Indianapolis. She had been certain she wanted to practice in Indiana. But her family in Minnesota — where abortion remains largely protected — has recently questioned why she would stay in a state with such a hostile climate for OB-GYNs. “There’s been a lot of hesitation,” she said. But the patients make leaving difficult. “Sorry,” she said, starting to cry.

It’s for those patients that Soderholm decided she’ll likely stay. Other young doctors may make a different decision.

This story is part of a partnership that includes Side Effects Public Media, NPR, and KHN.