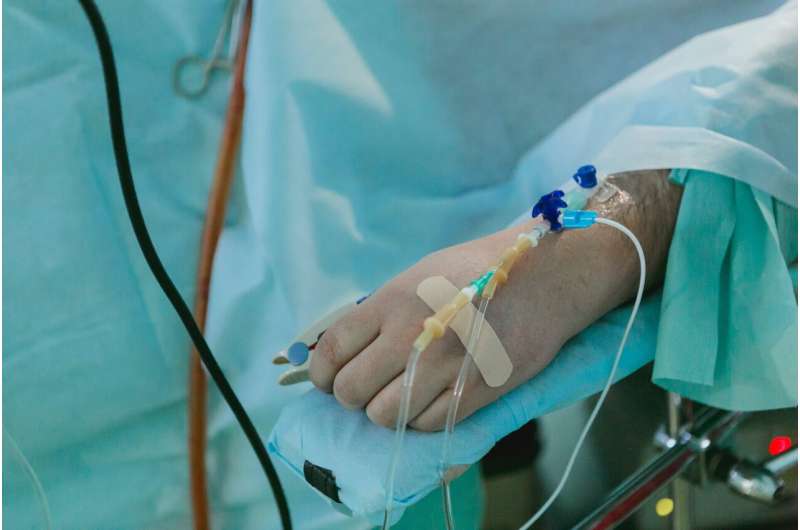 Illicit drug use is associated with a nearly nine-fold greater risk of death or life-threatening emergencies in intensive cardiac care unit (ICCU) patients, according to research presented at ESC Congress 2022.

Study author Dr. Theo Pezel of Hospital Lariboisiere, Paris, France said, “Our study shows that patients with acute cardiovascular conditions who take illegal drugs are more likely to die or experience cardiac arrest or cardiogenic shock while in hospital compared with non-users. Multiple drug users had an 11-fold risk of a poor in-hospital prognosis compared with those taking one drug.”

Illicit drug use has increased by 22% in the past decade to an estimated 275 million people worldwide. In the EU, approximately 83.4 million (29%) of 15 to 64 year-olds have ever used an illicit drug. Cannabis, cocaine, ecstasy (3,4-methylenedioxymethamphetamine; MDMA), amphetamines, and heroin or other opioids are the most commonly used substances. Illicit drugs have been linked with acute cardiovascular events including heart attacks and aortic dissection but the prevalence of drug use in ICCU patients, and the short-term consequences, remain unknown.

The Addiction in Intensive Cardiac Care Units (ADDICT-ICCU) study assessed the prevalence of illicit drug use and the association with in-hospital major adverse events in consecutive patients admitted for acute cardiovascular events. From 7 to 22 April 2021, all consecutive patients admitted to ICCU in 39 centers throughout France provided a urine sample which was tested for illegal drugs. The primary outcome was the prevalence of illegal drug use. The secondary outcome was in-hospital major adverse events, defined as death, resuscitated cardiac arrest or cardiogenic shock.

A total of 1,499 patients were screened, of which 70% were men. The average age was 63 years. Reasons for admission included myocardial infarction, acute heart failure, arrhythmias, myocarditis and pulmonary embolism. Some 161 patients (10.7%) had a positive test for at least one illicit drug. Regarding the types of drugs, 9.1% tested positive for cannabis, 2.1% for opioids, 1.7% for cocaine, 0.7% for amphetamines and 0.6% for MDMA.

Patients who used illicit drugs tended to be young: one-third (33%) of patients under 40 years of age were users compared with just 6% of those aged 60 years or above. Some 12% of men were users compared to 8% of women. All patients completed a questionnaire in which they were asked if they currently used illicit drugs. Of those with a positive urine drug test, just 56.5% reported current use while 43.5% claimed they did not use drugs.