It’s 7:30 a.m. on a school day. Two parents are racing to get their three young children dressed, fed, packed for the day, into coats and out the door when 6-year-old Hallel runs downstairs, crying.

Ari, Hallel’s father, is the first to ask “What’s wrong?”

The answer launched a journey these parents never envisioned, described by words they’d not heard and questions they never thought they’d ask. (We’re using only first names for the family members in this story due to Hallel’s age.)

The journey started with a “let’s pretend” game. Hallel’s little sister Ya’ara wanted to play “parents.” Ya’ara decides that she’ll be the mommy, and Hallel will be the daddy. Hallel protests. Ya’ara insists: Hallel is a boy, and therefore must play the daddy.

“But that doesn’t feel right,” Hallel said to Ari, between tears, “cause I’m a boy-girl.”

Shira, Hallel’s mother, said she copes well in a crisis. In that moment, she packaged the news away for later.

“I was like, ‘Well, we love you whoever you are, give me a hug,’” Shira remembered telling Hallel.

For Ari, “it felt a little bit like getting up to the top of a roller coaster, like, OK, now it’s going to begin. I don’t know exactly what’s going to happen next, but what I do know for sure is that this is happening.”

To clarify, Ari and Shira had known for some time that Hallel was not a traditional boy. If they bought action figures, Hallel preferred female characters. Hallel would watch fairy movies one day and draw dresses, then dress and act more like what they expected from a boy the next.

When Hallel made the boy-girl announcement, Shira said the family finally had an explanation that made sense. But she wondered, “Is that an option?”

Both parents had read about people who are transgender, but they were not familiar with the term nonbinary, which refers to people who don’t see themselves as strictly male or female or people who move between genders. Hallel’s self-described status as a boy-girl seemed like it might resolve years of confusion.

But Hallel’s identity has triggered new worries. They surfaced one night while Shira and Hallel cuddled at bedtime. (Shira agreed to record family conversations over a period of time for this story.)

“How did you feel when you first realized that I was a boy-girl?” asked Hallel, now age 9.

Shira paused, then answered slowly: “Abba [the Hebrew word for Daddy] and I knew for a very long time before you said anything that something was a little bit different about your gender. So we were not going to force you to fit in a certain box. But I think when we first found out, we were nervous because we want things to be easy for you.”

Shira has a version of that question for Hallel.

“Can you tell me what it feels like to be a boy-girl?” she asked.

“That’s hard,” Hallel said. “I just feel like myself, and that’s it. I don’t feel that different from anybody else.” 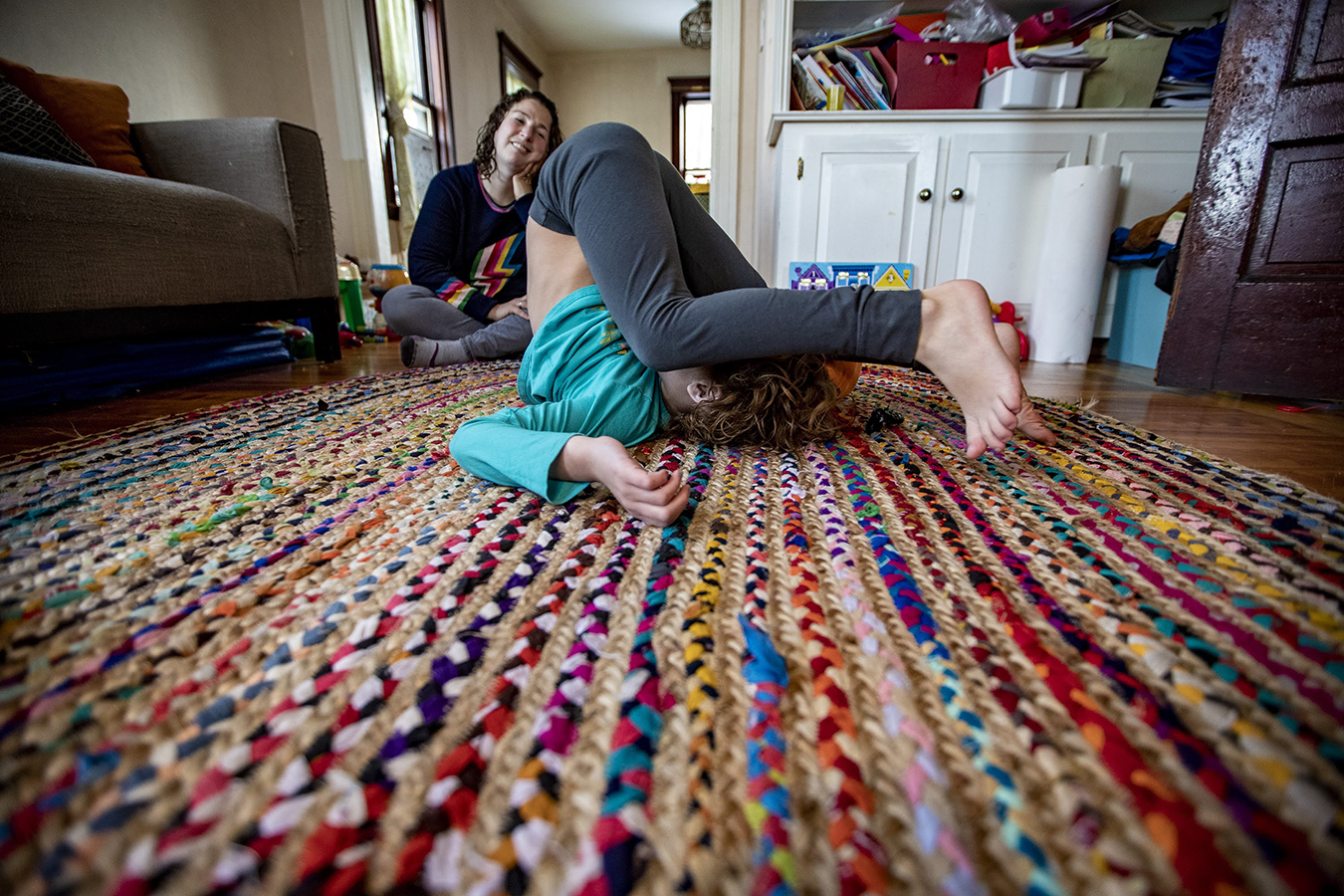 Hallel asked Shira and Ari to stop using “he” and start calling Hallel “they” about a month after the boy-girl declaration.

Little sister Ya’ara has had a hard time using “they,” as have Hallel’s grandparents, some friends and teachers at Hallel’s school.

Ari, who studies linguistics, said people frequently struggle to change the pronouns they use because those words are deeply embedded in our brains; we repeat them so much more often than nouns or verbs, for example.

“We say ‘he’ or ‘she’ or ‘they’ or ‘it’ in almost every single sentence,” Ari told Hallel one morning, “so we have a lot of practice using a pronoun in one way, kind of like walking. Imagine if you had to walk in a new way, it would probably take some time, right?”

Ari tries to be patient with himself and others who coded Hallel as a boy from birth and subconsciously default to “he” now when speaking about Hallel.

“However much we might want to, even when we have the intention to do something, we have the underlying linguistic machinery that is actually making the language happen,” Ari said.

Hallel has a suggestion for grandparents and others: “Refer to me as a group of people.”

“Do you remember what Grandma said to you, the way that she helps to remind herself?” Shira asked Hallel. “She thinks of God. She feels like God is very universal and not a he or she, but more a they. And so she thinks of God when she refers to you.”

I just feel like myself, and that’s it. I don’t feel that different from anybody else.

With excitement, Shira showed Hallel a news story about Merriam-Webster naming “they” the dictionary company’s word of the year.

“Wow, wow,” Hallel said in between mouthfuls of waffles.

“Why wow?” Shira wanted to know.

New still, yes, but familiar to many members of Generation Z and millennials, who say they know someone who uses gender-neutral pronouns.

“Wow,” Hallel said again. “Maybe, like, next year, ‘they’ will be in the dictionary.”

“I think it is in the dictionary already,” Shira told them.

“Already?” said a wide-eyed Hallel, their voice trailing off.

Hallel likes colorful clothes, especially those with pictures of animals.

“When people first see me they think I’m a girl,” Hallel said.

Sometimes Hallel or one of their parents will correct people who make the wrong assumption, but not all the time. Explaining boy-girl, nonbinary or “they” to everyone who calls Hallel “she” in the grocery store checkout line or on the street or at a public event would be exhausting. 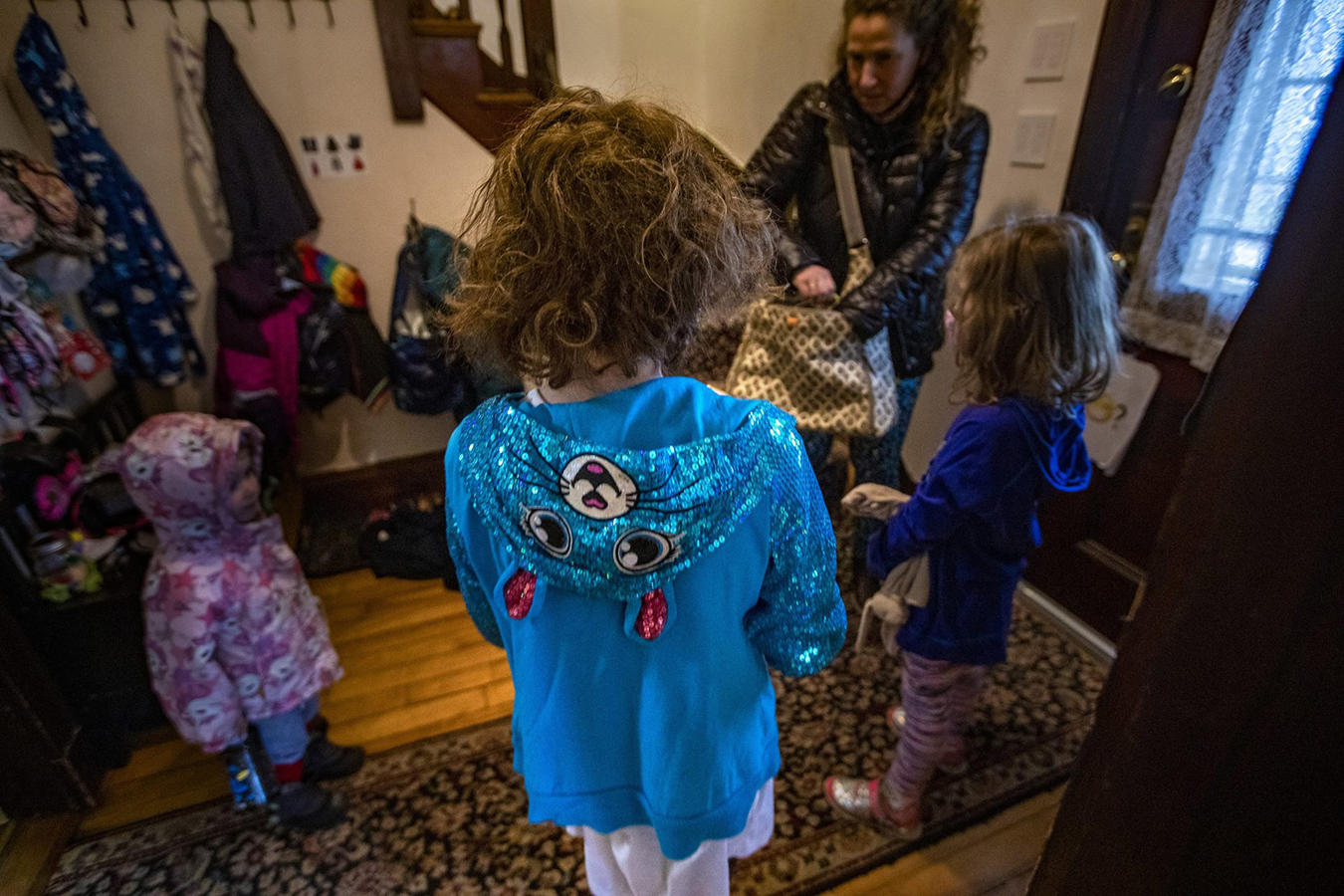 Dropping Hallel at school in a dress was hard for Ari, initially.

“There was an internal squeamishness,” Ari said. “I realized it’s just because it was different and something I wasn’t used to.”

Watching Hallel has changed that.

“They have taken such pride in who they are and in telling people,” Ari said. “And Hallel’s friends have completely embraced Hallel. I’m very grateful to their families for not pulling them back because this is something new or different.”

Hallel said they’ve been told “about 50 times,” mostly by kids at school, that they’re in the wrong bathroom.

They have a system for deciding which bathroom to use.

Sometimes Hallel’s parents intervene. Hallel can use the bathroom of their choice in Massachusetts. But laws vary from state to state.

“Remember when we were in the airport in Hawaii, and I said, ‘Hallel, you’re wearing a dress. I don’t think you should be going into the men’s room even though there’s no line.’ Remember that?” Shira asked.

“Well, I really had to go,” Hallel said.

“I know,” said Shira, “but I was just nervous that you would not be protected in the bathroom.”

“But I thought all those questions became laws,” said Hallel. The family campaigned for the 2018 ballot Question 3 in Massachusetts, which passed, confirming Hallel’s right to use a bathroom aligned with their gender identity.

“We know that you’re protected in Massachusetts, but we have to do our research to understand what the protection is in other states,” Shira explained.

“Well, everyone in Hawaii is nice,” Hallel said.

Hawaii is among the states with laws that specifically protect transgender people in public accommodations. 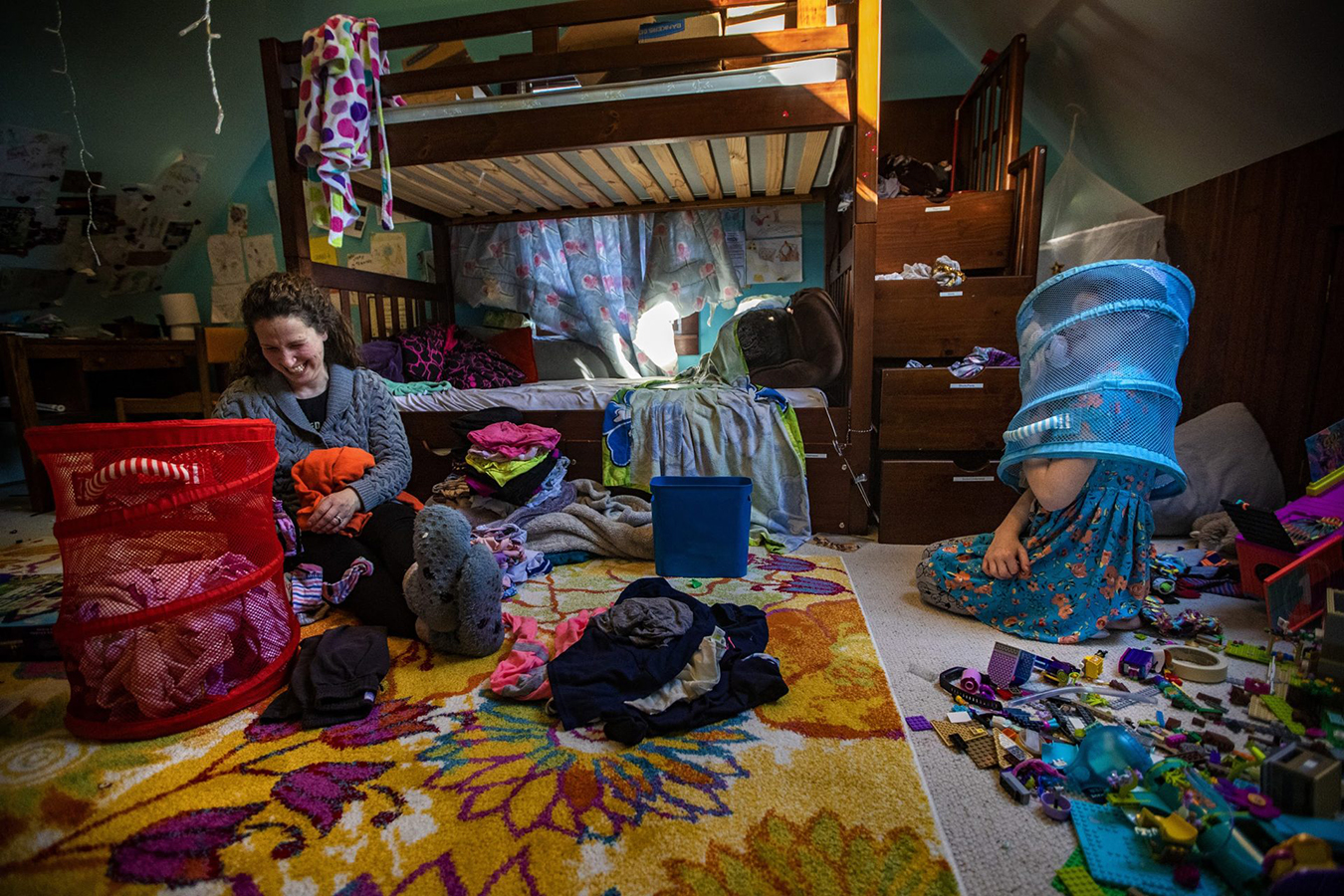 In addition to legal concerns, big questions remain for Hallel and their parents.

In a few years, Hallel will begin preparing for a coming-of-age ceremony in the Jewish faith, using Hebrew, a language that doesn’t have a gender-neutral pronoun. Hallel plans what they are calling a “bart mitzvah,” combining a boy’s bar mitzvah and a girl’s bat mitzvah.

Hallel will be defining a new place for themself within Judaism as they approach puberty, a time when testosterone will deepen Hallel’s voice and make irreversible changes in the bone structure of Hallel’s face and other areas of the body.

“We’ve started to talk with Hallel a little bit,” Ari said. “Hallel very much understands that there are male bodies and female bodies, and on the basis of this conversation Hallel says they feel comfortable with having a male body. So that’s where we are right now.”

I’m personally very hopeful that Hallel will live in a world where they can be who they want to be.

Ari and Shira are getting some help for Hallel through a program at Jewish Big Brothers Big Sisters for LGBTQ+ youth. Within the family, by the way, Hallel is a “brister” to two younger sisters, merging “brother” and “sister.”

Shira looks forward to guidance from someone who can help her understand life as a nonbinary teenager and adult.

“I am very worried about what Hallel’s future will look like,” she said. “My kid affirmed who they are, and … I decided to accept them. But what’s that going to look like when Hallel is 11, 12, 13, in adolescence? I hope it’s gonna be wonderful. I don’t know, though.”

Ari said he has a lot of confidence that Hallel will be OK, based, in part, on the culture he sees among the college students he teaches.

“My students are very comfortable with the idea that people don’t have just male and female genders, and I think that says a lot for our future,” Ari said. “I’m personally very hopeful that Hallel will live in a world where they can be who they want to be.”

“With Hallel, this is who they envisioned themselves to be, and we just didn’t put hurdles in front of them,” she said. “That may be the case for more kids who are trans and nonbinary; their parents are just listening to them.”

Hallel has lots of projects underway with Legos, a podcast, baking and a comic book series they sometimes imagine will lead to fame and fortune. But they don’t spend much time thinking about the future.

“I’ll know it when I live it,” Hallel said. “I don’t really want to think about that stuff because now is now.”

This story is part of a partnership that includes WBUR, NPR and KHN.