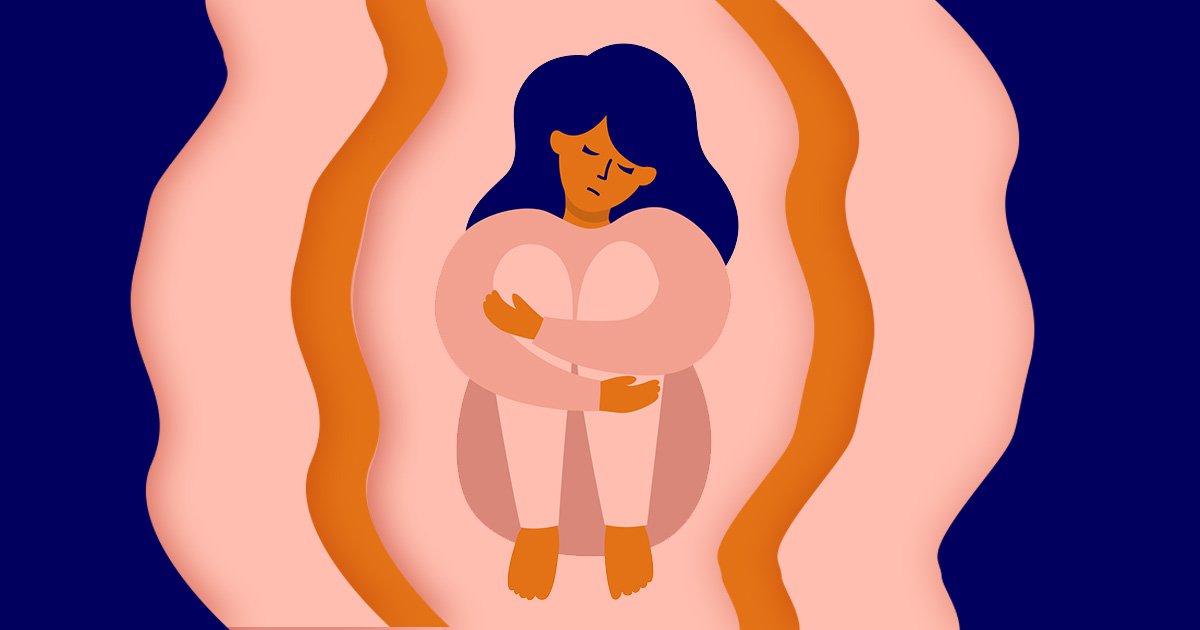 From ruminating over work-related blunders in the middle of the night to repeatedly over-apologising for a miscommunication with a friend – forgiving yourself after making a mistake isn’t always an easy feat.

As fallible human beings, we’re all guilty of getting things wrong from time to time, both at work and in our personal lives.

So why is it that we often beat ourselves up for a minor mess-up? And how might we learn to be more compassionate next time we (inevitably) make the wrong move?

We spoke with counsellor and psychologist, Divya Berry, and psychologist and author of Finding Forgiveness, Dr Stephanie Thornton, about why we’re our own worst critic – and how we can be more forgiving when it comes to our missteps.

Knowing the difference between guilt and shame might help you move past your slip-up more swiftly.

Our tendency to shame ourselves for mistakes is a big obstacle to self-forgiveness.

‘It’s much easier to address guilt, you can reform and apologise,’ Stephanie says. ‘But shame is a difficult thing to get over. The bad thing becomes who you are.’

Shame can lead to a simplified view of ourselves. ‘We indulge in black-and-white thinking. Am I a good or bad person? Am I good or bad at my job or relationship? We don’t use nuance when we think about ourselves, but very few people are entirely good or entirely bad,’ Stephanie notes.

Reframing your mistake as a misjudged act, rather than evidence that you’re a bad parent, friend or employee, might help foster forgiveness. As Stephanie says, ‘reject the wrong action, not the person.’

Giving too much airtime to critical voices will make it harder for you to reach a place of forgiveness.

‘We all have an inner critic and for some it’s very strong,’ Divya says. ‘This can be a really dark place because the inner critic can make things feel very fixed and without softness.’

Instead of over-indulging in these critical thoughts, Divya suggests treating yourself as you would a friend.

‘The first word that comes to mind when I think about forgiveness is empathy, which is something that cannot be stressed enough,’ Divya explains. ‘Empathy helps us extend the same compassion to ourselves as we would to other people. Often I ask clients: what would you say to a friend if they came to you with the same problem?’

Accepting that mistakes and misjudgements are inevitable might help to soften their blow.

Stephanie points out: ‘If you’re trying to live up to high moral standards, of course you’re not going to succeed all the time, of course you will fail.’

Rather than obsessing over our errors, Stephanie suggests we should consider how we can be better in future.

‘Today is not the final version of you, you’re a work in progress,’ she tells us. ‘What you can do after making a mistake is accept that you’ve messed up and promise to be better tomorrow.

‘That’s the way to forgive yourself – the commitment to trying to be better.’

Instead of beating yourself up, take a moment to reflect on what you’ve learnt from your mistake and how you could approach things for the better in future.

Step away from perfectionism

Divya speaks about the perils of perfectionism that can be felt with more force if we have low self-esteem.

‘When you’re not sure of your own self-worth, you wonder how other people are going to see you,’ she explains. ‘If you don’t feel good about yourself, you might feel like there’s less room for error.’

As a result, even the smallest of slip-ups – a typo in an email or a Whatsapp message forgotten and left on read – can feel like a catastrophic error.

Easing your grip on perfectionism and learning to take your mistakes less seriously may help you recover with resilience.

‘Try to accept the parts of yourself that are more complicated, taking the mucky stuff with the brighter stuff,’ Divya says.

Put the mistake into perspective

Your mistake might feel like a huge event in your life, but chances are others won’t see it as such a big deal.

Reaching out to friends or family can help you see the bigger picture and feel more confident in yourself.

‘The value of social support is often understated,’ Divya says. ‘When you have that softness, and you have relationships that give you confidence, you might be able to take some of life’s challenges with a lighter eye, rather than taking things very intensely and personally.’

And in your efforts to show yourself more compassion, it’s worth considering whether your error or misjudgement is really at the top of people’s lists of things to worry about.

‘Most of the mistakes we make are not in this category, we apologise and are forgiven,’ Stephanie suggests. ‘Beating yourself up doesn’t benefit anyone: commit to reform and move on.’