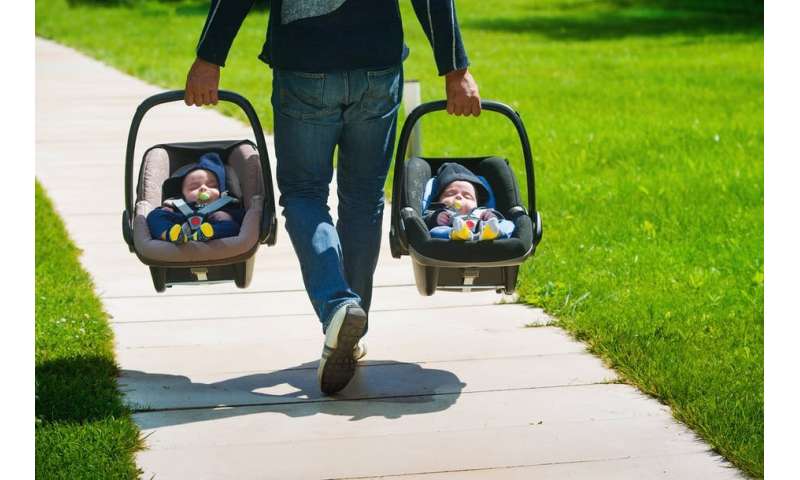 People differ substantially in how much they’re affected by experiences in their lives. Some people seem to be more affected by daily stress, or the loss of someone close to them. On the other hand, some people seem to get through the same experiences relatively unscathed. Similarly, some people benefit strongly from counselling, or having a support system of close family and friends. Others seem better able to manage on their own.

But understanding why some people are more sensitive than others isn’t just a question of how they were raised, and the experiences they’ve been through. In fact, previous research has found that some people in general seem more sensitive to what they experience—and some are generally less sensitive.

According to psychological theories, differences in such “environmental sensitivity” reflect how able a person is to perceive and process information about the events in their life. Essentially, this is how sensitive you are. A person’s sensitivity level can be measured by a short questionnaire.

But many also believe that sensitivity has a genetic basis. Previous studies have investigated whether specific genes make some people more sensitive. However, no study so far has provided an estimate for how much genetic factors contribute to how sensitive a person is.

In our latest research, we looked at data collected from more than 2,800 identical and non-identical twins from the UK who have taken part in the Twins Early Development Study in order to investigate the heritability of sensitivity and how it relates to other personality traits. Heritability describes what proportion of the differences between people in relation to a particular trait can be attributed to genetic factors alone.

Participants were asked to fill out a questionnaire that measured their sensitivity levels. The questionnaire asked them how much they usually get affected by a various psychological and sensory experiences. For example, they were asked how much they notice when small things around them have changed, whether loud noises make them feel uncomfortable, and whether they dislike watching violent TV programmes. The participants were about 17 years old when the data were collected.

However, these types of studies have also been criticised for their limitations. For example, identical twins’ experiences, such as how they’re raised, or the environment they’re raised in, may be different than that of non-identical twins, which can lead to an overestimation of heritability estimates. This could mean that the heritability is not as high as sometimes indicated when using this type of research method.

We found that 47% of the differences in peoples’ sensitivity are indeed explained by genetic factors. But the remaining 53% of a person’s level of sensitivity is shaped by life experiences. In other words, genetics accounts for just under half of the reason you may be a more sensitive person.

Although this study didn’t examine what the specific genes are that make some people more sensitive than others, it did show that sensitivity is a heritable trait with a substantial genetic basis. We also found that a large part of this heritability is shared with other common personality traits, such as neuroticism and extraversion.