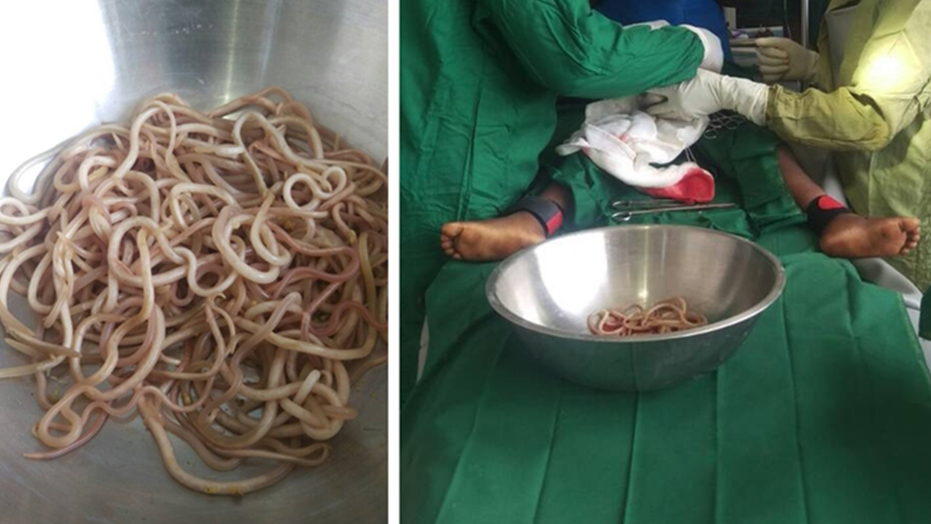 A 4-year-old boy with a history of stomach pain, vomiting and abdominal distention eventually landed on the operating table where surgeons manually removed dozens of worms that had been living in his intestines. The boy, who was not named in the case report but was said to live in northwest Cameroon, had no history of deworming since birth, which is typically a common practice in that region. 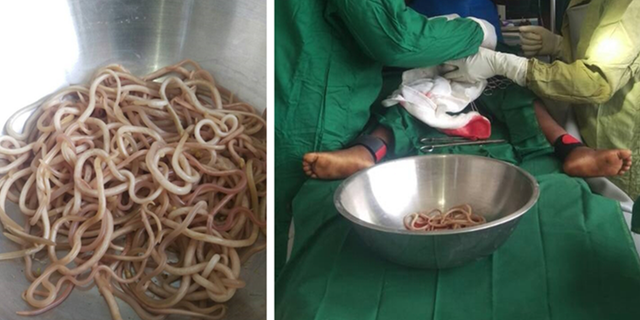 “Ascariasis is the leading helminthic infection worldwide, with its peak prevalence noticed in children aged 2-10 years,” the authors wrote in the Journal of Medical Case Reports, which was published May 24. “Although mainly asymptomatic, chronic and heavy infestation could lead to severe complications such as malnutrition, poor physical and cognitive development, as well as intestinal obstruction.”

Upon examination, the boy’s doctors recognized a small bowel obstruction, which prompted them to make a 0.8-inch cut. Surgeons then removed “bundles of Ascaris lumbricoides worms” manually and “by milking through the stoma.”

An estimated 807 million to 1.2 billion people in the world are infected with Ascaris lumbricoides, which are parasitic worms known as soil-transmitted helminths, according to the Centers for Disease Control and Prevention (CDC). The parasites live in the intestine and eggs are passed in the feces of infected people. If an infected person defecates outside, or if the feces of an infected person are used in fertilizer, eggs are deposited on the soil. The eggs can then mature into a form of the parasite that is infective.

Infection can occur when hands or fingers that have contaminated dirt on them are put in the mouth, or by consuming vegetables or fruits that have not been carefully cooked, washed or peeled, according to the CDC. Heavy infections cause intestinal blockage and may impair growth in children. Other symptoms may present as a cough due to the migration of the worms through the body. It can be treated with medication, but in the boy’s case, surgeons decided to operate.

After the surgery, doctors dewormed the boy and his family members with an oral dose of mebendazole, and he was released after seven days. One week later, surgeons recorded that his wounds had healed.

The authors noted that the boy’s case points to a larger public health issue in Cameroon, where deworming programs are affected by lack of funding and access in high-risk areas.